Miocic And dos Santos Both Gunning For Cormier 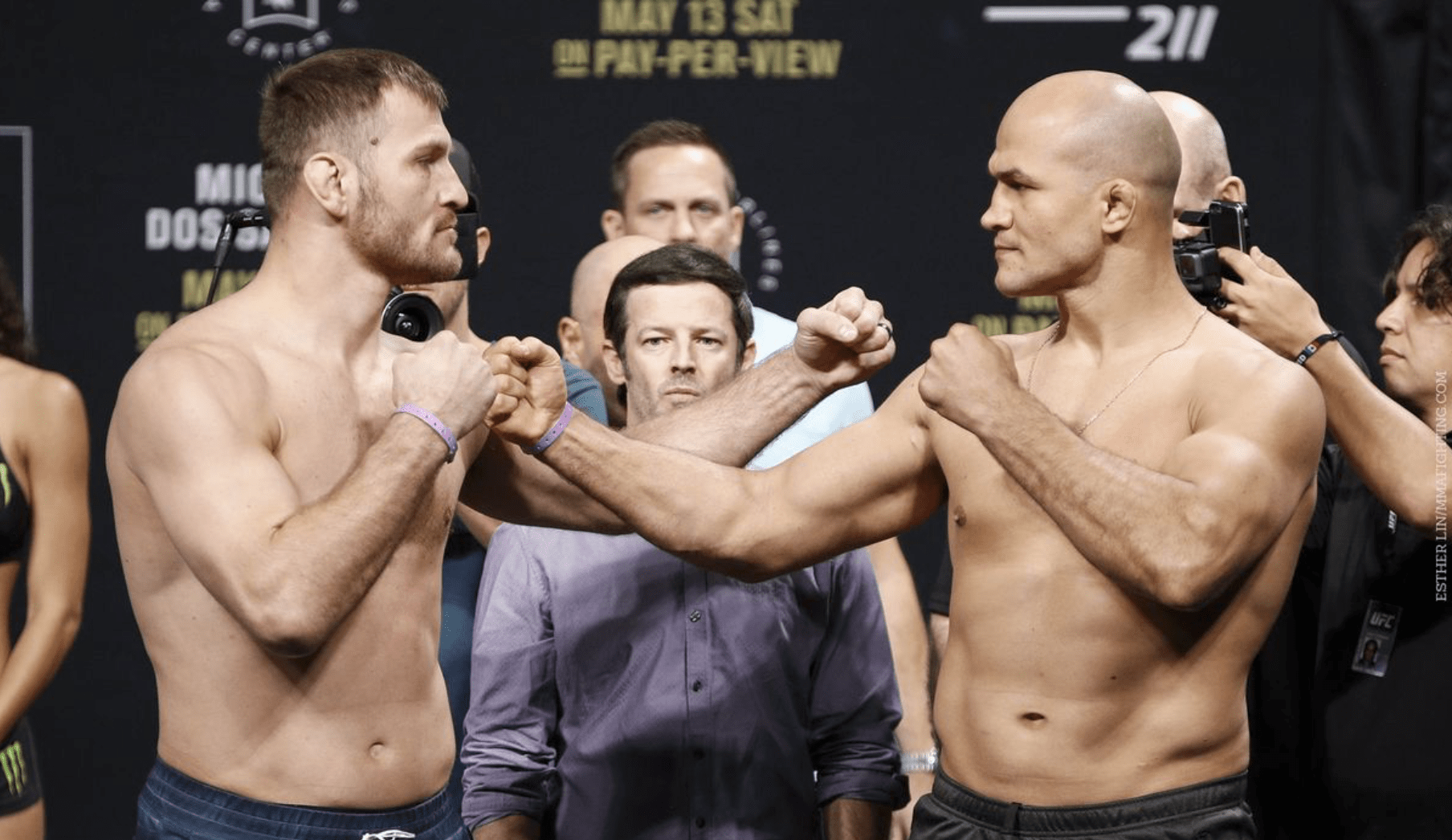 Since losing his UFC heavyweight title to Daniel Cormier at UFC 226 last July, Stipe Miocic hasn’t been shy in asking for an immediate rematch. Taking in mind he lost in pretty devastating fashion and the fact he defended the belt more than any other heavyweight champion in UFC history, there’s an argument on both sides, whether he should get an immediate rematch or not.

Miocic is so determined in his quest to get a rematch, he even put out a video on his YouTube channel on Monday, campaigning for the fight.

Also, while speaking to MMA Fighting, Miocic said he believes he’s the better fighter and is even more motivated, after his daughter Meelah was born a short time after UFC 226.

“It’s my mindset. Always going forward, working hard. Nothing is ever given, it’s all earned.”

Miocic hasn’t gotten over the fact that he feels like he was winning the fight, before Cormier landed the punch in the first round that brought an end to his title run.

“I felt like I was winning the fight. I felt like I kind of got off track of what I was doing, not doing my usual and listening to the game plan. And just kind of overstepped what I needed to do and he caught me with a punch, a punch I didn’t see. I’ll say to this day, he doesn’t hit as hard as [Francis] Ngannou. It was just right on the button, right where it needed to be.

“It wasn’t like he was wiping the floor with me. I just knew I was the better fighter in there. And let me tell you something, next time it happens, next time we fight, you’ll see a different fighter. A whole new me. A lot has changed.”

The former champion believes that Cormier owes him the rematch and if it was the other way round, he would do the same.

“He’s a gentleman like me. If the roles were reversed, I’d do the same. I’d give him the shot back. I wouldn’t sit around and say, ‘No no, we’re good, I’m gonna fight someone else.’ No, man.

“My plan, of course, is to get that rematch. I’ve been saying that this whole time. We’ll see what happens. Just right now, I’m in the gym getting better every day, loving life, enjoying my daughter every day, watching her grow up.”

Stipe isn’t the only former champion gunning for Cormier. Junior dos Santos is also targeting a title shot at the champ, before he retires. As he also told MMA Fighting, saying that his main event with Derrick Lewis at UFC Wichita next month is the perfect fight to give him the next shot at the belt.

”Derrick Lewis just fought for the belt, he’s No. 2 in that ranking the UFC does, so it’s a great fight. It’s the type of challenge I was hoping for, it motivates us, so I’m happy. We’ll have a short camp this time, only two months, but it will be enough.

“Derrick Lewis is ranked No. 2, so I think I can definitely fight for the belt after this win. What matters the most is getting good victories. I’m already qualified to fight for the belt, but we obviously need a winning streak to get there.

”People want to see the best fighting for the title, and I think I’ll be on my way to the belt with this win. That makes me happy because I know Cormier is planning on retiring soon and one of my goals would be fighting him before he retires. There are several important fights I still want to do, but since he’s retiring soon, it would be a challenge that would both motivate and excite me.

”My goal is to become champion, of course. With Cormier wanting to retire, I thought this fight would be very interesting. He’s an exceptional guy, a two-division champion. I wasn’t around in Fedor’s [Emelianenko] era, it would have been a great pleasure to face him, so I want to fight a two-division champion before he retires.”

dos Santos is coming off of two wins, including a second round TKO win over Tai Tuivasa in December.

Miocic and dos Santos have fought twice, with JDS winning their first encounter, via a unanimous decision in 2014, and Miocic winning the rematch at UFC 211 in 2017, via a first round TKO.