UFC: Miocic Won’t Think About Jones Until He Beats Ngannou 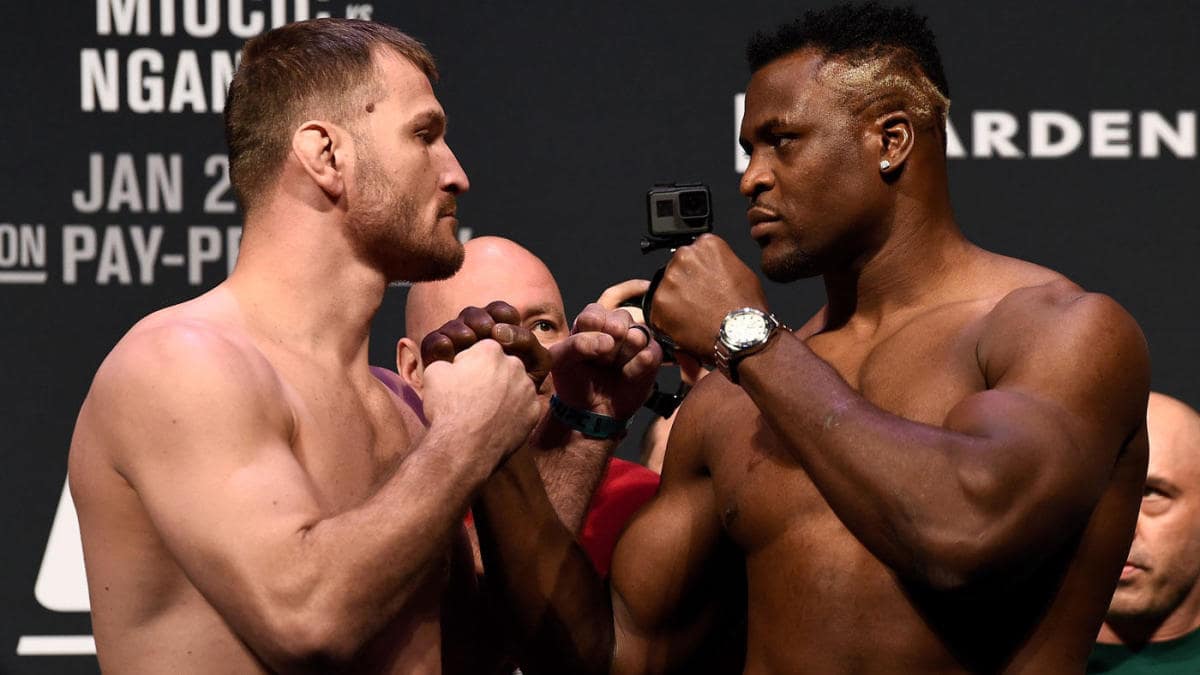 Stipe Miocic is fully focused on his upcoming title defence against Francis Ngannou in the UFC 260 main event. And for now, he’s not worried about Jon Jones, who is set to fight the winner.

In their first meeting at UFC 220, Miocic weathered the early storm against Ngannou and then dominated his opponent with a wrestling-heavy strategy to churn out a unanimous decision victory. ‘The Predator’ admitted that his inexperience led to his downfall in 2018, but he’s since worked his way back up, winning his last four fights, all in the first round.

Speaking to MMA Fighting, Miocic said that he expects his rematch with Ngannou to be a completely different fight from their first encounter.

“It won’t be nothing like the first fight because he’s definitely gotten better and so have I,” Miocic said. “A lot of things are going to change. I’m trying to make it a more one-sided fight, and of course try to end it early, but he’s gotten better. The man hits hard and it’s the heavyweight division so anything can happen.

Ngannou has been working hard on his wrestling in the last few years to avoid a repeat of UFC 220, and will have Kamaru Usman in his corner at UFC 260. But even with the UFC welterweight champion cornering him, Miocic still believes he’s a bad matchup for him.

“I think I’m a bad matchup for anyone,” Miocic stated. “Like I was saying before, me and my coaches come with a great game plan. We work at it for eight to ten weeks. That’s all we work on. As long as I listen to the game plan, do what I’m told, I’ll be fine.”

While Miocic would ideally like to finish Ngannou, he’ll be happy to get his hand raised by any means necessary.

“You’re always looking for the finish. That would be great. That’s what I’m always looking for but if it don’t happen, I’m happy with a decision,” Miocic said. “I don’t care if it’s a knockout, submission or decision and I’m getting my hand raised. That’s all I’m going to do. I’m walking out ‘and still.’ That’s all you’re going to hear. My hand raised and belt wrapped around my waist. Nothing’s going to change.

“I win by any means necessary. I’m going to get that win. Walk out with my hand raised, belt around my waist. And still. Nothing’s going to change. You’ll find out come Saturday.”

With Jones waiting to fight the winner, it would be easy for Miocic to have one eye on the potential legacy fight with the light heavyweight GOAT. However, the reigning champion insists that he’s not looking past the challenge of Ngannou.

“Right now all I’m worried about is the fight coming up with Francis,” Miocic said. “That’s all I care about. I’m not going to worry about Jon Jones until I take care of business. No question [Jones is a big fight for my legacy], definitely but all I’m worried about is Francis. That’s all I care about. The task at hand right now. He’s the only one.”

Who do you think wins the heavyweight title rematch between Stipe Miocic and Francis Ngannou at UFC 260?