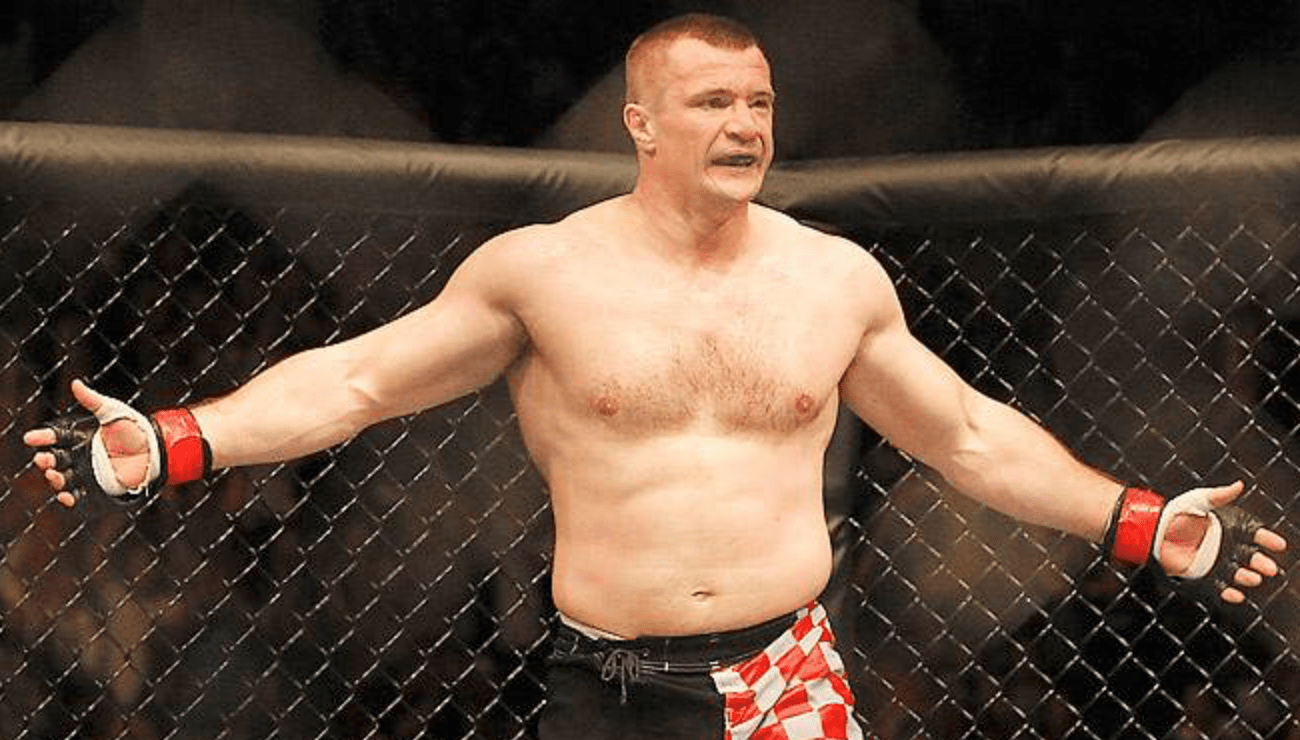 Mirko “Cro Cop” Filipovic, has announced his retirement on Croatian television. The Croatian said that following his win over Roy Nelson last month at Bellator 216, he had a stroke and was told by doctors not to fight again. As he told ESPN.

“I was very lucky. I must not take punches to the head ever again.”

“I had bleeding in the brain” told Dnevnik Nove TV in Croatia. “I came out of the hospital today and that’s why I wanted to come here to see people feeling good. I had an unbelievable luck in the accident.

“I will never enter the ring again. I cannot let someone hit me.”

‘Cro Cop’ said the stroke was not caused by his fight with Nelson but was caused by a neck issue that had been bothering him for several months.

In an incredible career that ended in Bellator, ‘Cro Cop’ also fought in the biggest promotions in the world, UFC, Pride, WEC, Strikeforce and Rizin FF.

Considered one of the most feared fighters we’ve ever seen in the sport, he once famously referred to his legs as, “Right leg, hospital; left leg, cemetery.”