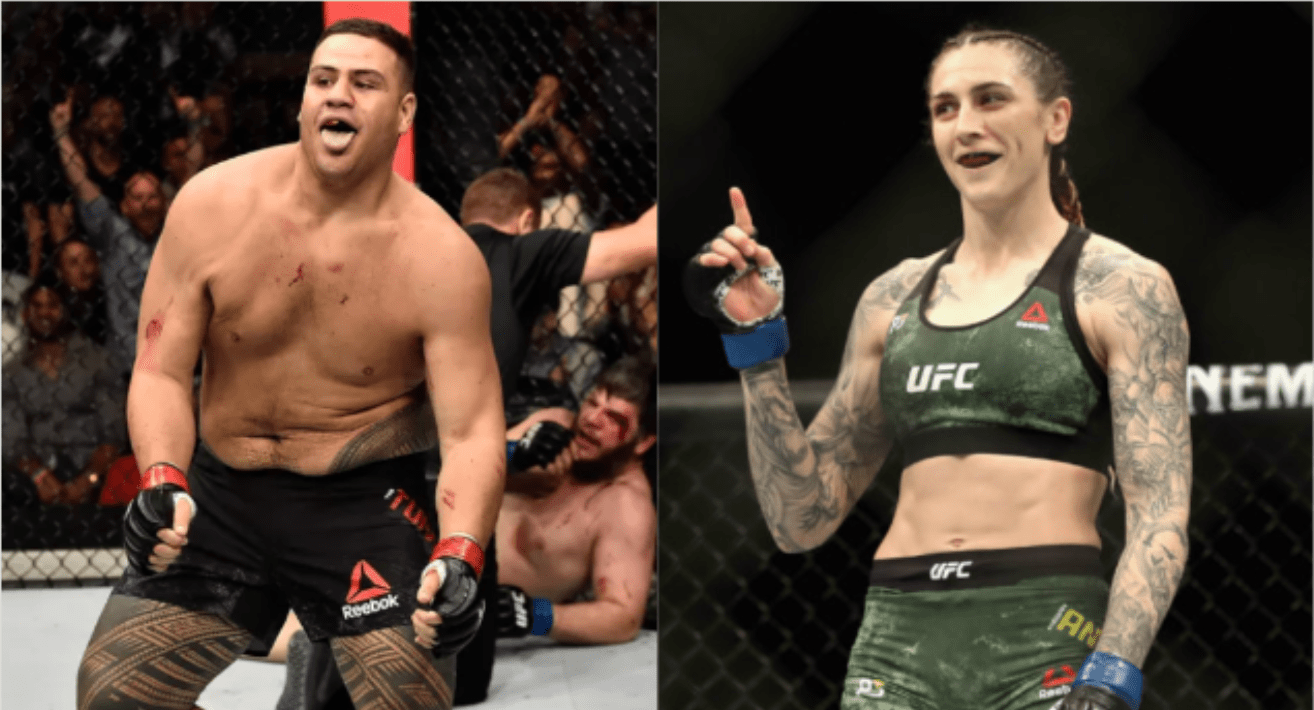 After months of speculation, we finally found out where UFC 243 will take place, earlier this week. The huge October 5th card will go down at the Marvel Stadium, in Melbourne, Australia.

Now that we have a venue and the perfect main event to wow the tens of thousands of fans that are expected to attend, we can start looking forward to the rest of the card filling up.

And we now have the first few fights to look forward to. Starting with a heavyweight clash between home favourite Tai Tuivasa, and Sergey Spivak. Having won the first eight fights of his professional career, Tuivasa has lost his last two. Losing to Junior dos Santos, via second round TKO last December at UFC Adelaide and more recently, to Blagoy Ivanov via unanimous decision.

Speaking to ESPN, ‘Bam Bam’ said he couldn’t wait to get back inside the Octagon and get back to winning ways.

Twenty four year old Spivak, holds a very similar record to his opponent. After winning the first nine fights of his pro career, the Ukrainian then lost to Walt Harris in his UFC debut at UFC Ottawa, via a TKO in the first minute.

Australia’s Megan Anderson will also be looking to bounce to winning ways, when she takes on UFC debutant Zarah Fairn dos Santos. 29 year old Anderson was submitted by Felicia Spencer at UFC Rochester in May. France’s dos Santos has a 6-2 record and is coming off of a first round TKO win over Izabela Badurek last December, at Ladies Fight Night 7.

Another Aussie looking to get back to winning ways in Melbourne, will be Nadia Kassem. The 23 year old last fight took place in Melbourne at UFC 234, where she lost for the first time in her pro MMA career, to Montana De La Rosa. She will face Ji Yeon Kim in a women’s flyweight bout.

Kim will be competing in her fifth UFC fight. The South Korean holds wins over Justine Kish and Melinda Fabian but lost last time out, to Antonina Shevchenko last November.

Also confirmed for UFC 243, Luke Jumeau and Dhiego Lima at welterweight and a heavyweight contest between Justin Tafa and Yorgan De Castro.

And it is expected that Australia’s Alex Volkanovski will challenge the winner of this weekend’s UFC featherweight title clash between Max Holloway and Frankie Edgar, at UFC 243.