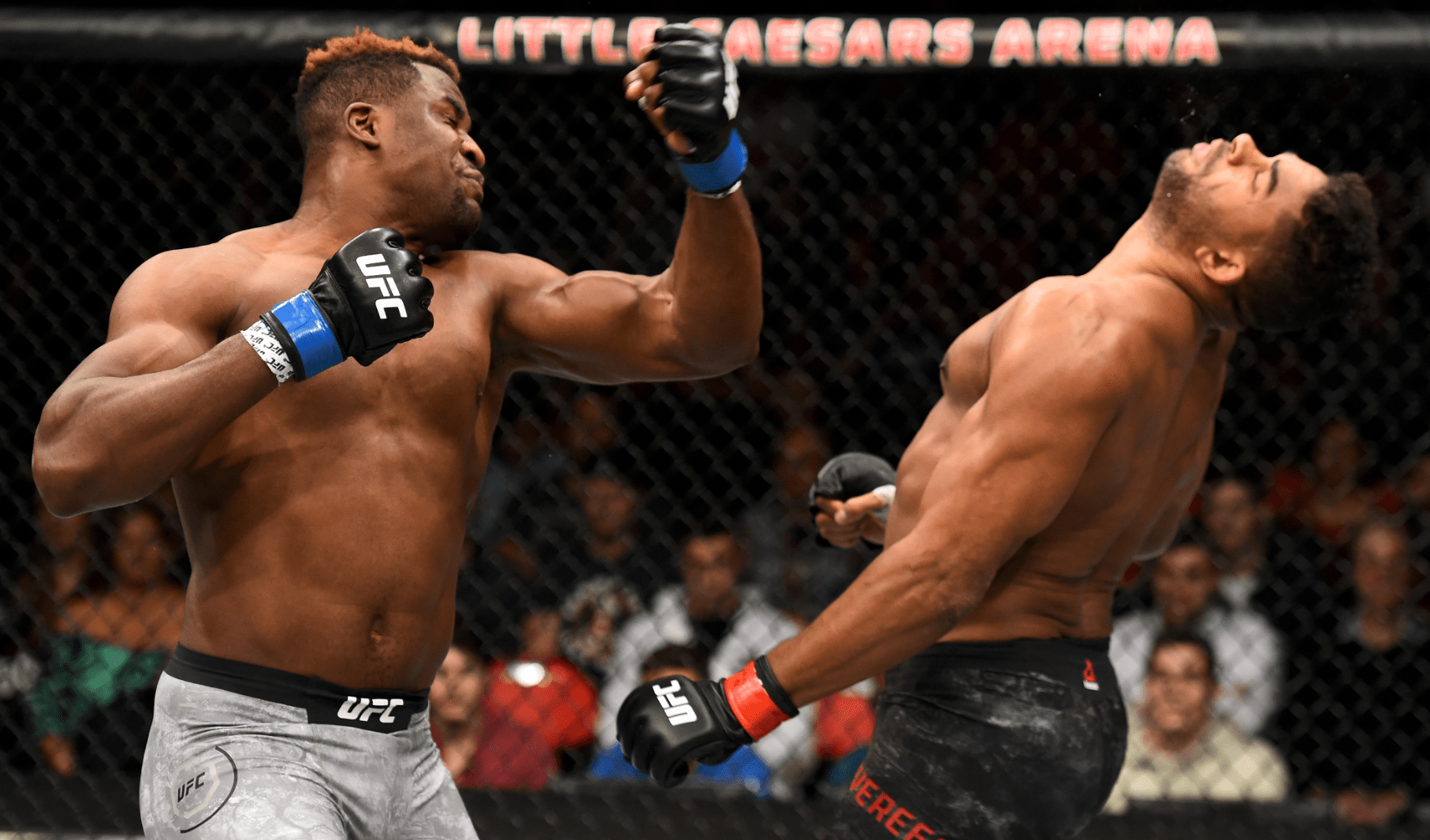 UFC 239 has really started to shape up the last few days. First up was an exciting matchup between Luke Rockhold and Jan Blachowicz was announced. That was soon followed by news that Jon Jones would defend his light heavyweight belt against Thiago Santos and Amanda Nunes would defend her women’s bantamweight title.

Now we also have a huge heavyweight fight to look forward to, as Junior dos Santos will face Francis Ngannou. The two were originally set to meet at UFC 215 in 2017 but was cancelled after the Brazilian was provisionally suspended by USADA for a possible performance enhancing drug violation. Although he was later cleared for unknowingly ingested a contaminated supplement, that contained a banned substance.

Since coming back from his suspension, dos Santos has won all three fights, including a TKO finish over Derrick Lewis last time out, earlier this month.

Ngannou is coming off of back to back TKO wins over Curtis Blaydes and Cain Velasquez.

It also looks like Ben Askren vs Jorge Masvidal is heading to UFC 239. The UFC wanted to make the fight for UFC 238 on June 8th, in Chicago but Masvidal said he couldn’t make this date. Askren has agreed to fight at UFC 239 but as of yet, the UFC haven’t confirmed anything.

UFC 239 goes down on July 6th, at The T-Mobile Arena in Las Vegas, as part of the UFC International Fight Week.