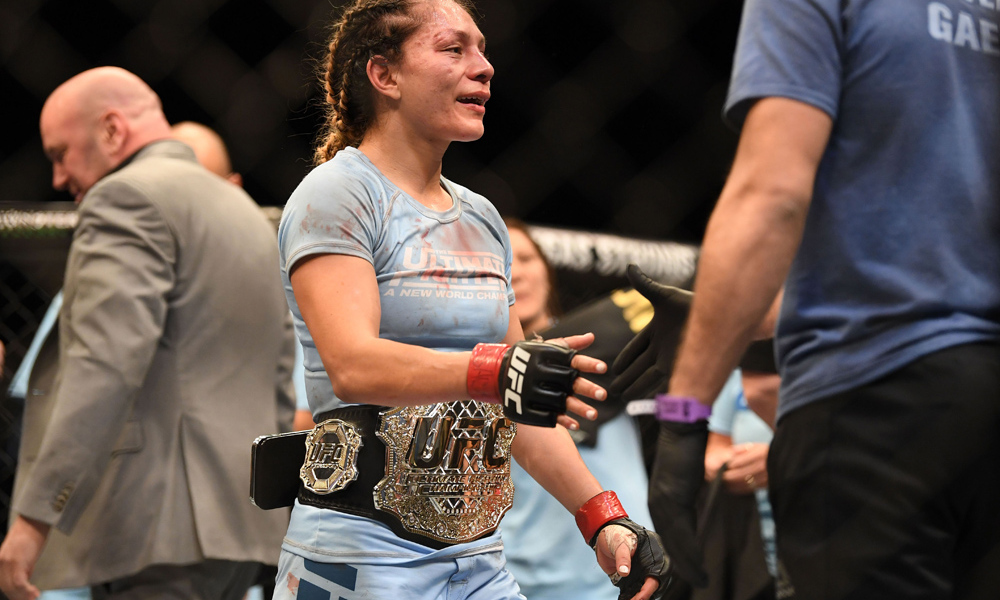 UFC returns to Sacramento on July 13th, at the Golden 1 Center with the UFC Sacramento card. As previously reported, former UFC bantamweight champion Cody Garbrandt was offered a fight, but his manager believed that it was too soon for the former champion to return, following his loss to Munhoz at UFC 235.

It is now being reported that the inaugural UFC Women’s Flyweight Champion Nicco Montano (4-2) will make her return to the Octagon at UFC Sacramento. As per the reports, the former champion, who was stripped of her title, will face former bantamweight title challenger Sara McMann (11-5), with Montano moving up a weight class.

Elsewhere, Darren Elkins is expected to return in July, to fight Ryan Hall. Elkins (24-7) lost his previous two fights to Ricardo Lamas and Alexander Volkanovski respectively, after racking up six straight wins. His opponent Hall (7-1) is yet to lose a fight in the UFC, last defeating former UFC champion B. J. Penn in December.

Team Alpha Male fighter Cynthia Calvillo will also return to the cage at UFC Sacramento, as she is expected to face Livinha Souza.

Here are some of the announced fights on the card.