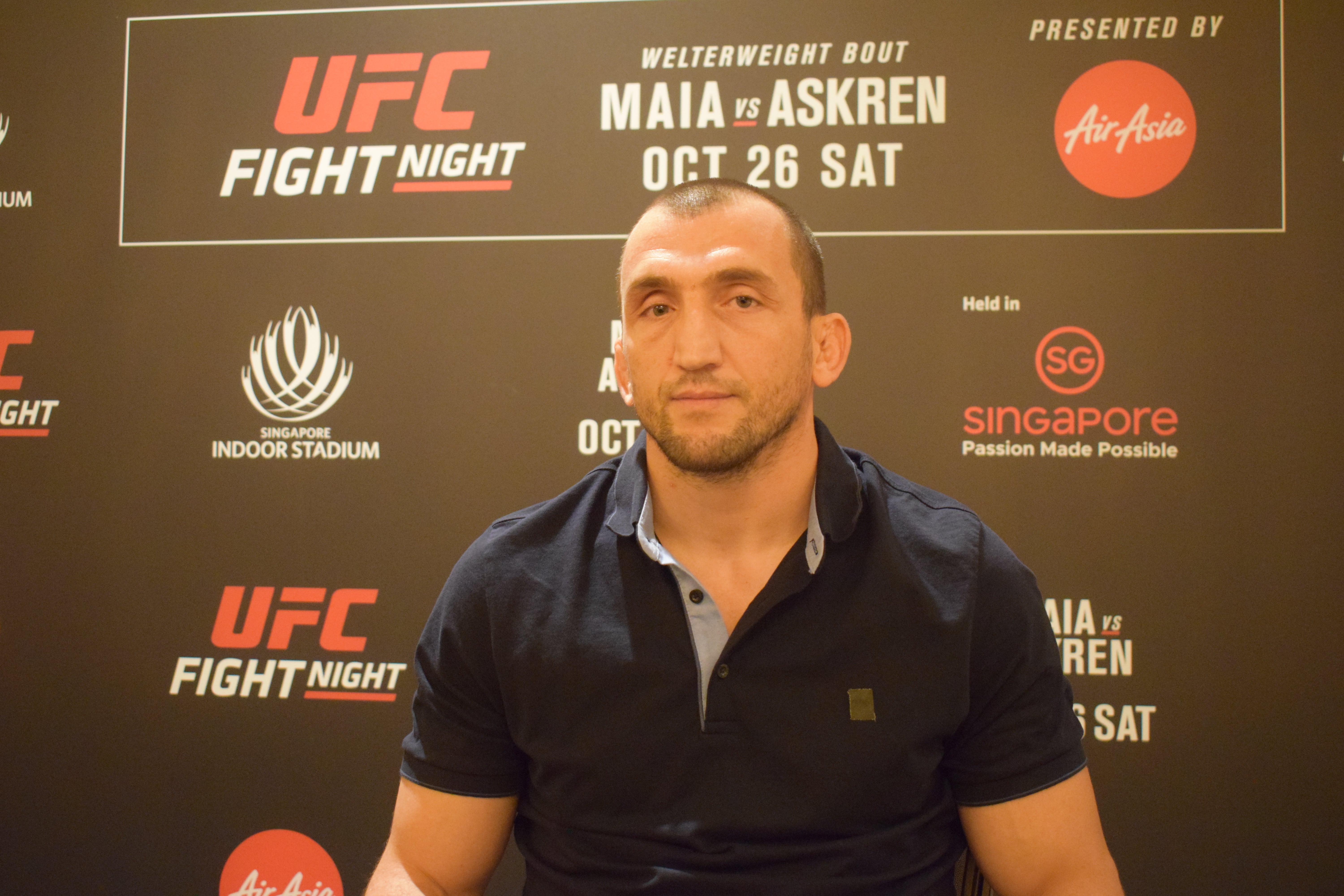 This past weekend at UFC Singapore, Muslim Salikhov extended his win streak by picking up a unanimous decision win over Argentina’s Laureano Staropoli. With a 16-2 win-loss record in MMA, and 3-1 win-loss record in the UFC, Salikhov has been impressive, with his only blemish in the UFC coming during his debut.

Muslim Salikhov is a multiple time Wushu Sanda world champion, and showed that he could adjust his game plan according to the situation during his fight in Singapore. With the win, Salikhov now wants to fight in China, against one of China’s top prospects, “The Leech” Li Jingliang.

“The match up was good”, Salikhov told us after the fight. “The opponent (Staropoli) was very tough. He took some hard punches, but he was very tough. and he never gave up. He’s a good guy; I’m very respectful of him now.”

With Salikhov riding on three back-to-back wins, it almost feels like he can call out his next opponent. And Salikhov already has China’s Lijing Liang in his sights.

“I’d like to fight Li Jingliang”, Muslim confirmed. “I talked about his before. He’s a good fighter, he’s in top 15. I’m very famous in China, he’s famous in China. I think all Chinese fans are waiting for this fight. I think it’s going to be a good fight for us.

“Then they invited me to live in China, to train there. I fought every month there, it was a good experience for me. So I really appreciate Chinese MMA and kickboxing promotions.”

Muslim Salikhov also said that his opponent’s strong chin took him by surprise this weekend, and is eyeing a quick turnaround fight in early 2020.