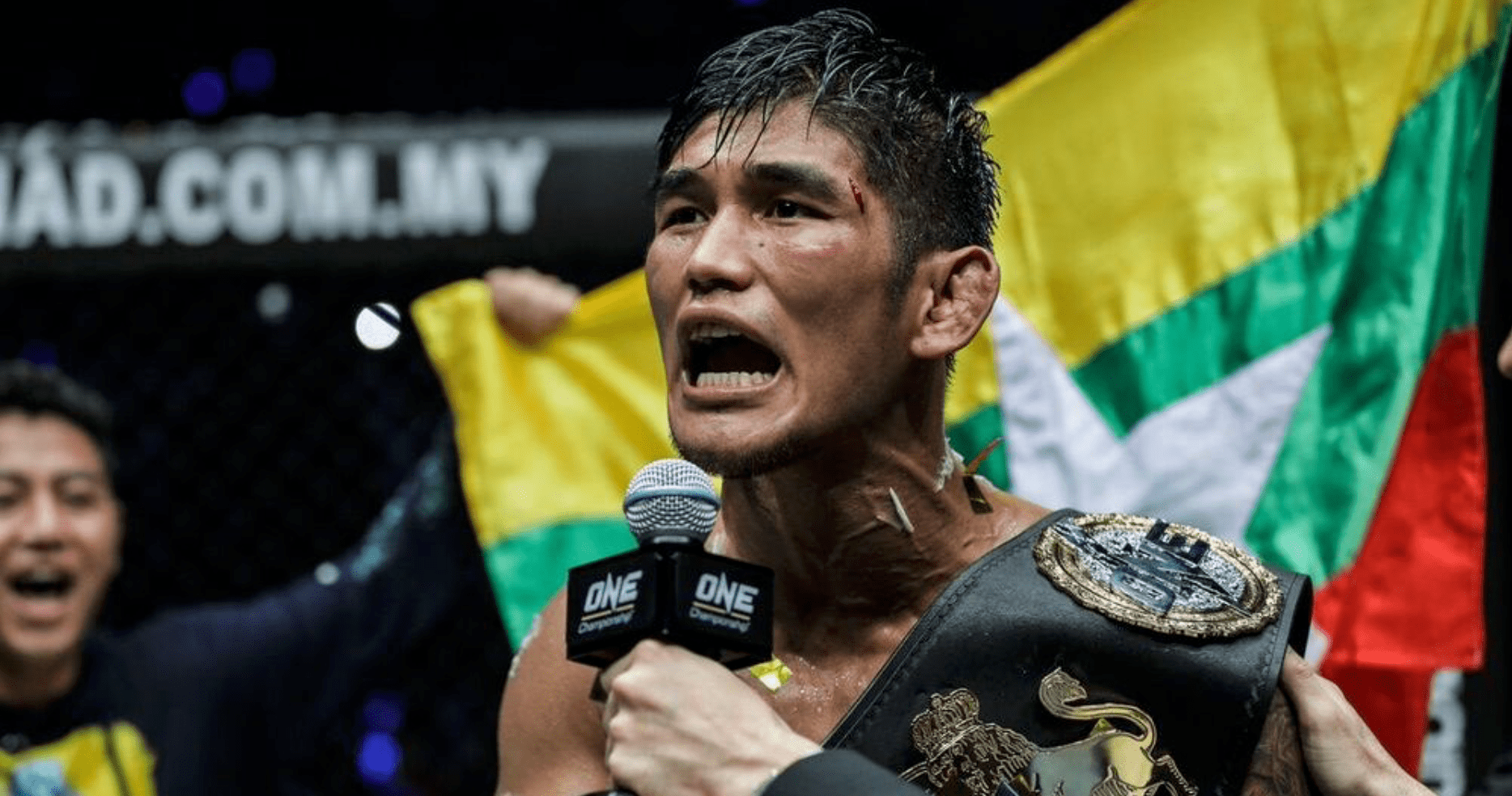 This coming weekend will be ONE Championship’s grandest event to date and Myanmar’s Aung La N Sang is going to headline the biggest fight on that night, as he defends his Light Heavyweight crown against Brandon Vera.

Despite being a very successful martial artist and individual, Aung La never forgets Myanmar, the country where he hails from and which he is proud to represent. ‘The Burmese Python’ is grateful for the support he receives from his countrymen.

“It’s amazing. From little kids to old people, they give me so much love and support. It’s overwhelming at times, but it’s super awesome, the last time I was there was the first week of March when my friend Tial Thang fought, and I cornered him. It was an amazing trip, and he won the fight as well. It’s a different world over there. It’s one of the poorer countries, but the people are all so generous and kind,” Aung La said.

N Sang decided to leave his home country in 2003 to chase his dream and went to the United States for greener pastures, but he points out that these are the things he should not take for granted, knowing that life in Myanmar is quite difficult.

“The things that we take for granted are a luxury over there. Going to Walmart would be a luxury in Myanmar. Buying stuff from a gas station, or even having electricity, internet or cable – that’s a luxury.”

“It reminds me how blessed I am, and how I should be grateful for everything that I have here, and it gives me more of a drive. Eventually, I want to be able to go back, stay there, and do some really good work in Myanmar,” continued Aung La.

Recognising the hardships, the two-division world champion still carries his Myanmar traits even if he is currently residing in the US.

Aung La is also very proud to share contents that are from his native country when he posts on his social media platforms, to show the world how beautiful Myanmar is.

ONE: Century goes down this Sunday at the Ryogoku Kokugikan in Tokyo, Japan. Here’s how you can watch:

How To Watch ONE: Century