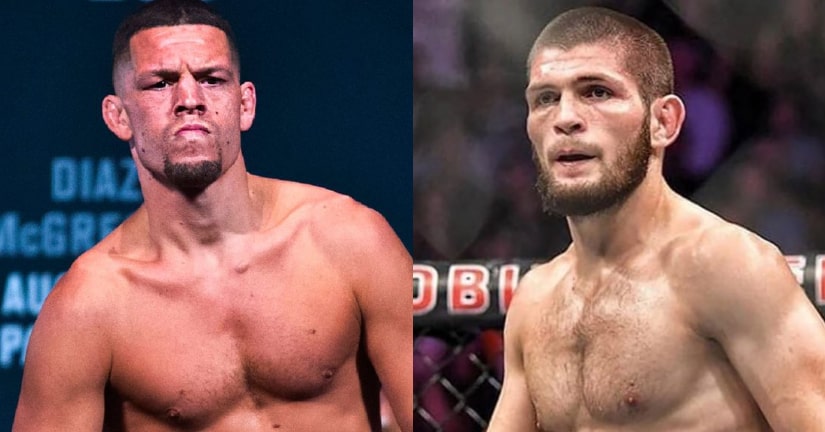 Following the back and forth between Khabib Nurmagomedov and Conor McGregor over the weekend, (you can see that here), Nate Diaz joined the party and started is own back and forth with the current UFC lightweight champion.

Khabib responded by posting this footage of their run in back in 2015 and accused Nate of hiding behind security and running away.

For the time being, Nate responded one more time.

Khabib wasn’t finished though, posting another video of the incident.

MMA Team Dagestan was then on hand to post several more responses to Nate.

Conor Mcgregor was the opponent for both Khabib and Nate. That was at UFC 202 for Nate, where he lost a very close decision. Khabib obviously fought McGregor much more recently, submitting the Irish man in the fourth round at UFC 229.

Whether the two will ever fight inside the Octagon, we’ll have to wait and see. Khabib is await to hear his fate from the Nevada State Athletic Commission, for the fracas at UFC 229. Whilst Nate has been reluctant to step foot back in the cage, since his rematch with McGregor in August 2016.

Would you like to see Khabib vs Nate inside the Octagon?