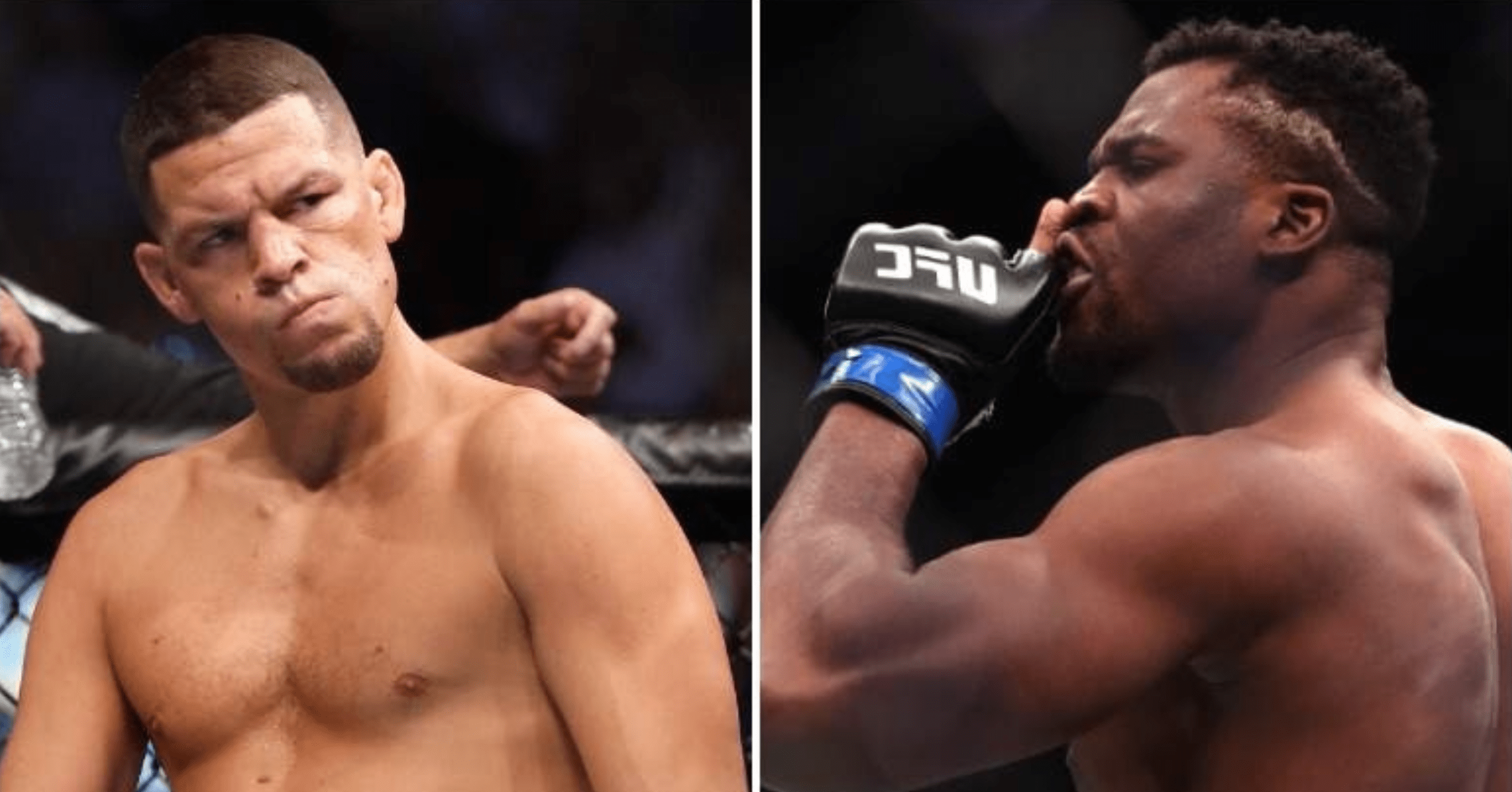 Ahead of his return to the Octagon against Leon Edwards at UFC 263, Nate Diaz has put UFC heavyweight champion Francis Ngannou, and the rest of the fighters demanding better pay, in their place.

Logan and Jake Paul’s entry into combat sports has raised many eyebrows in the MMA circle, especially over the pay structure in the sport. The elder brother, who fought Floyd Mayweather in a boxing exhibition this past weekend, reportedly made a whopping $20 million, with ‘Money’ banking around $100 million.

Younger brother Jake also made around $1 million in his boxing match with Ben Askren, which he won via first round TKO. This has made several UFC fighters question the company’s pay model.

‘You Should Have Listened To Daddy’

In an interview with Yahoo! Sports (as transcribed by MMA Fighting), Diaz dissed Ngannou and the rest of the UFC roster for speaking up a little too late about the issue.

“What is he doing wrong?” Diaz said. “What is Francis Ngannou doing wrong? I’ve been doing more right than all these motherf***ers for years and years. They should have been spitting all that ‘I need money s*** a long time ago, like I was.

“I was never no champion and I was saying, ‘F*** you, let me get some money cracking,’ and what happened? My stock just raised anyway and nobody was jumping on and now they’re like, ‘What are we doing wrong?’ You should have listened to your daddy years ago motherf***ers, all of you, the whole roster.”

Although he’s never held a UFC title, Diaz is still one of the most popular fighters in the world, partly because of his two fights with Conor McGregor. However, the Stockton native believes his authentic persona is what’s made him the star he is today.

“Just probably that we’re here doing the same thing we’ve been doing the whole time, only better and getting better in some type of aspect,” Diaz said. “I feel like I am. It’s not hard to just not be lame. That’s what I think about it.”

Diaz has been very inactive in the past five years, competing only four times. The 36 year old however, says it’s because his peers have been dodging him in recent years.

“I always want to fight multiple times,” Diaz said. “It’s these motherf***ing fighters out here playing dodgeball is the reason why I’m not active. They decide to play like I’m inactive.”

Do you agree with Nate Diaz?