Nate Diaz Hits Out At Khabib, McGregor And The UFC 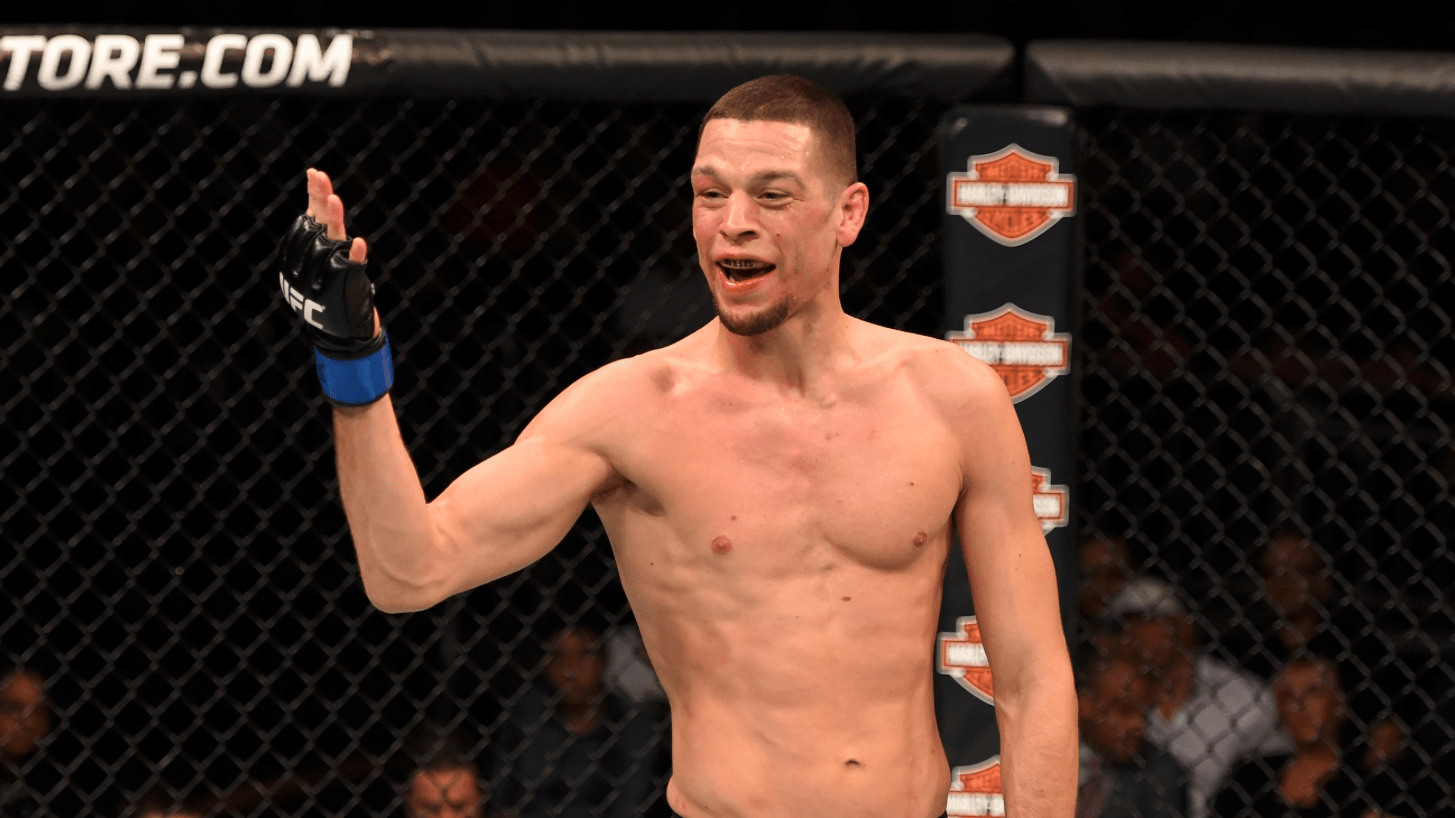 After three years away from the UFC Octagon, Nate Diaz is back. Not only does he have a fight booked, he has also just given his first interview in two years. And as you can imagine, the younger Diaz brother didn’t hold back.

Speaking on The Ariel Helwani Show, Nate discussed moving back up to welterweight for his fight with Anthony Pettis at UFC 241, slapping Khabib Nurmagomedov, not wanting to fight Conor McGregor for a third time and being dissed by the UFC.

“I’m just done with the 155 thing. That’s in the past. I think it’s time to fight at a more comfortable weight class. There’s nothing for me there. I already did everything, beat everybody. I feel I’m the king of that division anyways. I mean, I am the king of that division. So I’m just going to leave it where it’s at. There was no love for it. There’s no opponents there. That s***’s weak.

“Khabib, I already slapped him in his face. I already told you guys that. And I beat Conor [McGregor] before him, quicker than him, easier than him. He’s just gonna ignore that, act like whatever. He’s just being a little big-headed right now. So I’m just like, whatever. I don’t need to fight him anyways, because I’ve already got a victory over him. He’s just gonna hide out and play champ and act like a good guy, f***ing Mr. f***ing Humble f***ing Khabib. I’m not buying that s***. I don’t need to sit around here and f***ing chase nobody. If anybody be doing the chasing, they got to come this way. So I’m gonna retire that division as champ. I slapped both Conor and Khabib, so how does that make anybody a winner?”

When asked about when he slapped Khabib, Nate said it happened at a WSOF event in Las Vegas, back in 2015.

“At World Series of Fighting [cageside in Las Vegas in 2015]. The reason he got slapped was because he’s not humble and not this nice guy. He’s there with his friend, trying to get a fight with me, taking a picture of me and making fun of me. So I capitalized and told him, ‘F*** you,’ and I slapped him in his face. And he was spooked for his life. His whole team? Nobody did s***. I had Kron Gracie with me, it was two on fifteen. That whole Russian army who thought they were hard? They were scared for their life when that happened.”

”So why do I have to sit around and chase, he’s new at this whole champion s**t, he thinks he’s ahead of the game, ahead of everyone, and he’s hiding out. But soon he’s gonna realize there’s nobody to fight anyways, he f**ked up because he could have fought me but he’s playing big dog. So you know what, I don’t need to sit here and wait for no fights. I need to get this show on the road, I ain’t playing with these lightweights no more.”

”I’m done with 155, I’m done with all those bitches. Poirier pussed out, hurt his midsection in there, I don’t believe that either. I think he mentally pussed out and now that’s the guy fighting for the title? And Khabib loving that because he’s gonna have an easy fight. It’s like get the f*** outta here. So that’s why that division is retired, I owned all those motherf***ers.”

Not only did Nate say he was done with fighting at lightweight, he also stated that he is done with Conor McGregor and has no interest in fighting him for a third time.

“I’m not interested in it at all. I’m interested in winners. He lost his last fight, and I won my last fight. You think I’m trying to fight someone who just got his a– beat all over the place? I’m a black belt in jiu-jitsu. That s*** wouldn’t happen to me.”

As well as Khabib and Conor, Nate also hit out at the UFC.

“[The UFC] were dissing me, saying I f***ing turned down fights. I was like, ‘Dude, what are you talking about?’ You’re giving this guy the world, and you’re putting this guy down. That’s why I haven’t been fighting. Why would I work for you while you’re over here playing me?

“Three years went by and then they start expecting me to start screaming for f***ing Conor as soon as he loses? Nah, dude, I won that last fight. I’ll fight Khabib. Then Khabib is playing like I have to win something to get to him. I’m like, ‘What are you talking about, dude? You have to win to get to me. I slapped you.'”

Are you happy to see Nate Diaz back?