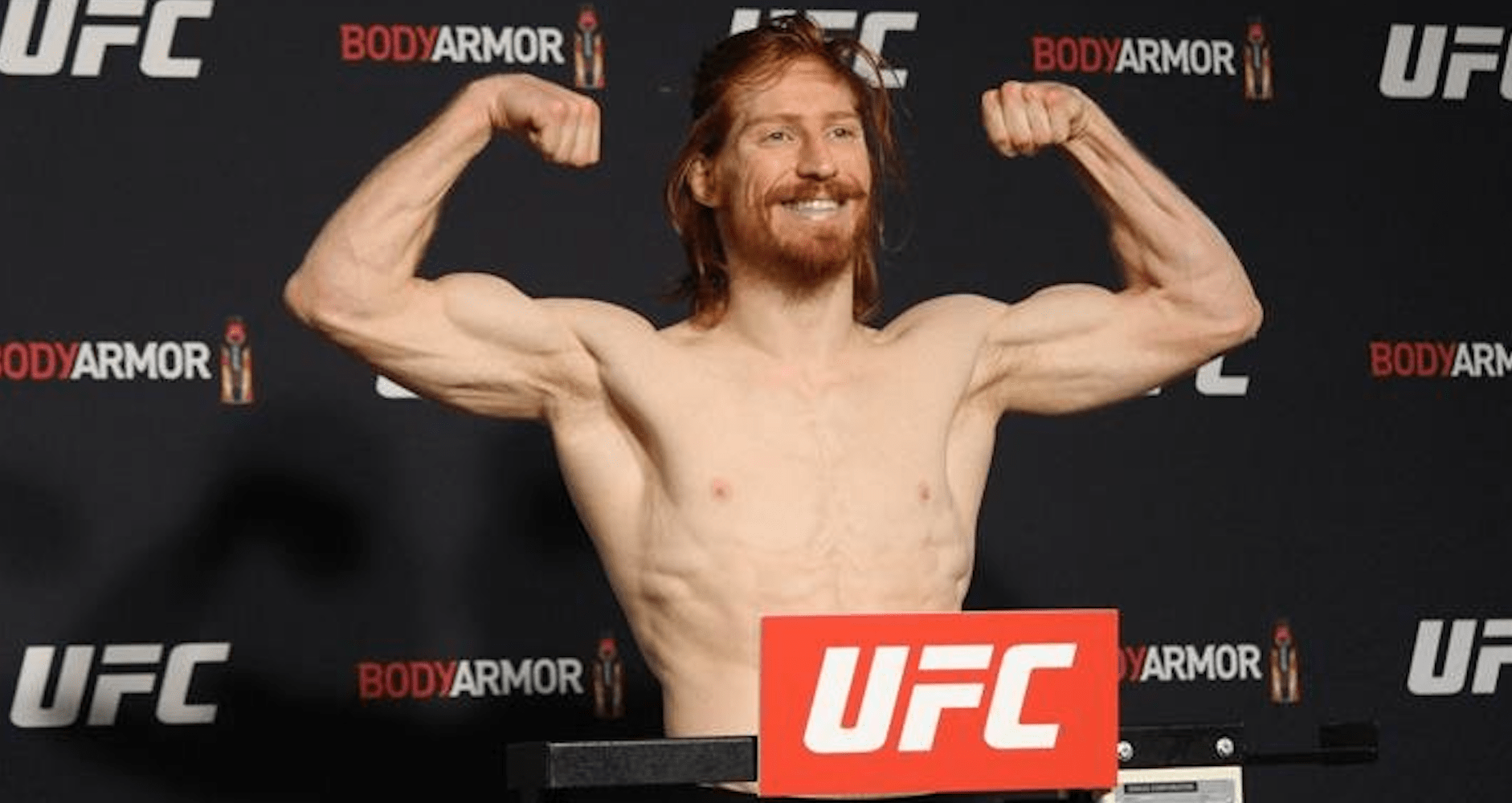 Despite being one the latest names to be released from the UFC, Spike Carlyle is excited about the next chapter of his life.

Carlyle made his UFC debut at UFC Norfolk in February 2020, when he stepped in to face Aaron Cruz on short notice, winning the fight via a first round TKO. He then however, went on to lose his next two fights with the promotion, which ultimately resulted in his release.

Release From The UFC

Speaking on Instagram Live (as transcribed by MMA Fighting), Carlyle revealed that although he feels a little bitter over his departure from the UFC, he hopes to fulfil his dream to fight in Japan now.

“I had one more fight on my contract and they decided to cut me,” Carlyle revealed. “They said it was partially based on my last performance. It’s a little bitter, but it’s also sweet. I’m actually pretty stoked on it.

The goal for ‘The Alpha Ginger’ is to win a title in RIZIN FF in Japan, and compete in cross-promotion fights with Bellator’s titleholders.

“I’m no longer a UFC fighter. I’m a free agent,” Carlyle stated. “My dream and number one desire is to fight for RIZIN, possibly Bellator because they co-host events and that way I can do the best of both worlds. The goal is to become a Japanese champion and fight the American champion, a RIZIN-Bellator combination so hopefully it comes together. I’m trying to get on the March 14th card in Tokyo, so we’ll see what God wants to do.”

Carlyle’s love for Japan has certainly caught the attention of RIZIN chief Nobuyuki Sakakibara, who told Tom Taylor that although he doesn’t know much about the American 27 year old, he has heard some interesting things about him from his matchmakers.

“To be honest, I don’t know about him too much,” Sakakibara said. “But I hear that he has a big desire and passion towards fighting in Japan which I appreciate. My matchmakers tell me he is unique and quite a character so he may be an interesting fighter to bring over here. Right now Japan is still closed off to international travellers but we have big plans once the borders open up so Spike may be somebody to consider. We are planning a World Grand Prix at featherweight in fall, and our team is constantly looking out for interesting fighters and champions across the globe who may fit the bill. Our World GP’s have always delivered exciting fights, and have produced champions that get recognition globally. We intend on doing the same this year.”

Sakakibara also called upon featherweights from around the world to reach out to RIZIN if they believe they have the skills to become a world champion.

“Whoever thinks they have what it takes to be the GP world champion for 2021, do not hesitate to reach out to us,” Sakakibara urged.