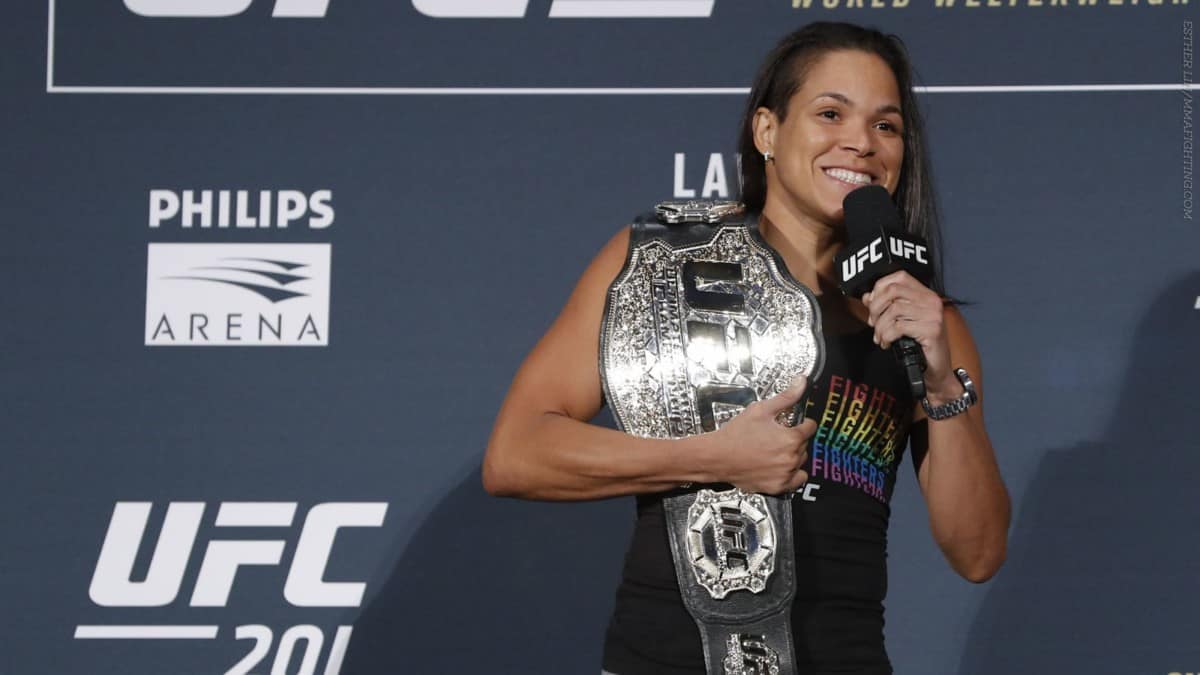 Amanda Nunes has said that she is done with the women’s featherweight division. Yesterday the double champion posted a video of her trying to get a tight pair of jeans on, with the caption ‘145[lbs] never again’.

At the time, I thought this was posted with a bit of fun. However, when Cris Cyborg replied, hinting at a rematch, Nunes replied, saying ‘I’m done with 145’.

‘The Lioness’ did suggest that Cyborg should fight PFL’s Kayla Harrion. The two time judo Olympic gold medalist is 3-0 in MMA.

Cyborg responded to the idea by saying that not only is she interested in that match up, that she’d be happy to go up to 155lb, to fight Harrison.

As for Nunes’ next fight, she did have a bit of fun later on, calling out Daniel Cormier and Jon Jones.