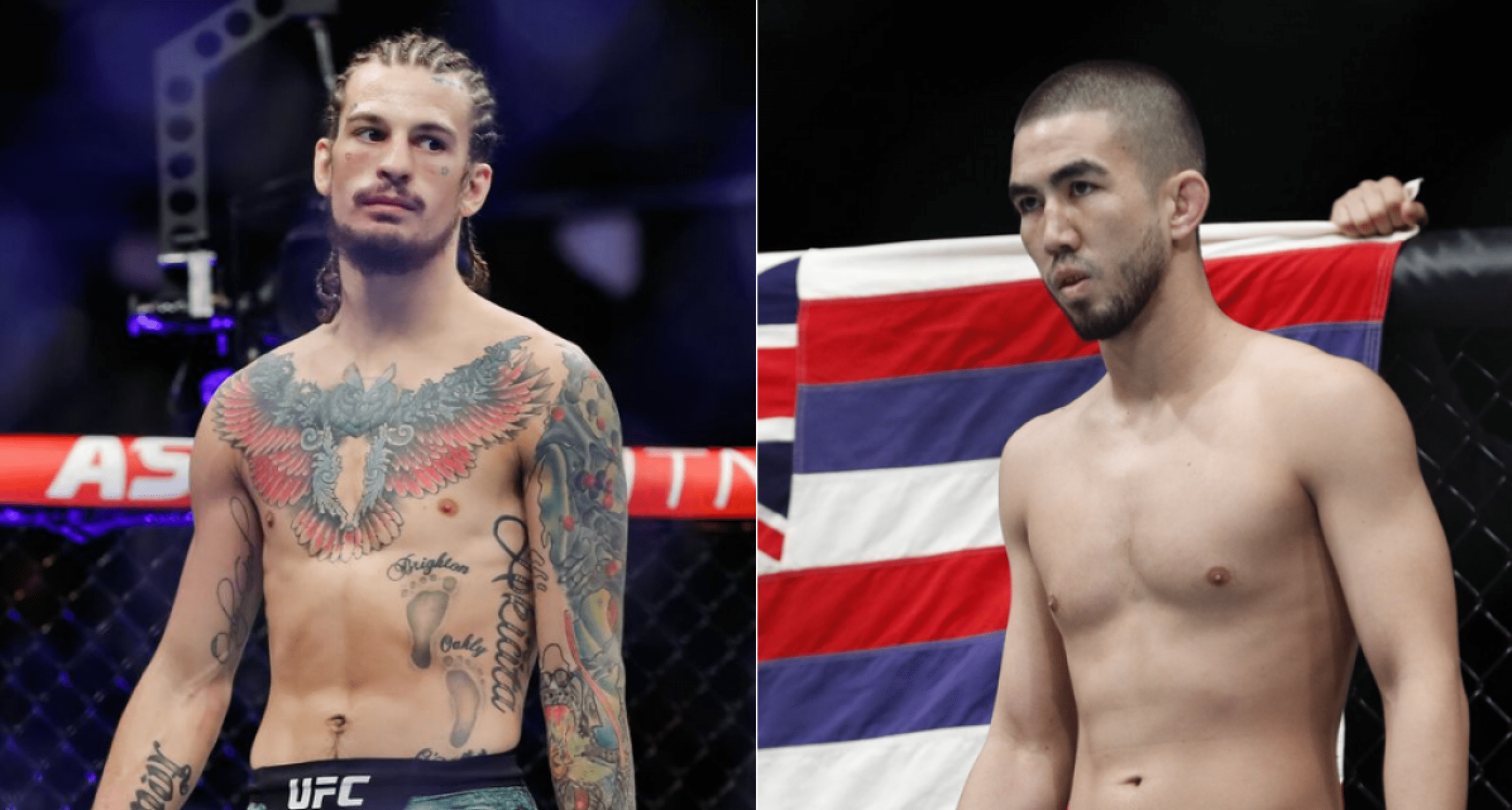 Sean O’Malley has shared a bizarre theory as to why Louis Smolka pulled out of their bantamweight clash this weekend at UFC 264.

Smolka was forced to pull out of his scheduled bout with O’Malley after an infection prevented him from being medically cleared. ‘The Last Sumurai’ issued a statement on his withdrawal through Instagram, and said that he hopes to get another opportunity to fight ‘Suga’ down the road.

O’Malley isn’t buying that story, however. Speaking on his YouTube channel (as transcribed by BJPenn.com), the 26 yer old speculated that Smolka’s withdrawal has something to do with his manager, Jason House, warning him against going through with the fight.

“Smolka’s manager was at my gym watching me spar the other day, a couple of weeks ago. I was on fire, I was on fire,” O’Malley said. “He asked Tim and I, respectfully, he said ‘Hey, do you mind if I sit and watch?’ I said ‘Enjoy the s***,’ no I didn’t say that, I said ‘Watch, tell him whatever you want, I don’t care.’ I looked f***ing sharp that day, this is complete conspiracy theory, I looked sharp, I was on f***ing fire.

“Sparring day for me is an opportunity to perform. In my head, it’s the fight, I have to perform and do what I do in the Octagon, I have to perform. Just another day. I looked good, I looked really good. Did his manager go ‘Hey bud, I love you don’t take this fight I don’t want you to die?’ Might’ve. Smolka licking f***ing wresting mats trying to get staph, I don’t even know if that’s how you get staph. I don’t know dude, that’s a conspiracy theory, so maybe that’s what happened, maybe not. I don’t blame the dude.”

After Smolka’s withdrawal, several fighters, including Ricky Simon and Merab Dvalishvili offered to step in as short notice replacements. The UFC however settled with promotional newcomer Kris Moutinho, who will face O’Malley on the main card at 264.

Do you think there’s any truth to Sean O’Malley’s conspiracy theory on Louis Smolka’s withdrawal?