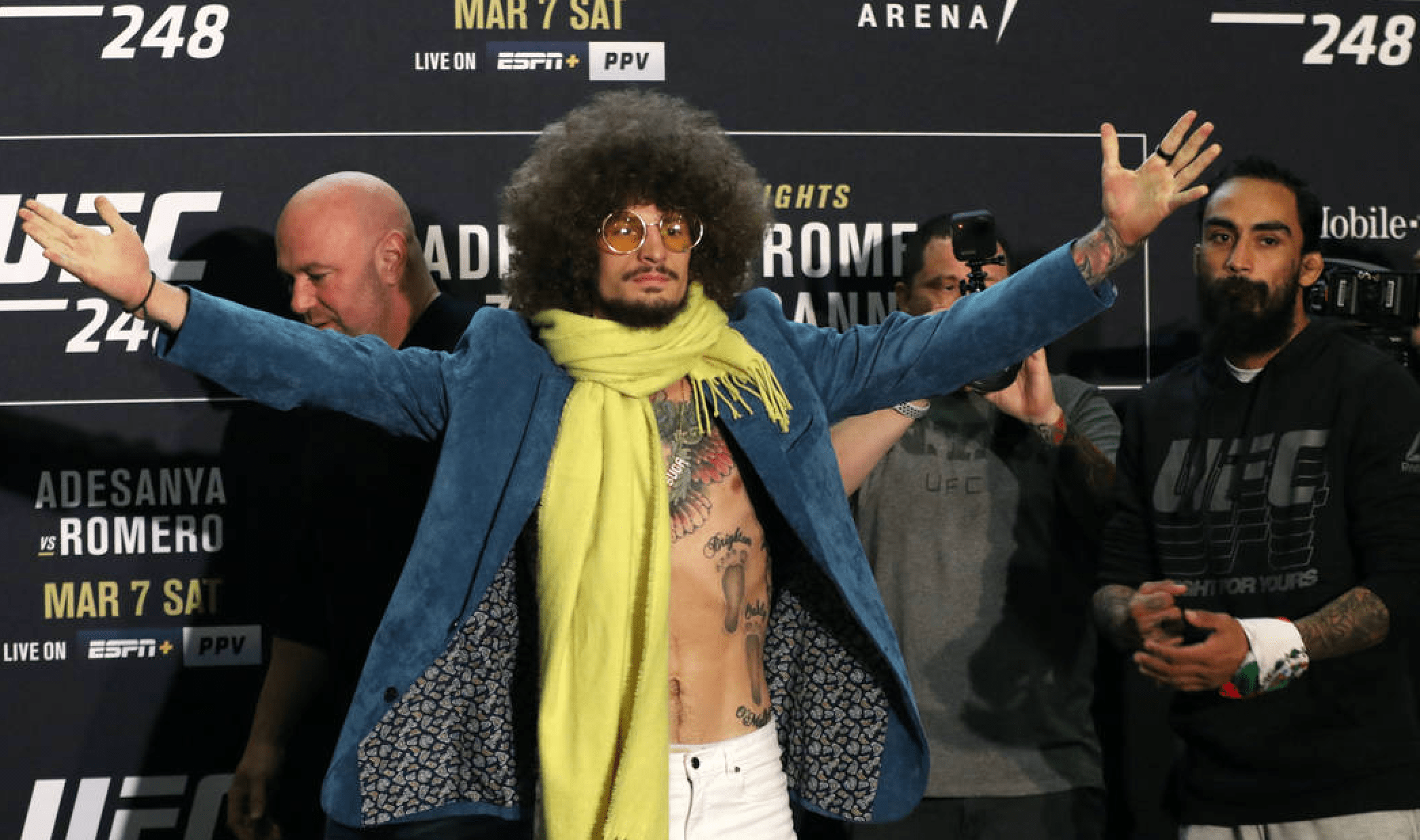 According to Dana White, the trilogy fight between Dustin Poirier and Conor McGregor is being targeted for the UFC 264 main event on July 10th. And Sean O’Malley thinks the UFC should book him and the former bantamweight champion Dominick Cruz to face off in co-main event.

O’Malley returned to winning ways with a spectacular performance at UFC 260, stopping Thomas Almeida in the third round. During ESPN’s UFC 260 post-fight show, Chael Sonnen received a text message from Cruz saying that he wants to fight ‘Suga’ next.

Speaking on The Pat McAfee Show (as transcribed by BJPenn.com), O’Malley said that Cruz is a potential next opponent, and explained why a fight between the two should be the co-main event on the Poirier vs McGregor 3 card.

“The second after you fight the question is, who’s next? I heard Dominick Cruz texted Chael Sonnen saying he wanted that fight,” O’Malley said. “So, I don’t know if Chael got a prank text for a fake Dom or if that’s real. That’s a potential matchup.

“I know Dustin Poirier tweeted the other day, July 10th, so I think I’m a pretty good co-main event type dude. Dustin versus Conor, ‘Suga’ versus Dominick, I don’t know, that makes sense, that might be it. July, we’ll see. I definitely want to get in there a couple more times this year.”

O’Malley dropped Almeida midway through the first round of their bantamweight clash, but turned away instead of following up with strikes. While most fans believed it was because he thought it was a walk-off knockout, the 26 year old explained the actual reason.

“The real reason as to what happened, before the fight, I had undefeated shirts made up that said another right hand from ‘Suga’ lands,” O’Malley said. “I drop him in the first round but I dropped him with a left hand, I wasn’t walking away because I thought I got a walk-off knockout, I was walking away to let him back up so I could knock him out with the right hand and sell my shirts. Which are doing absolutely incredible right now.”

‘I Was Having Fun In There’

Naturally, O’Malley was criticised by the commentators for not finishing Almeida when he had the opportunity. But ‘Suga’ said he was in no rush, as he wanted to spend more time inside the Octagon.

“I went and rewatched the fight and the commentators were saying it was the biggest mistake of my life and I’m just this young kid and I need to mature, I’m not smart enough in there. I’m thinking, I’ve been doing this for ten years, I’m pretty mature as far as a professional fighter,” O’Malley explained. “I’ve been striking for a long time and I didn’t feel in any danger in there.

“If I wanted to get on him and get a TKO finish, I could’ve jumped on him and did that in the first round. That’s not what I’m in there for, I’m in there to put people’s lights out and I want to go viral. Like I said, I have 15 minutes in there, why end it in three minutes in the first round when I am still having fun in there, I just broke a sweat… I need to get in there and have some fun, you only get to fight a couple of times of a year.”

Do you think the UFC should book a bantamweight showdown between Sean O’Malley and Dominick Cruz in the UFC 264 co-main event, set to be headlined by Dustin Poirier vs Conor McGregor 3?