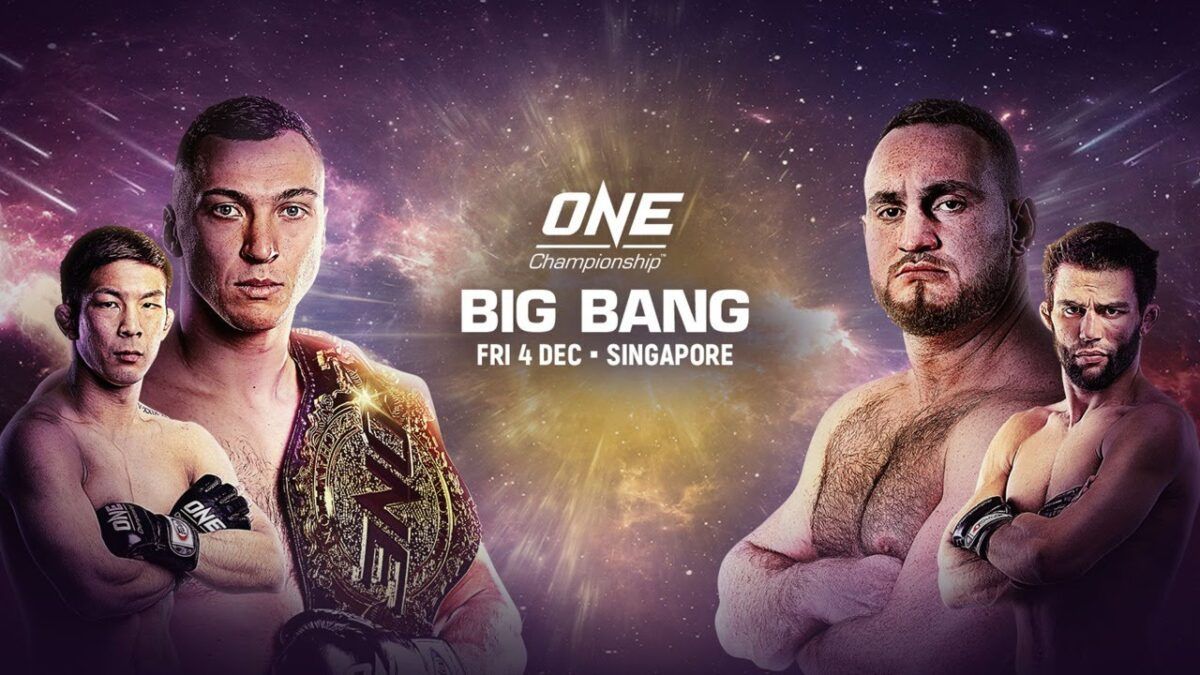 As 2020 comes to an end, ONE Championship has four more events left. The first of them will be ONE: Big Bang, which will go down on December 4th at the Singapore Indoor Stadium. The full lineup for this event has been unveiled, and it is a stacked card of six bouts.

The main event sees ONE light heavyweight kickboxing champion Roman Kryklia defending his title against ONE newcomer Murat Aygun. In the co-main event, it’s a clash of the ranked featherweights, as the number five-ranked Garry Tonon makes his return against the division’s number-three, Koyomi Matsushima.

Two superstars will also be making their long-awaited ONE debut. The first being Marat Grigorian, who takes on Ivan Kondratev in a featherweight kickboxing contest. Then there is former Greco-Roman wrestling champion Amir Aliakbari, who faces Islam Abasov in a heavyweight fight.

The card will also feature Team Lakay member Danny Kingad going up against former ONE flyweight champion Kairat Akhmetov, and Indian phenom Ritu Phogat looking to break into the atomweight rankings in a match against Jomary Torres.

Full Lineup For ONE: Big Bang

ONE: Collision Course takes place on December 18th at the Singapore Indoor Stadium, and features a battle between a legend and a phenom in the main event, as Nong-O Gaiyanghadao defends the ONE bantamweight Muay Thai title against Rodlek P.K. SaenchaiMuayThaiGym. In the co-main event, Lowen Tynanes makes his long awaited return to the ONE Circle against the former featherweight champion, Marat Gafurov.

Full Lineup For ONE: Collision Course

The schedule for the remainder of the year now looks like this:

ONE: Inside The Matrix 4 went down this past weekend. The fourth and final instalment of the Inside The Matrix series was headlined by Aslanbek Zikreev defeating Wang Junguang by split decision in a ONE Super Series kickboxing bout.