ONE: Call To Greatness Open Workouts And Face Offs 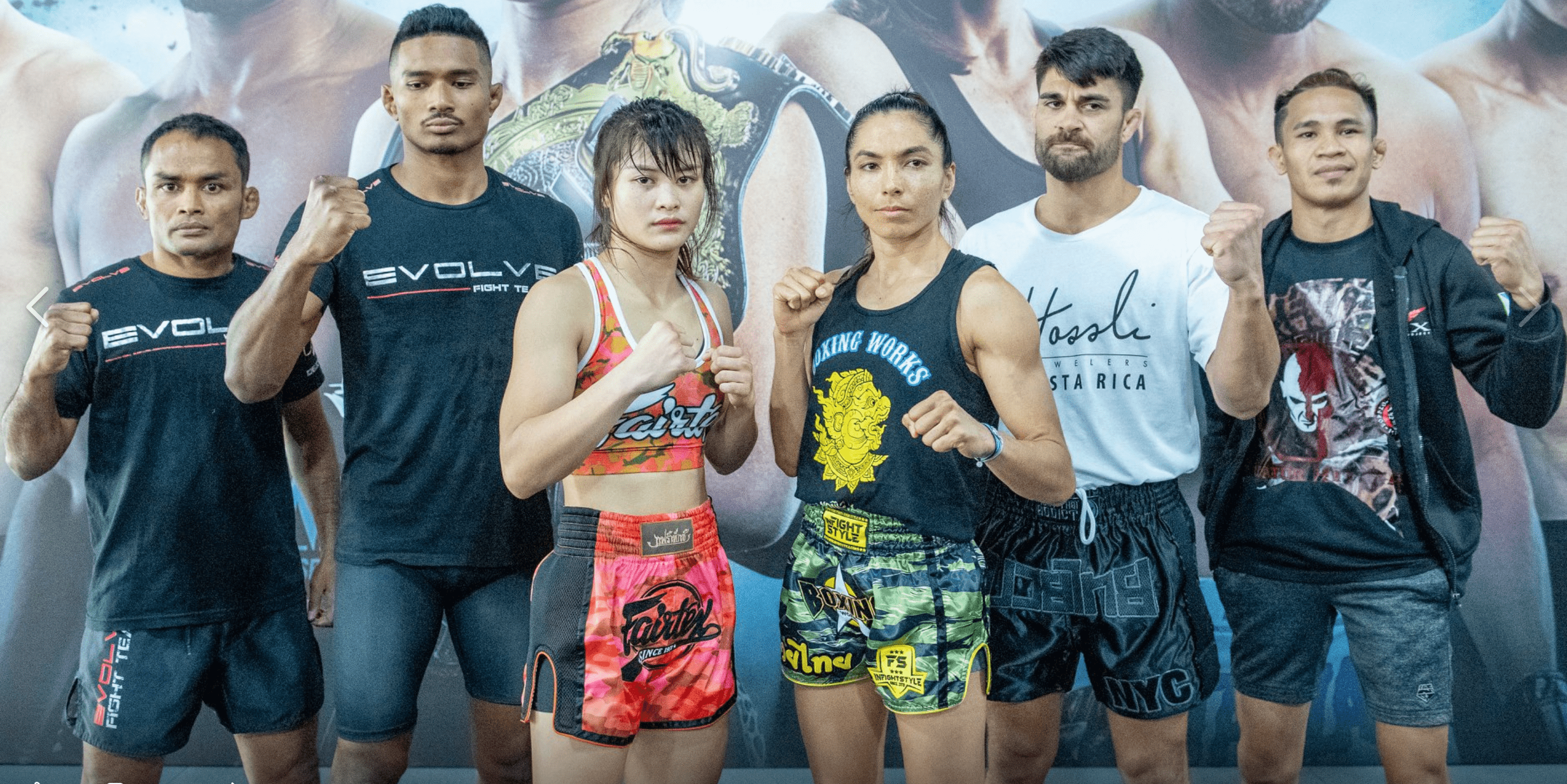 ONE Championship eld the official ONE: CALL TO GREATNESS Open Workout at Evolve Far East Square in Singapore. In attendance was ONE Atomweight Kickboxing World Champion Stamp Fairtex of Thailand and her opponent Janet Todd of the United States, as well as ONE Championship athletes Amir Khan, Ariel Sexton, former ONE Strawweight World Champion Dejdamrong Sor Amnuaysirichoke, and Jeremy Miado.

The athletes are set to compete at ONE: CALL TO GREATNESS, which takes place this Friday, February 22nd at the Singapore Indoor Stadium. In the main event, Stamp Fairtex faces Janet Todd for the inaugural ONE Atomweight Muay Thai World Championship. In the co-main event, Singapore’s Amir Khan takes on Ariel “Tarzan” Sexton of Costa Rica in the quarter-finals of the ONE Lightweight World Grand Prix.

Stamp Fairtex, ONE Atomweight Kickboxing World Champion, stated: “This is the most important fight for me right now. I represent Thailand, where Muay Thai originated. I don’t plan on disappointing my fans back home. My opponent is strong and has a lot of power, but I have the warrior heart of Thailand inside of me. I will represent my culture and I vow to win the fight this Friday night.”

Janet Todd, ONE World Title contender, stated: “I always want to challenge myself everytime I go into a fight. The World Title is so important to me. This is my chance to become a World Champion. Fans can expect to see my hands, knees, elbows, and everything good that comes with a Muay Thai fight. I’m going to bring my best this Friday night and I can’t wait to put on a show for everybody.”

Amir Khan, ONE Athlete, stated: “I am going to focus on what I do best, which is to finish people. I am young and aggressive, and I always go for the finish. It is an honor to be part of the ONE Lightweight World Grand Prix. Ariel Sexton is a worthy opponent and I am not taking him lightly. Fans should stay glued to the screen when we climb up the ring because I’m sure this bout is not going the distance.”

Ariel Sexton, ONE Athlete, stated: “Thank you all for having me here today. It is a pleasure to showcase my skills in front of you all. Being a part of this ONE Lightweight World Grand Prix is an honor, especially competing amongst the world’s best. I vow to give the best performance of my career and do my best to win the tournament.”

Dejdamrong Sor Amnuaysirichoke, ONE Athlete, stated: “Competing in Singapore again, I am looking forward to getting the victory. I have trained very hard for this match and I’m prepared to put on a show. Jeremy Miado is a tough warrior and I can’t underestimate him. I will give a better performance in this rematch and make my fans in Singapore and Thailand proud.”

Jeremy Miado, ONE Athlete, stated: “I know we are both very well-prepared for this fight. So I invite everyone to come and watch us perform. We’ll do our very best. It’s going to be an explosive contest and I expect to emerge the victor once again. I have the greatest respect for Dejdamrong Sor Amnuaysirichoke, but I am coming for the win and I am confident I can do it again in this rematch.”

You can check out photos from the Open Workout and Face Offs here.

And you can also watch the Open Workouts and Face Offs, in their entirety, right here: