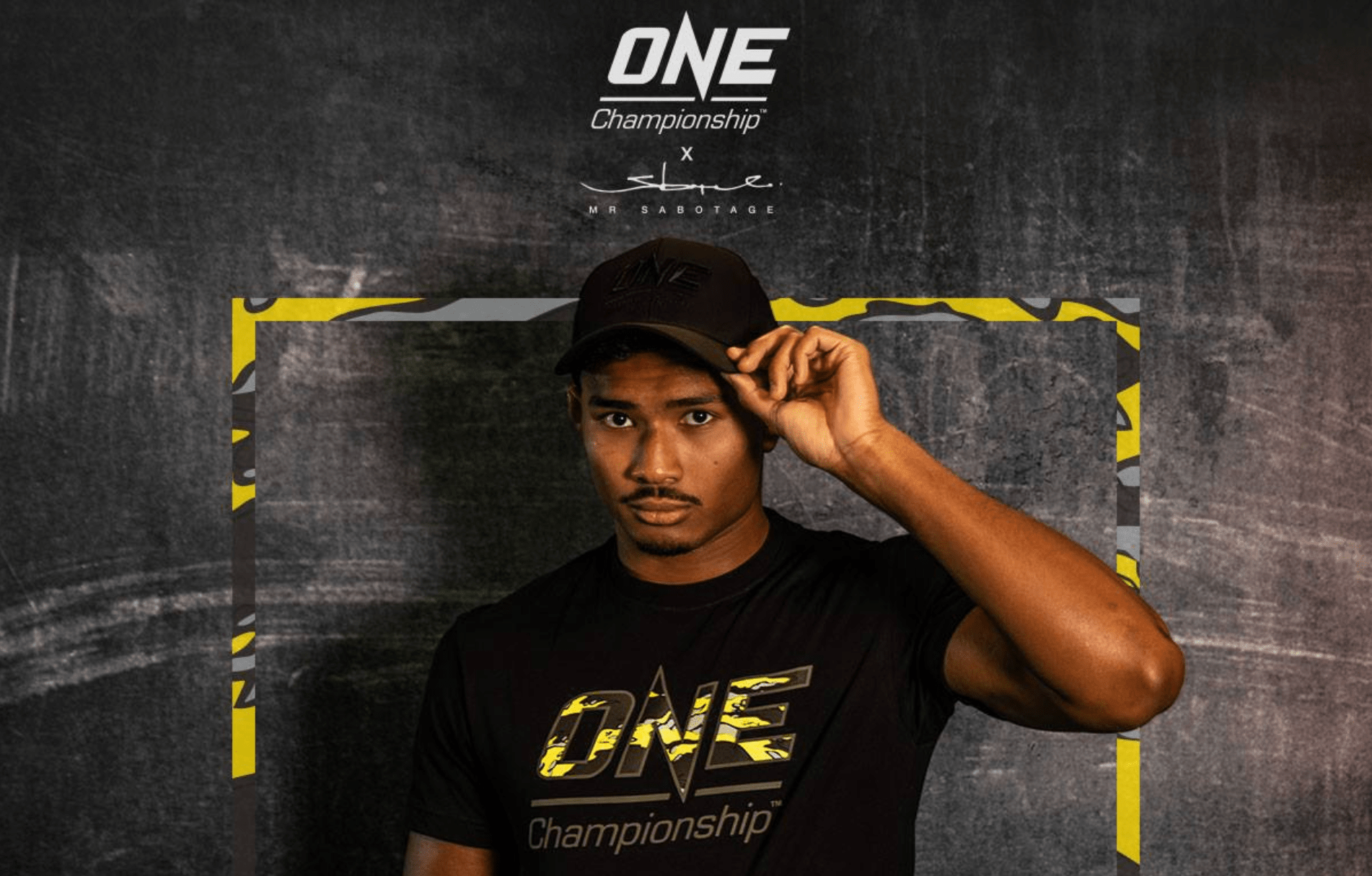 ONE Championship has just announced a historic collaboration with Mark Ong, the internationally renowned Singaporean designer, artist and owner of custom design company SBTG Surplus & Co.  Mark, better known as Mr. Sabotage (SBTG), grew to fame as a sneaker customizer and custom streetwear artist. With this collaboration, ONE and SBTG have joined forces to celebrate the intersection of sports and culture, and its positive impact on modern society.

Chatri Sityodtong, Chairman and CEO of ONE Championship, stated: “It is with great excitement that I announce this collaboration between ONE Championship and SBTG. When ONE first launched its athleisure business in 2018, we mentioned working with world-renowned streetwear and lifestyle artists to create unique designs that represent the ONE brand. Mark Ong’s SBTG and ONE Championship, both born and raised in the heart of Singapore, creates the perfect working synergy. With this collaboration, ONE Championship continues to expand the boundaries of a traditional sports property, weaving itself as a thread in the fabric of Asian society.  We hope to inspire not just ONE Championship fans all across the world, but also fans across the art, design, streetwear, sneaker customization, skateboarding, and lifestyle spheres that are defining youth culture.”

Mark Ong, Founder of SBTG Surplus, stated: “ONE Championship celebrates one of Asia’s greatest cultural treasures, martial arts, and its deep-rooted values of integrity, humility, honor, respect, courage, discipline and compassion. Martial Arts has a very deep history, it is a form of Art. Being apart of ONE Championship’s journey means my artwork is being celebrated by ONE, at the same time, ONE is celebrating martial artists and the entire culture around Asia. As a lifelong artist, I identify with the Athletes’ work ethic, commitment to their craft, and goal of inspiring the next generation. It is a great honor for me.”

Growing up skateboarding and listening to punk rock, Ong channels a DIY punk ethos with a strong military aesthetic, resulting in different camouflage prints on several of his works. Starting off hand-painting sneakers back in the early 2000’s, Ong sold one of his first customized sneakers and realized he could create a viable career with his unique creations. After building a reputation as one of the best artistic talents in the sneaker customization sphere, Ong started his own streetwear brand, SBTG Surplus. Since then, SBTG has worked with global brands such as Nike, Asics, G-Shock, Arsenal F.C., Paris-Saint German F.C., and attracted the attention of celebrities such as basketball legend Kobe Bryant, two-time NBA MVP Stephen Curry, Linkin Park co-founder Mike Shinoda, and recognition by Singaporean Prime Minister Lee Hsien Loong.

For this collaboration, SBTG has created a custom iconic camouflage design exclusive to ONE Championship, with the first design expressed on a limited-edition ONE x SBTG Camo T-Shirt, making its debut globally on the 19th of February. You can shop for this here. Future collaborations could feature the camouflage design included in limited edition hoodies, grappling gloves, jiu-jitsu Gi’s, and more.