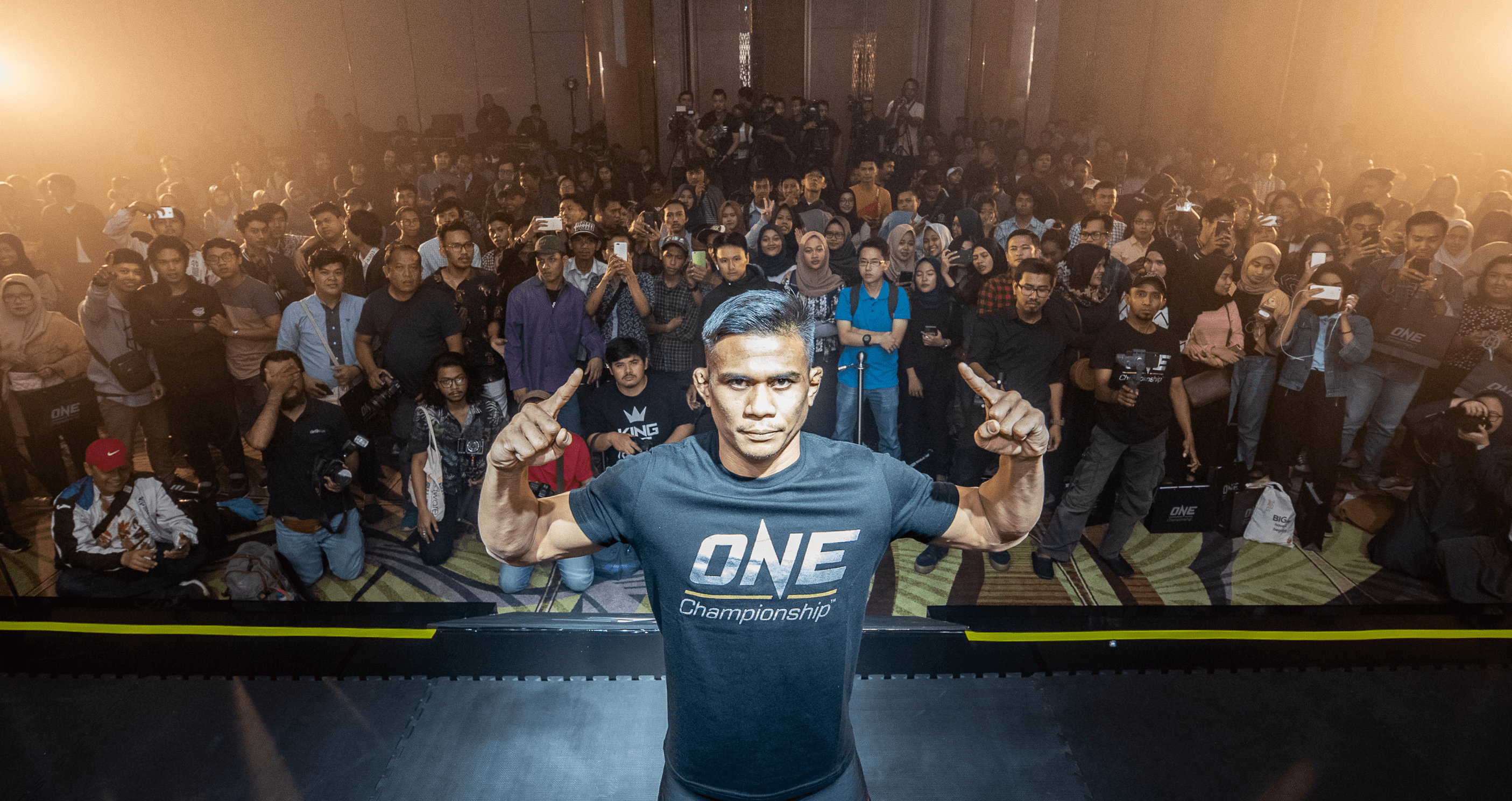 Earlier today, ONE Championship hosted an Open Workout/Media Day for Indonesian wrestling champion, Eko Roni Saputra, at the Westin Hotel in Jakarta. Saputra showcased his skills in various demonstrations for media in attendance. Saputra is set to make his ONE Championship debut at ONE: ROOTS OF HONOR, scheduled for April 12th at the Mall of Asia Arena in Manila, Philippines.

Eko Roni Saputra, ONE Athlete, stated: “I am greatly honored to be part of an amazing company such as ONE Championship. To be among the best martial artists in the world competing on the biggest martial arts platform is definitely a dream come true for me. I have been blessed to have found success in wrestling, and I have every intention of achieving the same in the mixed martial arts world. I am prepared to put in the work and make the sacrifices so that one day, I can bring back a World Championship to Indonesia. Indonesia is a hotbed of talent in mixed martial arts, and I am proud to follow in the footsteps of some of the most talented competitors to come out of the country. Like them, I am ready to make an impact on the ONE Championship stage.”

Regarded as the No. 1 freestyle wrestler in Indonesian history, Eko Roni Saputra is one of ONE Championship’s latest acquisitions, further bolstering its burgeoning roster of world-class athletes. Known for his dynamic style and explosive takedowns, Saputra has won numerous medals in various international competitions, including the prestigious Southeast Asian Games.

Training out of Singapore, the 27-year-old Indonesian grappler hones his craft at the world-renowned Evolve MMA, advancing his skills in different martial arts disciplines such as wrestling, Brazilian Jiu-Jitsu, and Muay Thai.

After dominating the amateur wrestling ranks with his exquisite talent, Saputra fully realizes his dream to be a professional mixed martial artist as he is scheduled to make his ONE Championship debut against Singapore’s Niko Soe at ONE: ROOTS OF HONOR.

Ticket information for ONE: ROOTS OF HONOR is available at www.onefc.com.