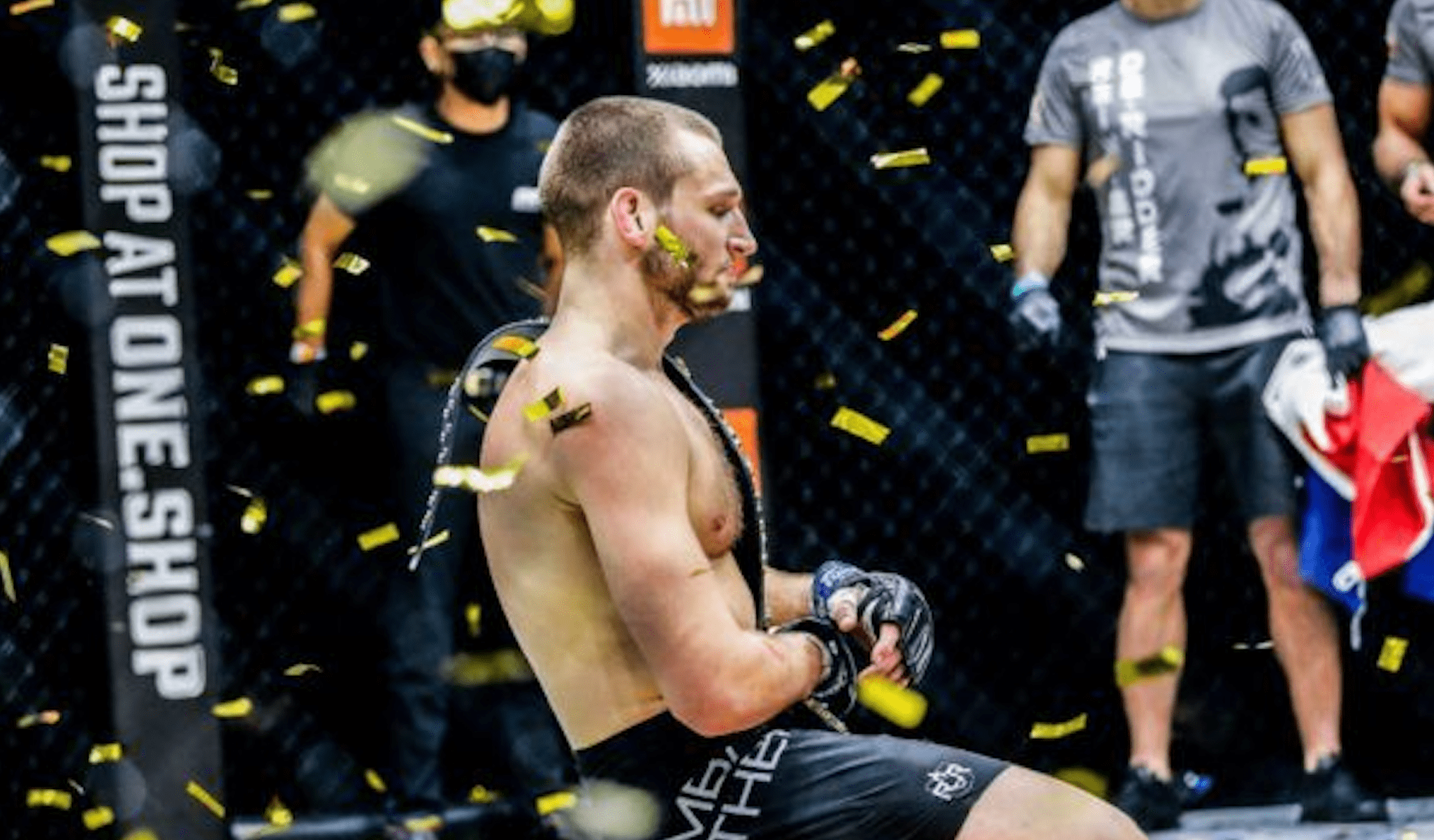 ONE: Inside The Matrix was a night full of surprises. One of those included Reinier de Ridder defeating Aung La Nsang for the ONE middleweight title, despite being a huge underdog going into the fight. But he proved all the naysayers wrong, submitting ‘The Burmese Python’ in the first round to become the new champion.

De Ridder earned his title shot by defeating Leandro Ataides by unanimous decision at ONE: Warrior’s Code. Although he almost lost his shot at a title as a result of a minor injury sustained in the fight. Speaking to ONE Championship, the Dutchman said that the injury meant he couldn’t accept the promotion’s initial offer.

“It was a minor shoulder injury, but it was very short notice after a very tough fight for me, mentally as well,” de Ridder said. “It was my first fight going to a decision, so I needed some time to contemplate and reset everything. They asked me to be back in seven weeks, so it was just too short of a time.”

Initially, former ONE middleweight champion Vitaly Bigdash substituted de Ridder as the title challenger. However, when the coronavirus hit, ONE Championship was forced to cease all activities. So in the end, ‘The Dutch Knight’ was once again next in line to challenge for the title.

“I made my case in the three fights before and my entire career,” said de Ridder. “I always thought I deserved it more than Bigdash or anyone else in the division, so I was pretty sure I was going to get the call.

“I made sure to voice that as well on my social media, and then finally I got the call just after my boy was born. He was a week old when I got the call that I’d be fighting in eight weeks.”

With the birth of his son, de Ridder had to balance out his work life and professional life. But in the end, the 30-year-old was well-prepared for what would be the biggest fight of his career.

“I didn’t really have a lot of sleep, so it was an interesting time. But we made the most of it,” de Ridder said laughingly. “I put everything else aside – I didn’t teach any classes, took a step back from my other work, and went all-in on focusing on every part of the game – mentally, physically, and technically.”

“All According To Plan”

The fight played out almost exactly as de Ridder had planned. While Aung La came out aggressive with a few strikes of his own, he was able to quickly get the champion to the ground and make use of his Brazilian jiu-jitsu skills. From there, he was in his comfort zone and sank in a rear-naked choke that paved the way to him becoming the new middleweight king.

“It was all according to plan – exactly how I’d envisioned it, exactly what I’d been training for my entire life,” said de Ridder. “I was entirely in control from the moment I grabbed him. From the moment I had the body lock on him, standing, I knew it was mine.

“I knew I had it in the end, but before that, he was defending very well. I knew he was not going anywhere, but he defended very well. He placed his body in the right spot. He scooted down a little bit, so when our backs were against the cage, there was no option to finish him there.

“The positioning wasn’t perfect, so that’s when I let go of the left hook to give him some space to move, let him have the thought he was going to escape. He took the bait, and I could adjust to take the right position. From then on, I was in the right position to finish.”

As the champion, de Ridder says he is ready to defend the title whenever he gets the call. Which in an ideal world, would be in front of a huge crowd. He also made it clear that he wants to fight a true contender, and that a rematch with Aung La is not what he has in mind, given the fashion in which he won.

“I was saying for the entire week before the fight, I would never escape fighting [Aung La] twice in a row,” de Ridder said. “But to be honest, the way this went down, it wasn’t really even a fight. To me, it doesn’t seem like the logical step to fight him straight away again. What I would suggest is for him to fight Ataides now. Make that happen soon, and I’ll fight the winner.

“[Beating Aung La again] is not a real goal or challenge for me right now. Maybe I could finish him sooner? In two minutes? How could I improve on this?”

However, he is open to fighting Aung La again if the ONE light heavyweight championship is on the line, and the chance to win a second belt.

“That would entice me a little bit,” said de Ridder. “Yeah, why not?”

“An Amazing Position In Life”

Currently undefeated and the ONE middleweight champion, de Ridder is only focused on defending his title and building his legacy as a fighter. He is confident that he can reign supreme with his high-level grappling skills.

“I’m in an amazing position in life – not only my personal life, but professionally as well,” de Ridder concluded.

Who would you like to Reinier de Ridder defend the ONE middleweight title against?