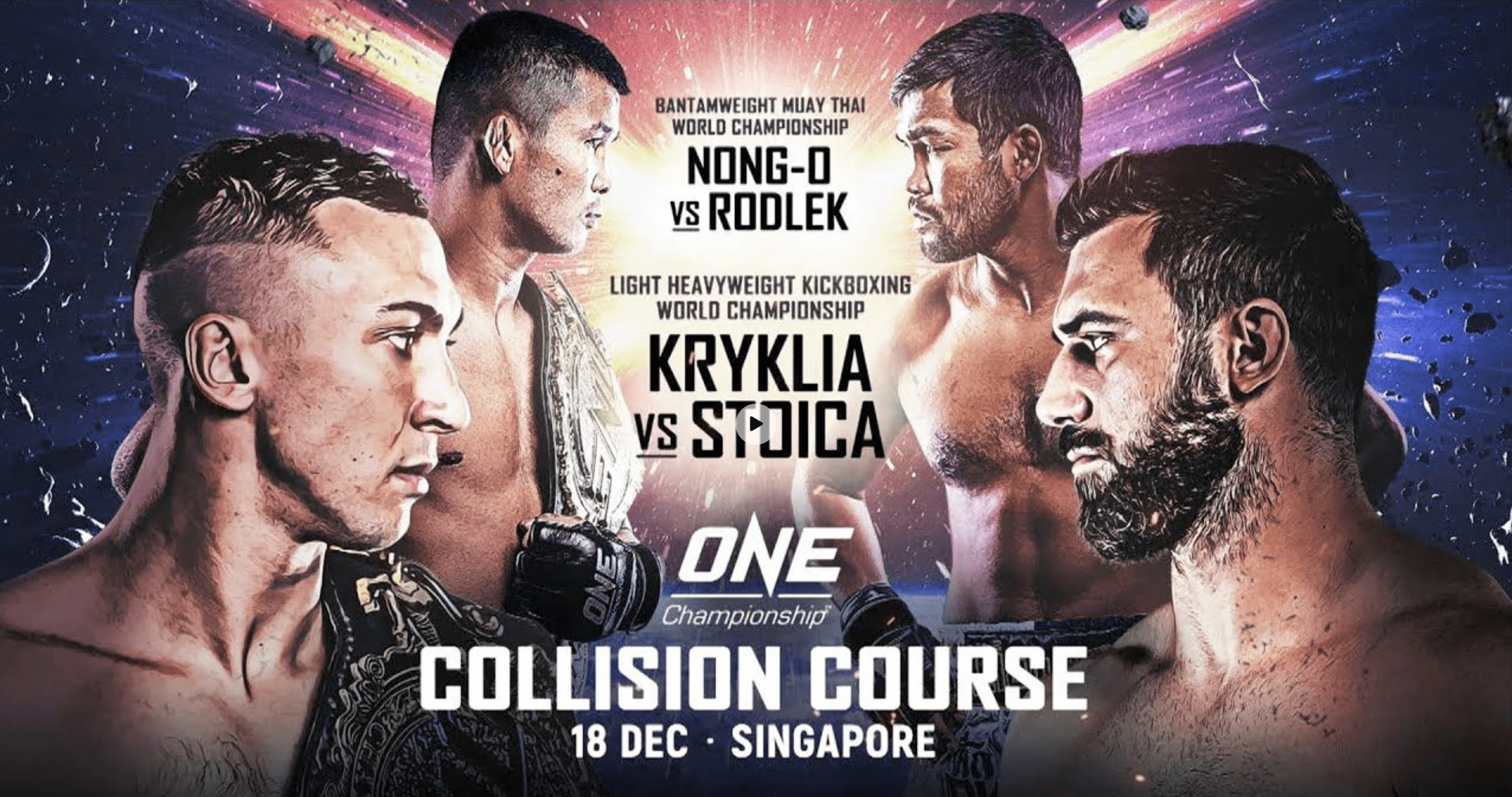 ONE Championship has released the final weigh-in and hydration test results ahead of tonight’s ONE: Collision Course, which goes down at the Singapore Indoor Stadium, starting at 8.30pm local time. The promotion’s penultimate card of 2020 will feature two title fights.

In the main event, Roman Kryklia defends his ONE light heavyweight kickboxing title against Andrei Stoica. While in the co-main event, Nong-O Gaiyanghadao is set to defend his ONE bantamweight Muay Thai title against his fellow Thai, Rodlek PK.SaenchaiMuayThaiGym.

The rest of the six fight card is stacked with exciting MMA bouts. Lowen Tynanes is finally fit and healthy, and returns against the former ONE featherweight champion Marat Gafurov, Yodkaikaew Fairtex takes on Tatsumitsu Wada, the undefeated Troy Worthen goes up against the number four ranked bantamweight Yusup Saadulaev, and Chan Rothana and Xie Wei face off.

You can check out our pre-fight videos here.

Final Weigh-in And Hydration Test Results Ahead Of ONE: Collision Course