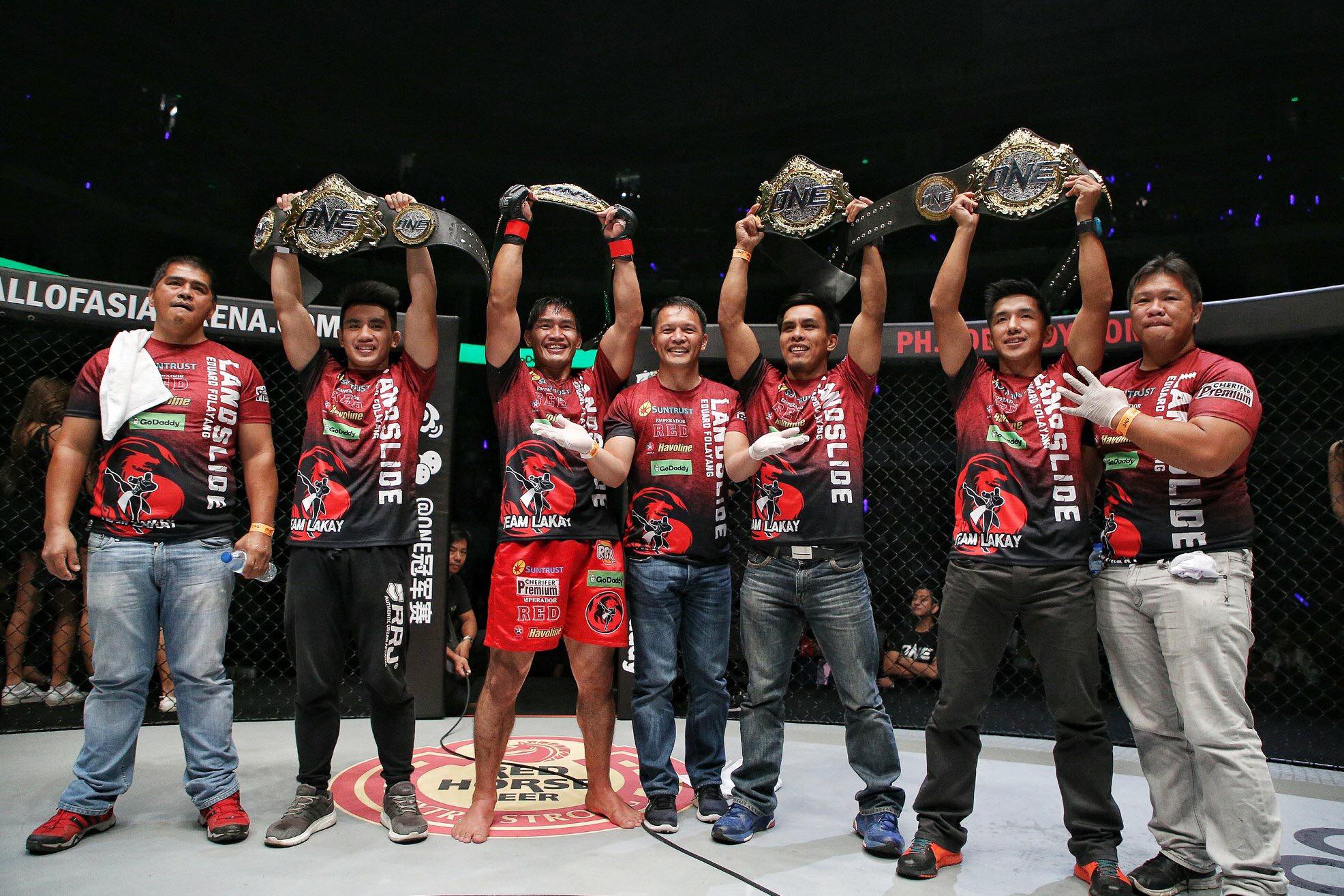 Team Lakay has had some huge nights in Manila over the years but ONE: Dawn Of Heroes promises to be the biggest night yet for the Baguio City team.

Team Lakay will have five athletes competing on the biggest combat sports card to ever come to the Philippines, two of which will be involved in the ONE World Grand Prix semifinals.

Geje ‘Gravity’ Eustaquio will take on Yuya Wakamatsu in an alternative bout, in the ONE Flyweight Grand Prix. Honorio ‘The Rock’ Banario will face off against Dae Sung Park. And Edward Kelly will look to get the night off to a perfect start for Team Lakay, when he steps inside the ring against Xie Bin.

Ahead of ONE: Dawn Of Heroes, we spoke to all five Team Lakay athletes on the card. We also spoke to head coach Mark Sangiao and had a really fun chat (and dance!) with Kevin ‘The Silencer’ Belingon and Joshua ‘The Passion’ Pacio.


You can also watch the full ONE: Dawn Of Heroes press conference, featuring the Team Lakay athletes, here: