ONE: Fists Of Fury 3 Weigh-In And Hydration Test Results 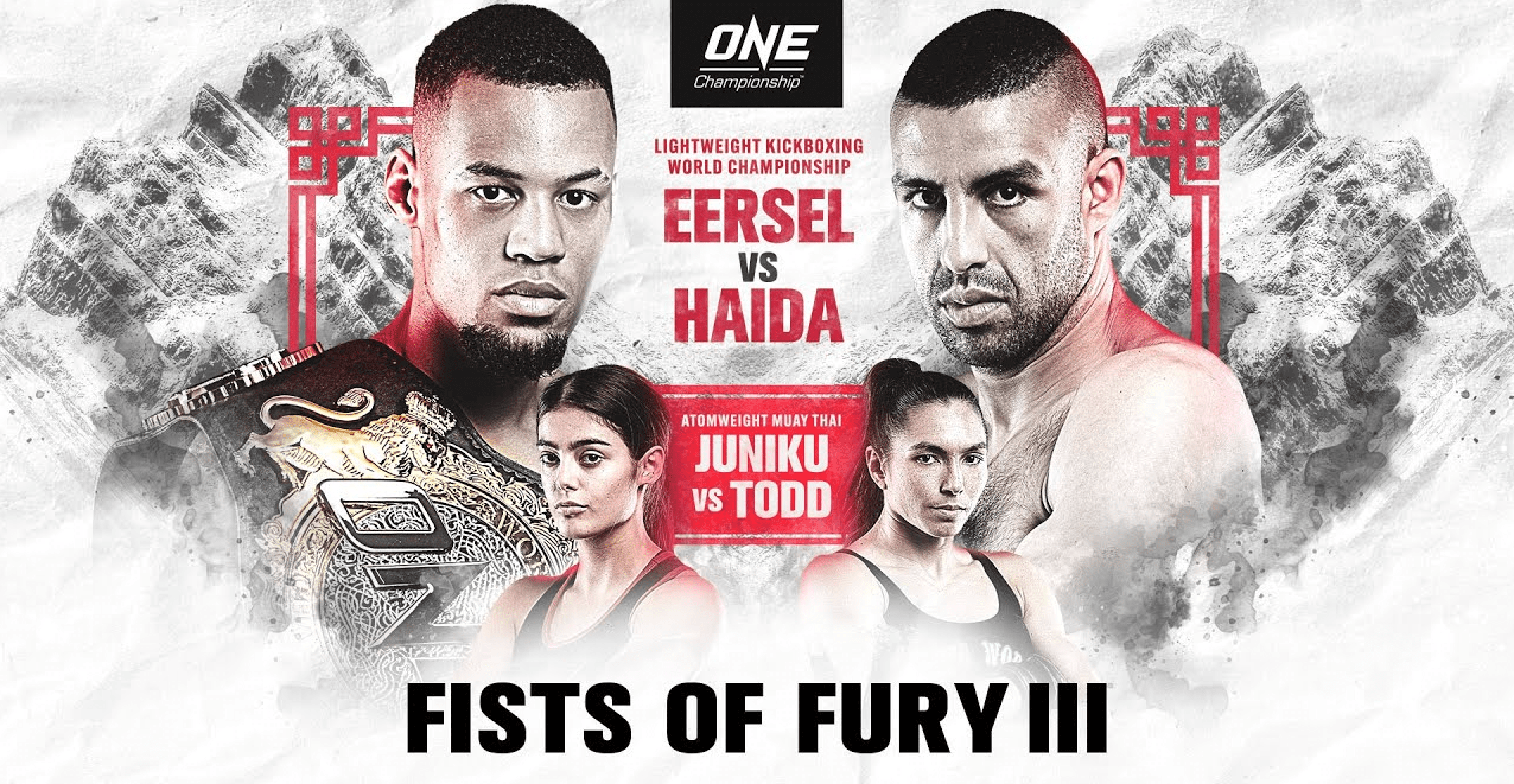 ONE Championship has released the final weigh-in and hydration test results ahead of tonight’s ONE: Fists Of Fury 3, which goes down at the Singapore Indoor Stadium, starting at 8.30pm local time. The card features four mixed martial arts bouts, one kickboxing matchup, and one Muay Thai contest. In the main event, Regian Eersel makes the second defence of his lightweight kickboxing title against Mustapha Haida.

Elsewhere on the ONE: Fists Of Fury 3 card, Maira Mazar welcomes Team Lakay’s Jenelyn Olsim to the promotion in a strawweight clash, Roshan Mainam takes on Aziz Calim, and Yodkaikaew Fairtex will look to follow up his huge win over Tatsumitsu Wada at ONE: Collision Course against Hu Yong.

ONE: Fists Of Fury 3 Final Weigh-in And Hydration Test Results: