ONE: Fists Of Fury Weigh-In And Hydration Test Results 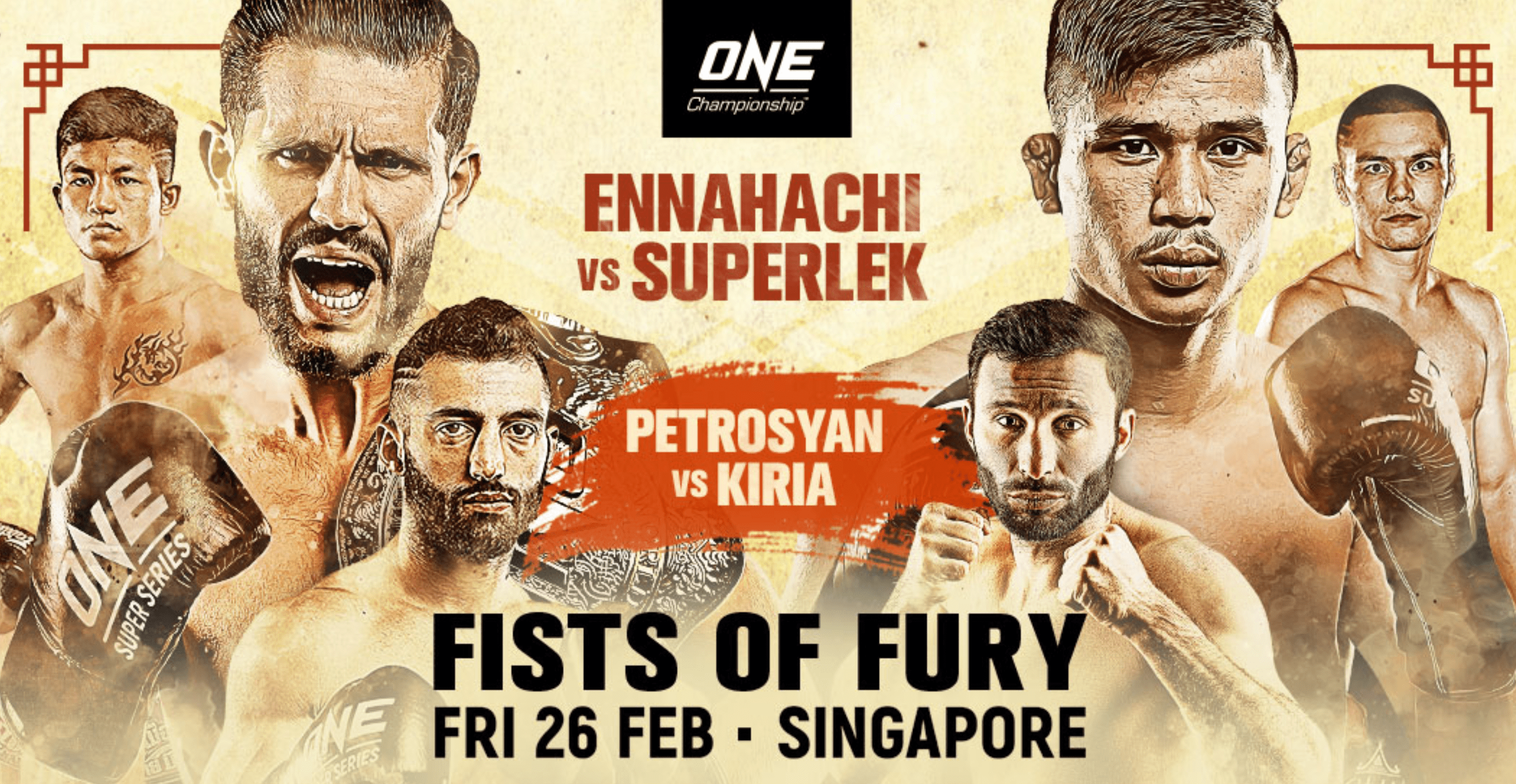 ONE Championship has released the final weigh-in and hydration test results ahead of tonight’s ONE: Fists Of Fury, which goes down at the Singapore Indoor Stadium, starting at 8.30pm local time. In the main event, Ilias Ennahachi is set to defend his ONE Flyweight Kickboxing title against the number two ranked Superlek Kiatmoo9.

Giorgio Petrosyan returns in the co-main event against Davit Kiria in a rematch, eight years on from beating him in Rome. Rodtang Jitmuangnon is also set to make his kickboxing debut on the card. After his original opponent Alejandro Rivas was forced to pull out, the ONE flyweight Muay Thai champion is now set to take on Tagir Khalilov.

Elsewhere on the ONE: Fists Of Fury card, Hiroki Akimoto and Zhang Chenglong run it back four months on from their three round battle at ONE: Reign Of Dynasties 2, Wondergirl Fairtex welcomes Jackie Buntan to the promotion, and Angela and Christian’s 16 year old sister Victoria Lee makes her debut against Sunisa Srisen.

Final Weigh-In And Hydration Test Results For ONE: Fists Of Fury