ONE: Inside The Matrix 3 Weigh-In And Hydration Test Results 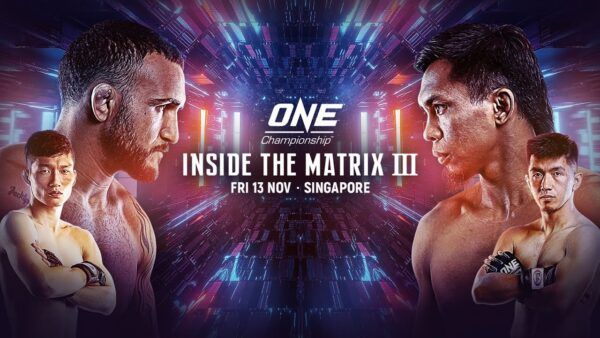 ONE Championship has just released the official final weigh-in and hydration tests results, ahead of tonight’s ONE: Inside The Matrix 3 at the Singapore Indoor Stadium. The five fight all mixed martial arts card gets underway at 8.30pm local time, and will he headlined by the top five bantamweight clash between John Lineker and the former champion, Kevin Belingon.

Belingon will have two of his Team Lakay members competing on the card. Geje Eustaquio takes on Song Min Jong in a catchweight contest, and Lito Adiwang goes up against the Shooto champion Hiroba Minowa in a strawweight bout.

ONE: Inside The Matrix 3 will also see grappling master Yuri Simoes make his MMA debut against Fan Rong, and Pancrase champion Hiroyuki Tetsuka go up against the unbeaten Murad Ramazanov.

Final weigh-in and hydration test results for ONE: Inside The Matrix 3