ONE: Inside The Matrix Pre-Fight Videos 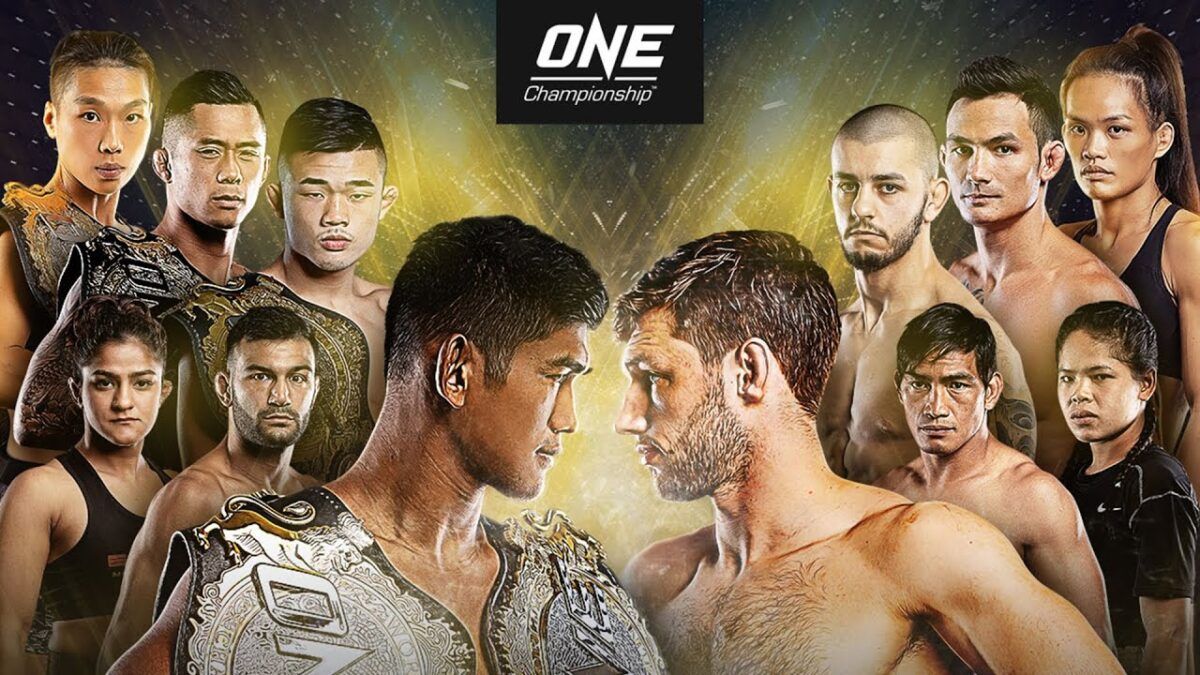 ONE: Inside The Matrix goes down on Friday night at the Singapore Indoor Stadium. The stacked card features six mixed martial arts bouts, four of which will be title fights. In the evening’s main event, two division champion Aung La Nsang is set to defend his middleweight title against the undefeated Reinier de Ridder.

Also defending their ONE Championship titles in Singapore will be Christian Lee defending his lightweight belt against the unbeaten Iuri Lapicus, Martin Nguyen defending his featherweight strap against Thanh Le, and Xiong Jingnan defending her strawweight title in a rematch against Tiffany Teo.

Below, you can find our exclusive pre-fight interviews, virtual media day recordings, the official promo, and the face offs.

ONE: Inside The Matrix Pre-Fight Interviews

“He said I won’t last ten seconds with him on the ground,” said Aung La. “I don’t get why he would make a comment like that. He’s confident in what he has so that’s great. I want to fight somebody that’s confident and I want to fight somebody that comes out there to fight. I train with world champions in jiu-jitsu as well. They don’t submit me in ten seconds. I’ll be fine on the ground. I’ll be fine anywhere with him.”

“I had an amazing camp, seven weeks of very hard work,” de Ridder stated. “I feel in great shape, and ready to kick some ass. … I’m very excited to show you guys, I think I know what’s going to happen, but now it’s up to me to show you.”

“When it comes to my next opponent, he’s willing to take food from their mouths,” Nguyen said. “That’s how I see it. And I don’t like that, and I’m going to do something about that. Thanh Le is that next guy and this is what’s going to happen to him.”

“It’s very important for me,” said Folayang. “Every fight for me is very important. Antonio is an upcoming fighter. I don’t want to be a gatekeeper. I want to showcase my abilities on why I have been able to become a world champion. So I think this fight will be an interesting matchup.”

“It’s gonna be a war,” said Caruso. “I’m a warrior, he’s a warrior. There’s one thing that we love and that’s war. So you tune in October 30th, me and Eduard, we’re gonna throw down. I can’t promise what’s gonna happen. But it’s gonna be a war and an epic fight.”

“Antonio Caruso is a BJJ athlete so we know what is his strong side.” Sangiao said. “He’ll be giving Eduard pressure on his advantaged side. But Eduard’s prepared for this. We have a good plan. Hopefully, Eduard can execute this game plan perfectly, so that he will be back on track. And he can regain the lightweight championship belt. And we are in Singapore, this is where he claimed his first belt before.”

ONE: Inside The Matrix Virtual Media Day

Official ONE: Inside The Matrix Promo

ONE: Inside The Matrix Face Offs

ONE: Inside The Matrix gets underway at 8.30pm local time, and will be shown by all of ONE’s broadcast partners. As well as on the ONE Super App.