ONE: King Of The Jungle Pre-Fight Interviews 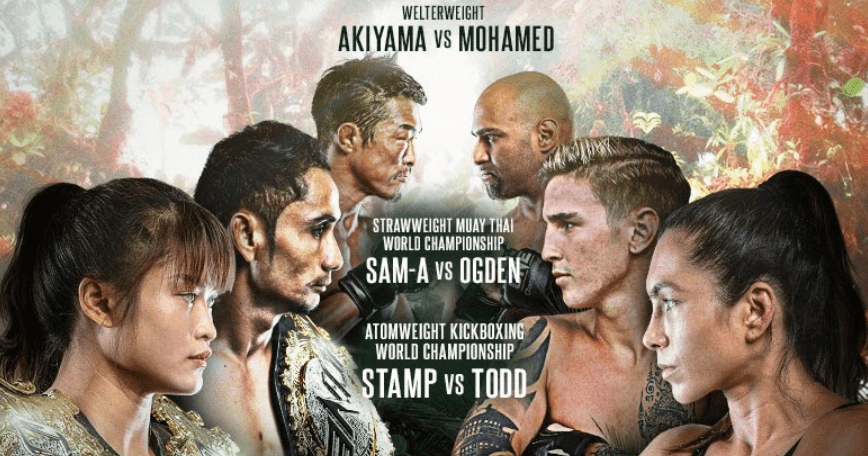 ONE: King Of The Jungle goes down Friday night at the Singapore Indoor Stadium. But while there will be be no fans in attendance, due to the Wuhan Coronavirus outbreak, it still promises to be a fun night of bouts. The card will consist of eleven bouts. Nine mixed martial arts, one Muay Thai and one kickboxing. The first bout gets underway at 6pm local time.

In the ONE: King Of The Jungle main event, Stamp Fairtex will defend her ONE atomweight kickboxing world title against Janet Todd. The two faced each other previously at ONE: Call To Greatness, when the inaugural ONE atomweight Muay Thai world title was on the line.

On the night, it was Stamp who just did enough to win a razor close unanimous decision, almost a year ago to the day in the very same venue.

Also competing on the ONE: King Of The Jungle main card will be home favourite Amir Khan, who will face Kimihiro Eto, and Yoshihiro ‘Sexyama’ Akiyama, who goes up against Sherif Mohamed.

There are also several exciting matchups on the lead card, including Denice Zamboanga vs Mei Yamaguchi, Shannon Wiratchai vs Honorio Banario and Ritu Phogat vs Wu Chiao Chen.

You can check out the final weigh-in and hydration test results here.

Check in with us after Friday night to catch all our exclusive post fight interviews.