ONE Muay Thai Champion Rodtang: I Want To Try MMA 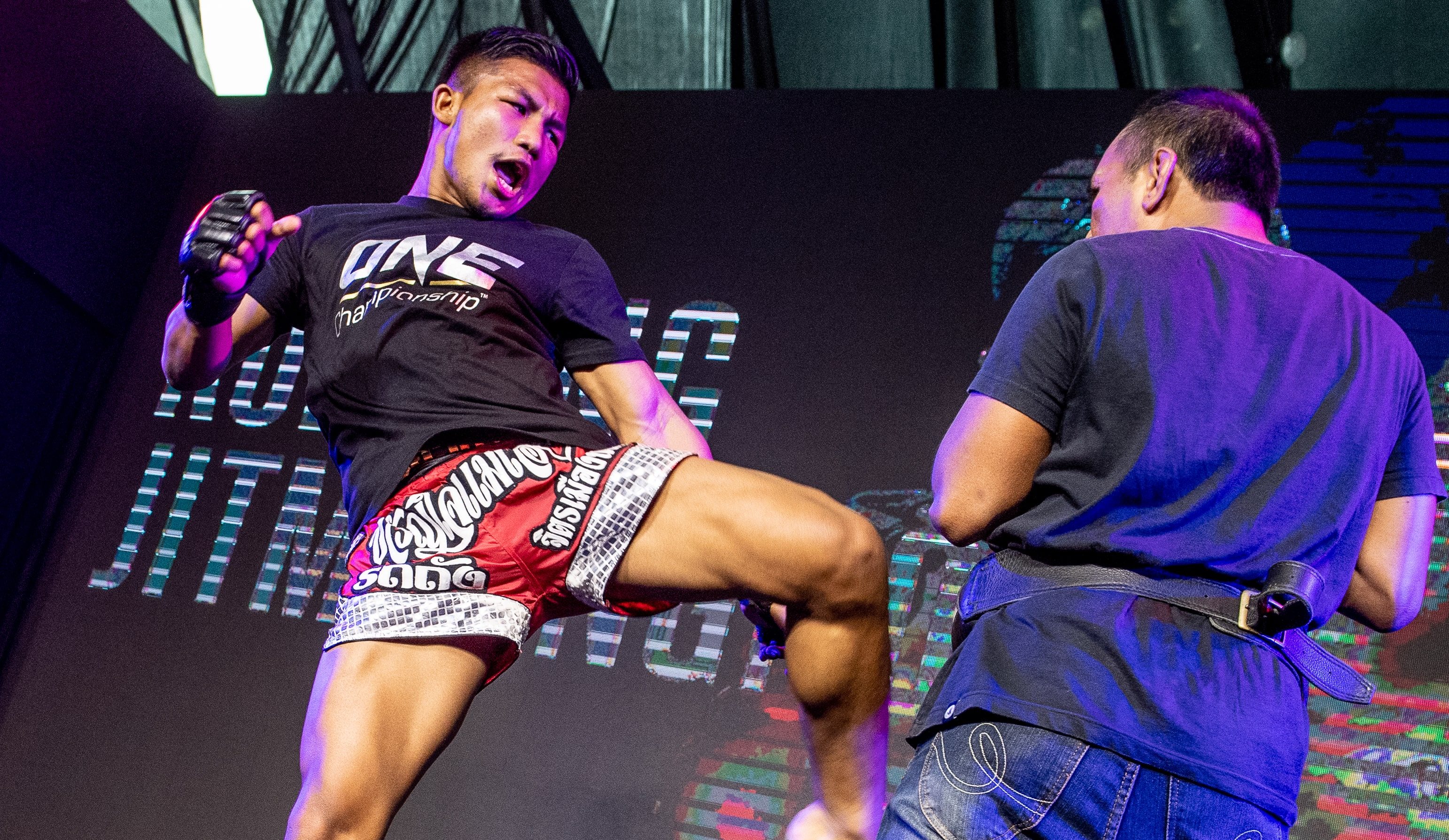 ONE Muay Thai flyweight champion Rodtang Jitmuangnon, is arguable the biggest name in Muay Thai right now. Since making his debut in ONE in 2018, ‘The Iron Man’ has gone 7-0 inside the ONE Circle.

Speaking to BJPenn.com‘s Tom Taylor, Rodtang once again expressed a wish to compete in mixed martial arts, following the lead of his girlfriend, the ONE atomweight Muay Thai champion Stamp Fairtex, who is 4-0 in MMA.

“I’ll still compete in Muay Thai, but I feel that I want to try MMA. Stamp was the one that invited me to try at the beginning,” the 22-year-old revealed.

Rodtang knows he needs some time to round up his game, as he has concentrated purely on his striking his entire life.

“I really have no idea [when I will compete in an MMA bout] yet. I can only say I’ll need more time to learn as I’ve spent my whole life striking.”

‘The Iron Man’ is meanwhile expected to defend his ONE Muay Thai belt, and has a few opponents in his mind. One of them is his old rival Jonathan Haggerty, whom Rodtang already defeated at ONE: Dawn Of Heroes in 2019 via decision, and again at ONE: A New Tomorrow last January by TKO.

“Well Jonathan is one of the best foreign Nak Muay that I’ve fought with. He’s got all skills and I don’t mind to rematch with him,” he said of the Brit.

When asked about a rematch with Tenshin Nasukawa, who handed him a controversial decision loss in June 2018, Rodtang said he is ready for anyone.

“I can fight to anyone, it depends on ONE Championship to decide. I won’t choose any opponent, but I know that I always bring out the best in me,” he explained.

Although Rodtang is satisfied with his current success, he is determined to keep competing at the top of his game.

“I can’t believe I’ve come this far, from a local athlete to international one. Now I have fans not just only in Thailand but around the world,” Rodtang said. “I’m speechless. I’m really grateful. I’d like to thank ONE Championship for making my life better and my dream bigger. However, I won’t stop. I’ll keep trying to give top performances.”

Rodtang first revealed his desire to compete in MMA back in January, whilst speaking to Asian Persuasion MMA ahead of his rematch with Haggerty in Bangkok, Thailand.

How do you think Rodtang Jitmuangnon would fare in MMA?