ONE On TNT 3 Results, Replay And Post Fight Videos 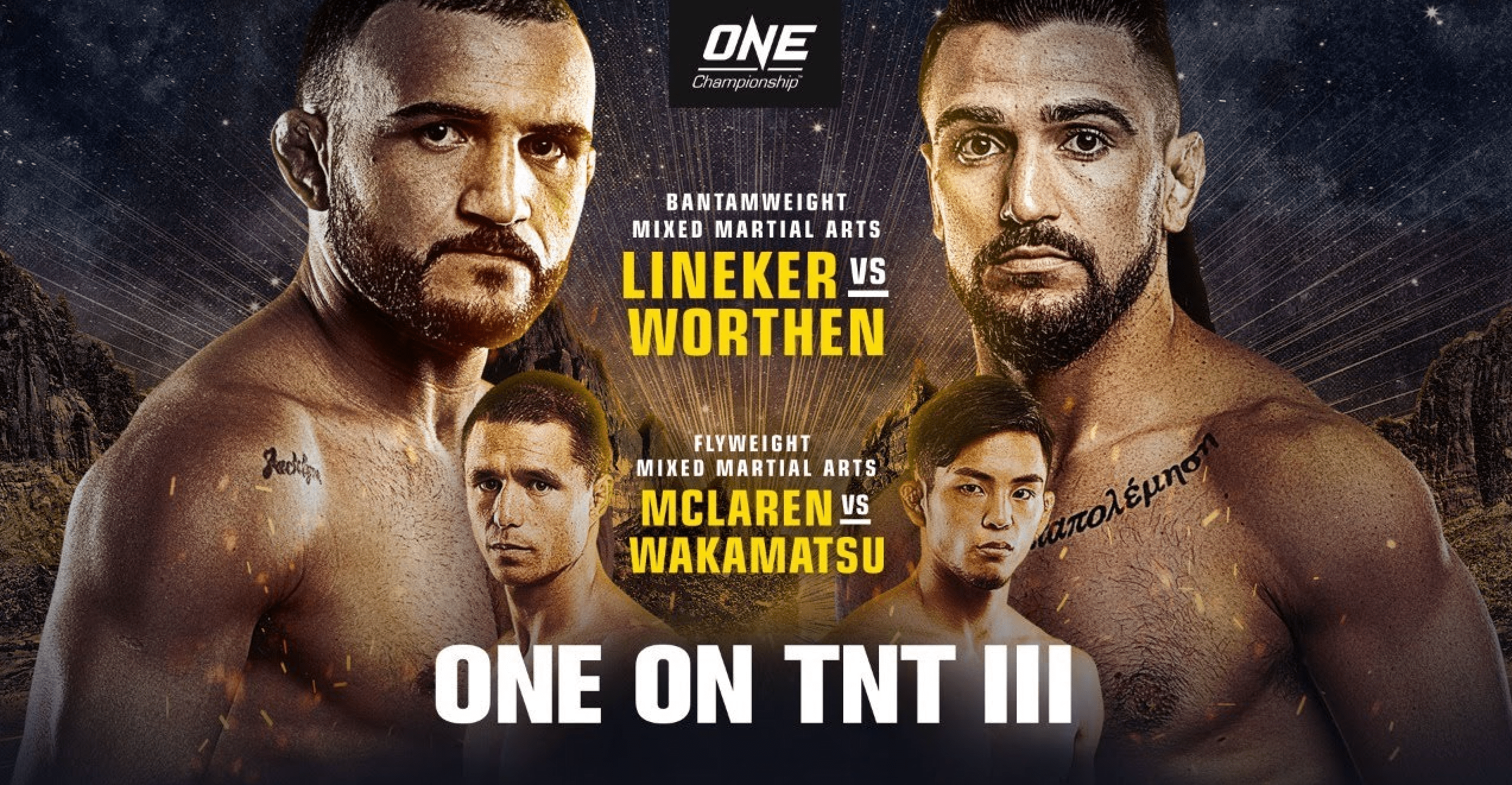 ONE on TNT 3 goes down Thursday morning at the Singapore Indoor Stadium, and will be broadcast on primetime in the US on Wednesday night. In the main event, the number one ranked bantamweight John Lineker faces Troy Worthen.

The Brazilian was originally booked to welcome Team Lakay’s Stephen Loman to the promotion, but the former Brave bantamweight champion tested positive for COVID on route from Baguio City to Singapore. Worthen was initially scheduled to face Shuya Kamikubo on the card.

Lineker is coming off a second round knockout of Loman’s teammate Kevin Belingon at ONE: Inside The Matrix 3. While Worthen is coming off the first loss of his career against the number three ranked Yusup Saadulaev at ONE: Collision Course.

In the co-main event, Reece McLaren and Yuya Wakamatsu face off in a top five flyweight contest. ‘Lightning’ is coming off a first round knockout of Aleksi Toivonen at ONE: Reign Of Dynasties. While the ‘Little Piranha goes into the fight with three straight impressive wins to his name since losing to Demetrious Johnson in the ONE Flyweight World Grand Prix.

Elsewhere on the ONE on TNT 3 card, Marat Gafurov and Ok Rae Yoon fight for the opportunity to face Eddie Alvarez in the ONE on TNT 4 co-main event next week, Ryuto Sawada meets Miao Li Tao in a strawweight contest, and Nieky Holzken and John Wayne Parr square off in a clash of the legends in a fun Muay Thai matchup.

ONE On TNT 3: John Lineker vs Troy Worthen Results

ONE On TNT 3 Replay:

ONE Championship returns in one week with ONE on TNT 4, which will see Aung La Nsang defend his light heavyweight title against Vitaly Bigdash in the main event.