ONE On TNT 4 Results, Replay And Post Fight Videos 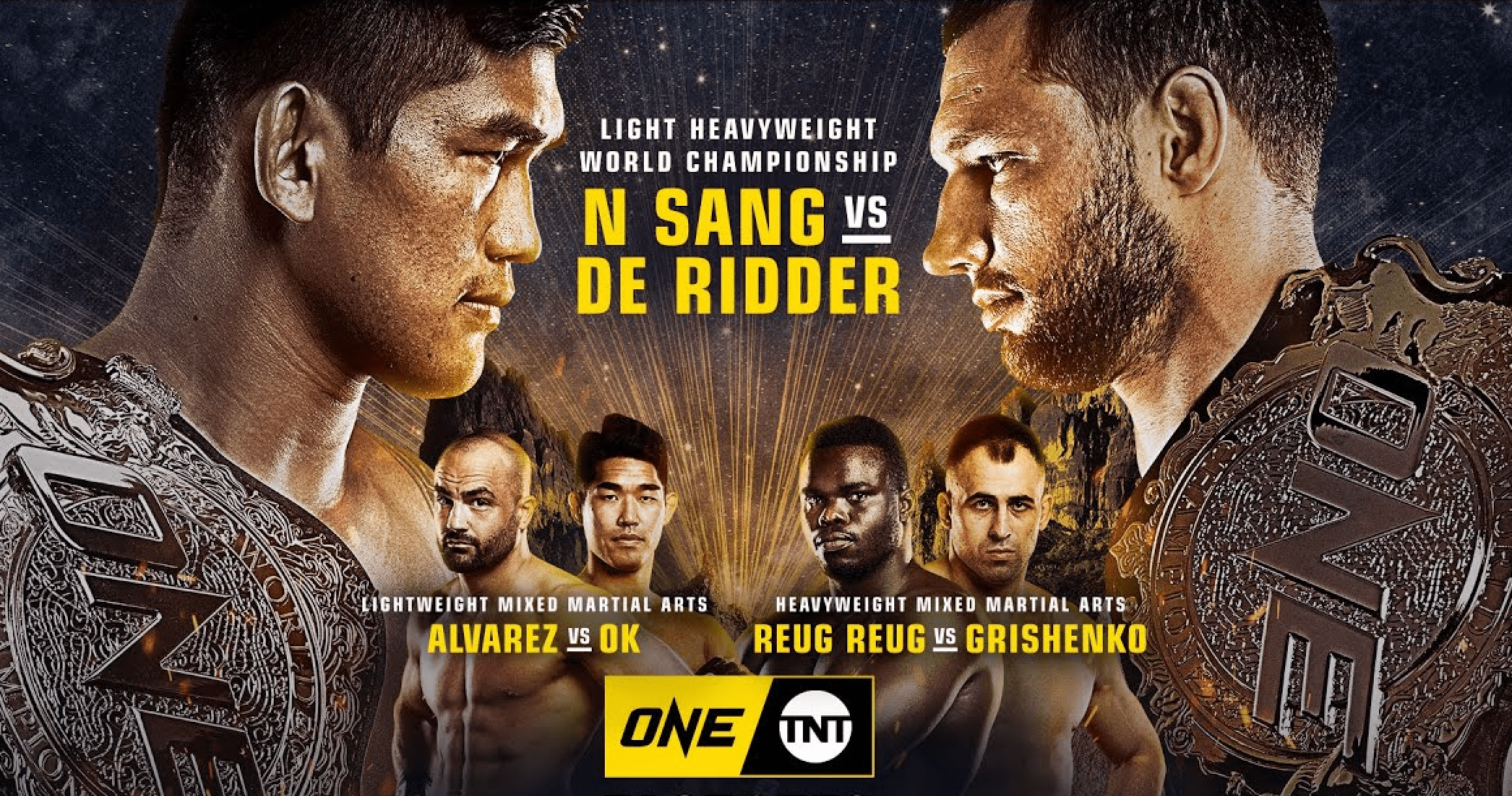 ONE on TNT 4 goes down Thursday morning at the Singapore Indoor Stadium, and will be broadcast on primetime in the US on Wednesday night. In the main event, Aung La N Sang defends his light heavyweight title against Reinier de Ridder on less than one week’s notice due to Vitaly Bigdash pulling out after he tested positive for COVID.

Aung La lost his middleweight title to de Ridder last October after being submitted in the first round at ONE: Inside The Matrix. The Dutchman is looking to become the first ever champion in MMA history to win titles at two divisions against the same opponent.

In the co-main event, Eddie Alvarez and Ok Rae Yoon make quick turnarounds, having fought earlier this month. The former UFC and Bellator champion saw his fight with Iuri Lapicus end in a disqualification loss at ONE on TNT 1. Although it was later overturned to a no-contest. While the former Double G champion beat Marat Gafurov at ONE on TNT 3.

Also on the main card, Oumar ‘Reug Reug’ Kane and Kirill Grishenko face off in the unbeaten heavyweights. Both men go into the bout 3-0 and with a 100 percent finishing rate.

ONE On TNT 4 Full Replay:

You can check out all our ONE on TNT series pre-fight and post fight interviews here.

ONE Championship returns on May 15th with ONE: Dangal, which will see Brandon Vera defend his heavyweight title against Arjan Bhullar in the main event.