One Pride: Spirit Of Champions Weigh-In Results And Preview 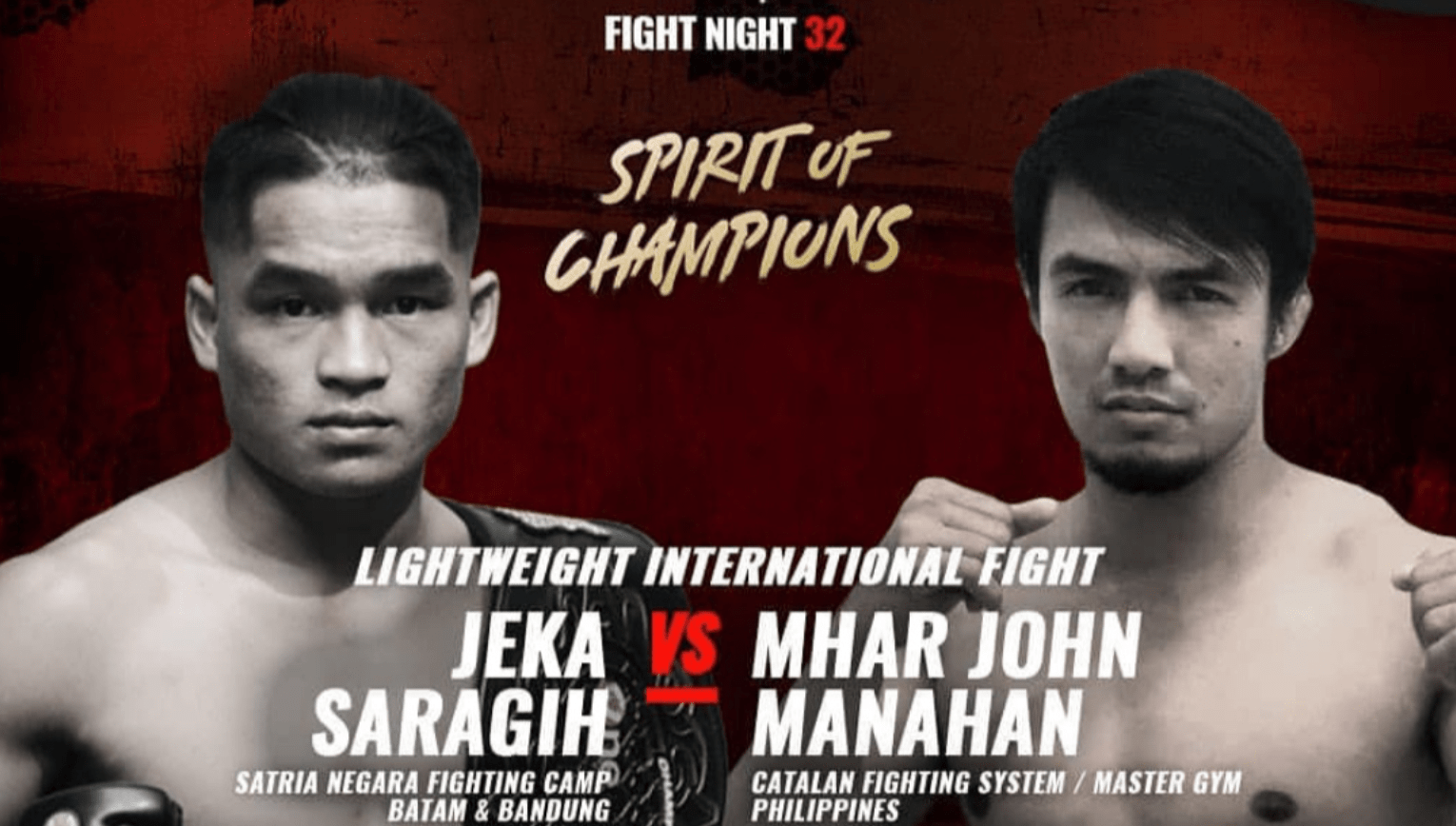 All but one fighters on made weight for the main card of One Pride Pro Never Quit Fight Night 32: Spirit of Champions.

Full weigh-in results for the One Pride: Spirit Of Champion main card:


In the Main Event, lightweight champion Jeka Saragih will have his first international fight against Mar John Manahan. Saragih successfully defended his championship belt for the fourth time against Hendrik Tarigan in just over one minute last July. His opponent, Manahan, is a silver medallist national kickboxer and trains under the tutelage of the wushu world champion Rene Catalan.

The co-main event will see bantamweight champion Achmad Eko Priandono defend his One Pride title. He has been involved in martial arts since 2007 and started his fighting career at One Pride in 2017. After losing to Sony Rizaldi in 2017, Priandono switched camp to Saint Martial Arts and racked up three consecutive knockouts and subsequently the bantamweight title.

“I fight not only for myself but for those around me who have always supported me, especially my mother, my sister and people who love me. That is my biggest motivation to move forward,” said Eko. “I will not stop at this point. Insha Allah (God willing), can go international. “

Eko, known for his lightning speed and combinations, will fight Yusuf Susilo, a striker with a contrasting style. Susilo has a karate background and will provide a unique challenge with a fighting style that relies on accurate and powerful strikes, that could end Eko’s resistance in a split second.

Former One Pride MMA strawweight title holder Brando Mamana, famous for his spinning kick that knocked Adi Paryanto at One Pride Arena, is also on the card. “Tiger Karo” is famous for one of the best finishes in One Pride history and has won six of his seven wins within the opening round. His opponent, Billy Pasulatan seems unstoppable, with four consecutive wins in the strawweight division. “The Twister” is one of the few fighters in One Pride who has been able to incorporate his Tae Kwon Do background into an effective package in MMA, providing a unique challenge to the former champion.

Finally, in a classic grappler vs striker bout, Brazilian Jiu Jitsu practitioner Yesreel Mocodaser faces boxer Jamil Burhan. Jamil is famous for his boxing skills, particularly his left hook. After his loss to featherweight challenger Novian Hartanto, Jamil chose to move to lightweight and was will be welcomed to his new division by Yesreel Mocodaser, who succeeded in impressing the fans in Indonesia, with the first Von Flue choke at One Pride Arena, against Sarweddy SIahaan.