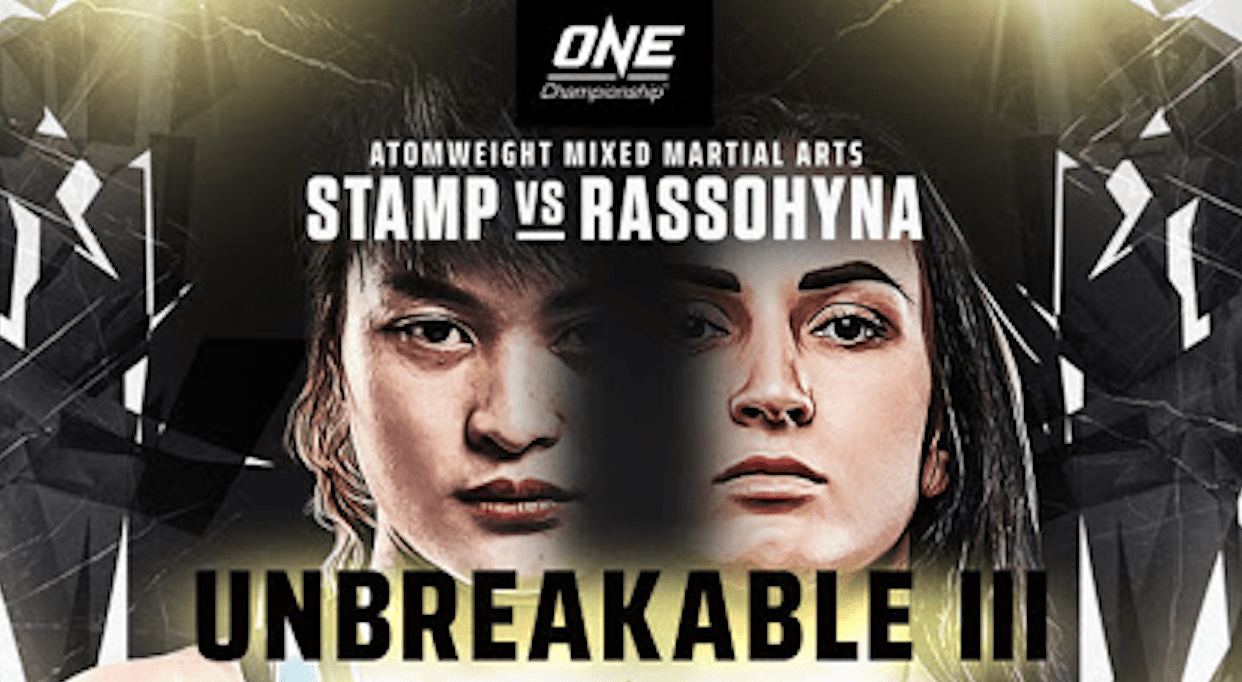 ONE Championship has released the final weigh-in and hydration test results ahead of tonight’s ONE: Unbreakable 3, which goes down at the Singapore Indoor Stadium, starting at 8.30pm local time. The promotion’s third card of the year features six mixed martial arts bouts.

In the main event, Stamp Fairtex competes for the first time since losing her atomweight Muay Thai title to Allycia Araujo at ONE: A New Breed. Going up against the 23 year old will be Alyona Rassohyna, in an atomweight mixed martial arts contest. The Ukrainian, who is known for her armbar, will be making her promotional debut.

The co-main event will see the number two ranked bantamweight Shoko Sato, takes on the exciting up-and-comer Fabricio Andrade. Elsewhere on the ONE: Unbreakable 3 card, Ryuto Sawada and Robin Catalan face off in a fun strawweight matchup, heavyweights Kang Ji Won and Mehdi Barghi collide, Rahul Raju faces Ahmed Mujtaba, and Tial Thang will look to make it three wins out of three in MMA against Paul Lumihi.

Final Weigh-In And Hydration Test Results For ONE: Unbreakable 3