ONE: Unbreakable Results And Replay 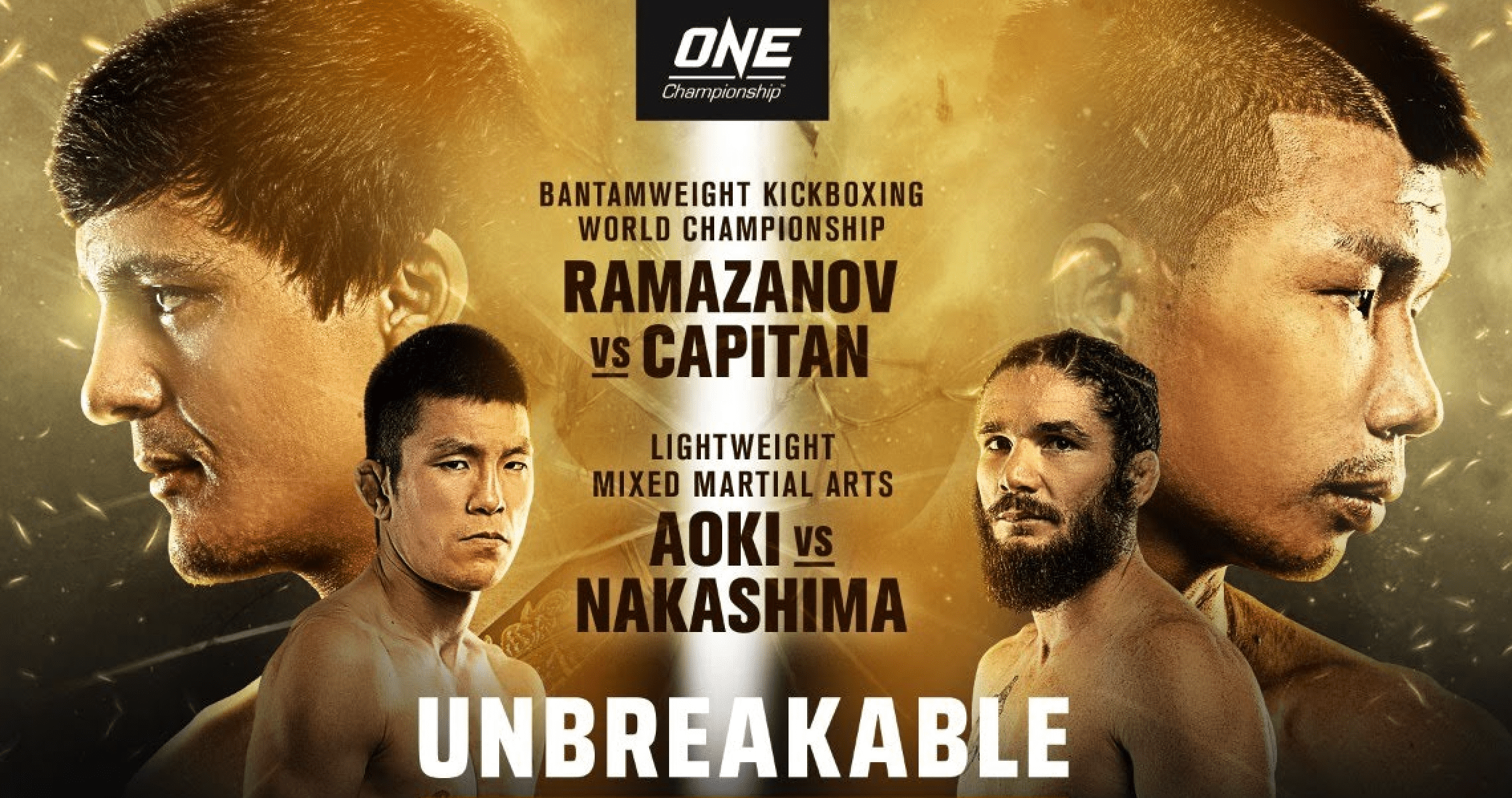 ONE: Unbreakable goes down tonight at the Singapore Indoor Stadium. The promotion’s first event of 2021 features four mixed marital arts bouts and two kickboxing contests, including a ONE Super Series title fight in the main event. Having won the ONE Bantamweight kickboxing title at the end of 2019, Alaverdi Ramazanov is set to make his first title defence against the number two ranked Capitan Petchyindee Academy, who made a spectacular promotional debut at ONE: A New Breed 3, knocking out Petchtanong Petchfergus in only six seconds.

In the ONE: Unbreakable co-main event, former champion Shinya Aoki is set to welcome James Nakashima to the lightweight division. ‘Tobikan J?dan’ is coming off back-to-back wins over Honorio Banario and Kimihiro Eto, since losing the title to Christian Lee. ‘Nako’ is coming off a loss to Kiamrian Abbasov in November at ONE: Inside The Matrix 2, when challenging for the welterweight title. The fourth round TKO loss was the first loss in his professional MMA career.

Official Results From ONE: Unbreakable

It was also announced on the broadcast that Demetrious Johnson will now challenge Adriano Moraes for the ONE flyweight title on April 7th. The title fight has been moved back from February 24th. Eddie Alvarez will also return against Iuri Lapicus on the card. And ONE flyweight Muay Thai champion Rodtang Jitmuangnon is set to face Jacob Smith in a non-title fight. The yet to be named card will be shown live in the US during primetime, on TNT.

ONE Championship returns next Friday night with ONE: Unbreakable 2, which will feature an exciting heavyweight clash between Mauro Cerilli and Abdulbasir Vagabov in the main event. Alain Ngalani is also set to welcome Oumar ‘Reug Reug’ Kane the promotion.