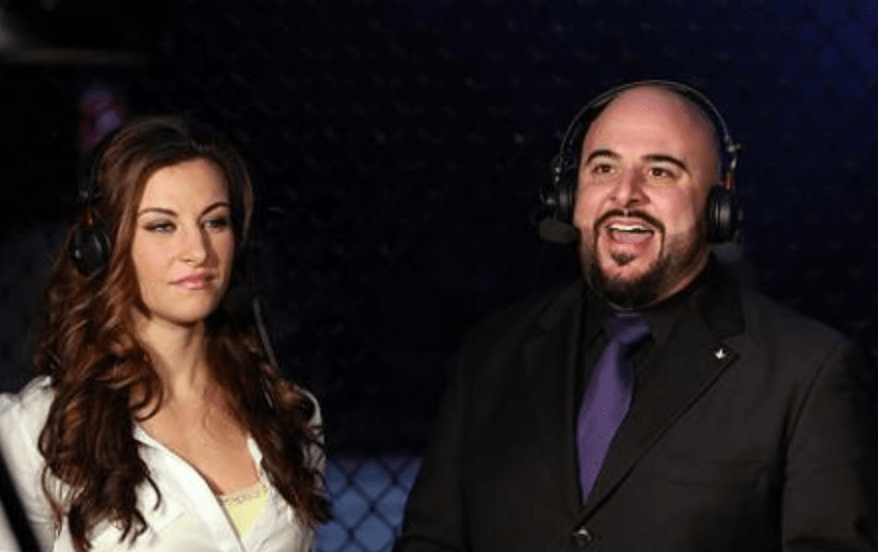 Michael Schiavello has been commentating since the age of 16 and his experience includes calling the action at K-1, Dream, King of the Cage, BAMMA, Invicta FC, Legacy Fighting Championship, The Contender Asia, and most recently ONE Championship.

Commentating last month at ONE: King of the Jungle, Schiavello got to call fights inside an empty stadium for the first time ever, as a result of the coronavirus outbreak. Speaking to MMA Junkie, the legendary Australian commentator spoke about the experience.

“I actually think that we may have been one of the first sports organisations on the planet – not just mixed martial arts – to announce we were going to do an empty stadium show. Not long after Chatri [Sityodtong, ONE CEO] announced it, Serie A and different soccer leagues began to follow suit, and there were other sports that then came on board and started doing empty arenas,” Schiavello said. “I believe ONE Championship was the first organisation to say, ‘Hey. We’re not going to cancel. We’re going to go on.’ We’re just going to do it in an empty arena after discussing it with health officials and government officials in Singapore.

“I give full credit to Chatri, because it’s not just about making money (like) a money making machine. With Chatri and with ONE, it’s about the fans. It’s about hope. It’s about inspiring people, people that are down on their luck, people that are having a hard time. And especially in Asia, where the coronavirus emanated from, they were suffering before the rest of the world. (It was about) giving these people something to hold on to, something where they can sit in front of their TVs on a Friday night and be entertained.”

Working For The Greater Good

Considering numerous social issues which were unfolding at the time, Schiavello felt that the job they were doing was more important than what they were paid for.

“The beauty of it was when we were all there, we all knew we were doing something above and beyond each of us getting a paycheck. We knew we were doing something for the greater good,” Schiavello said. “It was already a worldwide pandemic that already had most of Asia in fits of anxiety and panic. People losing their jobs, people going to the hospital and losing their lives. Our contribution was, ‘Hey. You know what? We can give you an escape from this terrible reality for four hours on a Friday night. If we can do that for you, that makes us feel good that we’ve given something back.’”

Asian Persuasion MMA was in attendance at ONE: King Of The Jungle in the Singapore Indoor Stadium, as one of only a few media outlets allowed to attend. And while security is always tight at a ONE show, there were extra measures in place on the night. Which Schiavello gave some insights into.

“When we went to the arena the night before for the rehearsals, we arrived one by one and they held up a thermometer to our foreheads, took our temperature, and the rule was if you had a temperature of 38 degrees (100.4 F) or more, you weren’t coming in,” he explained. “You were going to isolation to quarantine. You were going to the hospital. So we all had to take our temperature, sign a health declaration form, get a special wristband, then we were permitted into the arena.

“The same thing happened the next night. No one was allowed in the arena – only one cornerman. There were guys that flew out with their families. Rocky Ogden, who fought the main event that evening, flew out with his parents, his girlfriend and his coach, Wayne Parr. They had to stay in the hotel. Only Wayne was allowed into the arena, so even his parents could not come. Back then, it wasn’t a matter of 100 people or less; it was a matter of a totally empty arena for full safety.”

Schiavello described how the lack of a feedback from an audience affected his performance and preparation.

“Being in that environment and commentating in that environment, it was very challenging, because you don’t have the crowd to feed off. You haven’t got the lulls and the manic highs and the crescendos,” he explained. “The pitch of the audience is like a symphony. It’s like an orchestra. You’re an opera singer, you’re a Pavarotti, and you’ve got the maestro conducting the orchestra, and when the orchestra starts to pitch high and crescendo, your voice crescendos in that high C. But when you haven’t got that maestro, that orchestra playing to you, you’ve got to create those crescendos and those lulls yourself, so it’s very difficult to be able to bring that energy and fill in that empty air that you wouldn’t necessarily need to fill in if you had an audience there.

“Mitch and I, we prepared for it, and we decided we’d be a little somber in the opening that we did with Chatri. We’d lay the foundation. Then, from there, it was full-bore. It was no holding back, balls to the wall, giving it a full-pelt commentary like we usually do.”

For Schiavello, this ONE Championship event was an unforgettable and rewarding experience.

“It certainly was different, and I am proud to have been a part of it,” Schiavello said. “I felt like for four hours on a Friday night, millions of people who were watching – particularly those watching in Asia – they got some relief from the panic, the anxiety, the sickness, and the frustration that they were feeling there and then.”

Despite The Coronavirus, USADA Will Continue To Test UFC Fighters

The Strain The Coronavirus Is Putting On Lethwei Fighters

Tagged: COVID, Michael Schiavello, ONE Championship, ONE: King Of The Jungle