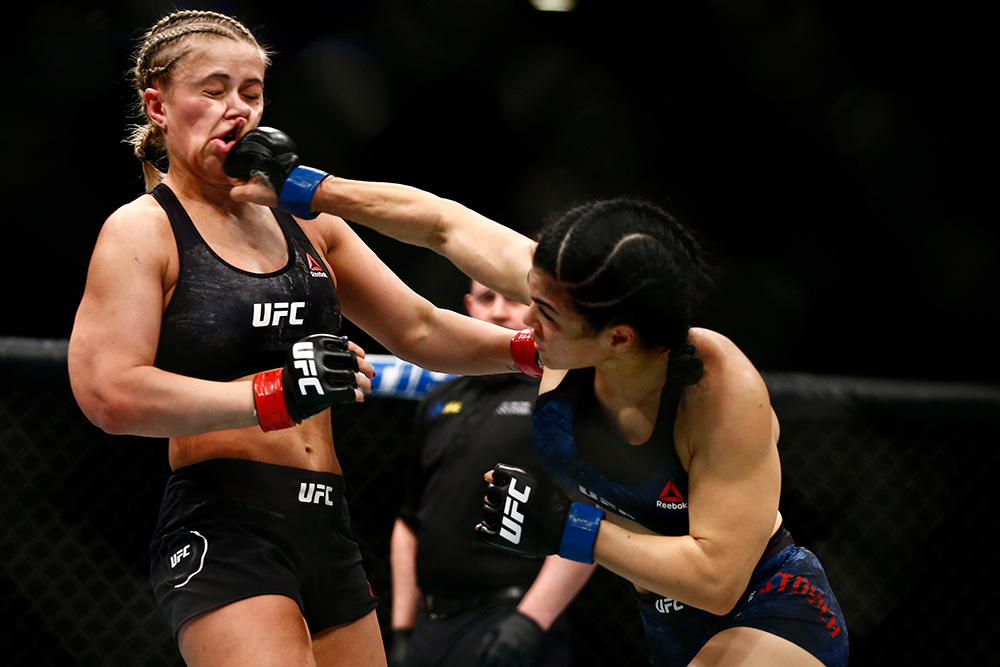 Paige VanZant got back to winning ways at UFC Brooklyn, defeating Rachael Ostovich in the second round. In doing so, Paige also became only the second female UFC fighter to finish multiple fights via the armbar submission.

Talking to ESPN’s Ariel Helwani on the Helwani Show, PVZ gave props to Rachael Ostovich for her efforts.

Paige also said that she knew the fight was over when she trapped Ostovich in the armbar. PVZ revealed that she heard Rachael’s arm ‘pop multiple times’. As reported earlier, Ostovich suffered hyperextension in her left arm, and further tests will be done when she reaches Hawaii.

“I felt her arm pop multiple times, so I knew it was over”, Paige revealed.

Paige also said that she wants to get back inside the Octagon in March, and that her recent fight was just as emotional as her UFC debut.