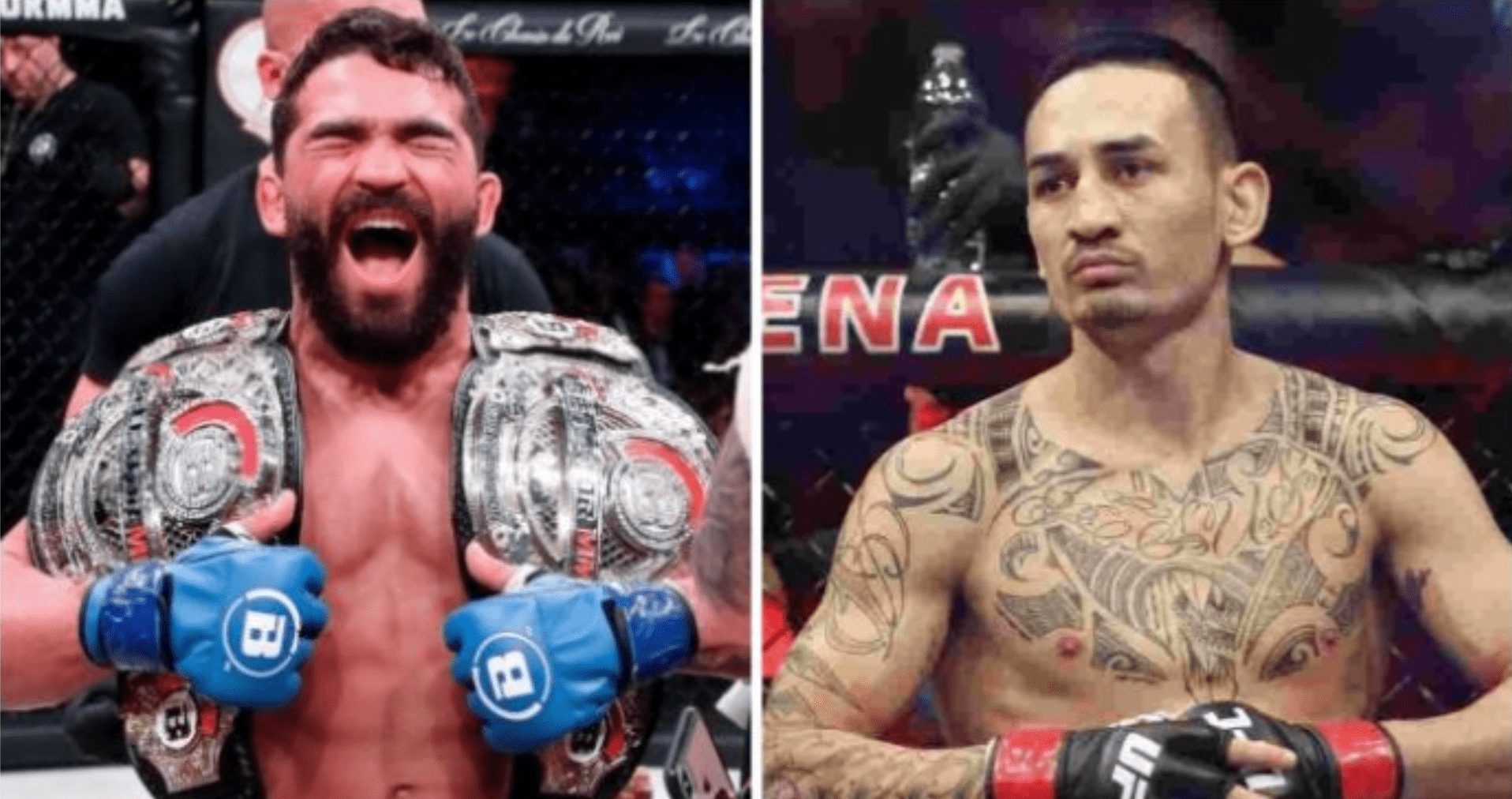 Bellator featherweight and lightweight champion Patricio ‘Pitbull’ Freire has no plans of signing with the UFC anytime soon, but he is more than open to cross-promotion fights with the organisation’s top fighters.

With the most overall wins (19) and the most title fight wins (9), Freire is one of the most decorated fighters in Bellator history, but he is looking to add some big names outside of the promotion to his resume.

Speaking to MMA Junkie, Freire revealed that he wants to see champions compete in cross-promotion fights to elevate the sport of MMA to the next level.

“I definitely want to have a shot at those guys – especially the ones that people say I can’t beat or that would beat me easily,” Freire said. “It’s not that the UFC interests me most, actually. I’d like to create history, something new in the sport – to create a big cross-promotion, like in boxing [where] you have the champions sometimes fighting each other. That’s what we’re missing in MMA right now. I’d like to be the guy to start that.”

Last month, Michael Chandler made a stunning start to his UFC career by finishing Dan Hooker in the first round of the co-main event at UFC 257. Freire, who beat the UFC newcomer at Bellator 221 to win the lightweight title, said that he believes his one-time opponent is going to beat everyone in the UFC, and eventually get his hands on the title.

‘Pitbull’, who has bragging rights over Chandler, wants Bellator’s best fighters to compete against the UFC elite to see which promotion has the better talent.

“There’s something more that I would like to add to this sport,” Freire revealed. “I’d like to be part of this big movement to make this change [and] force the UFC. I already beat your future champion. So let’s put everyone together and see who’s really the best. The fans would want that. The sport needs that. No more, ‘This promotion or that promotion?’ There is a business side of things, but people want to see the best fighting the best.”

Max Holloway is considered the greatest ever featherweight by many, but with 19 wins and six title defences in Bellator’s 145lbs division, Freire also lays claim to the GOAT status, and he wants to fight the Hawaiian to prove that he’s the better fighter.

“[The future] belongs to God,” Freire said. “We’ll see what’s next. Maybe Max Holloway gets tired of making pennies in the UFC and comes to Bellator so we can make a huge stadium show in Hawaii. We could see a change from the top guys from the UFC [coming] to Bellator.

“If they don’t think there is money here, that’s a lie. Bellator would be willing to pay for those who deserve it. We will see what the future reserves – where I’ll be at, where they’ll be at, and what Bellator will be willing to do. But I don’t have any worries. I know it’s going to do something good.”

Would you like to see a cross-promotion fight between Patricio Freire and Max Holloway?