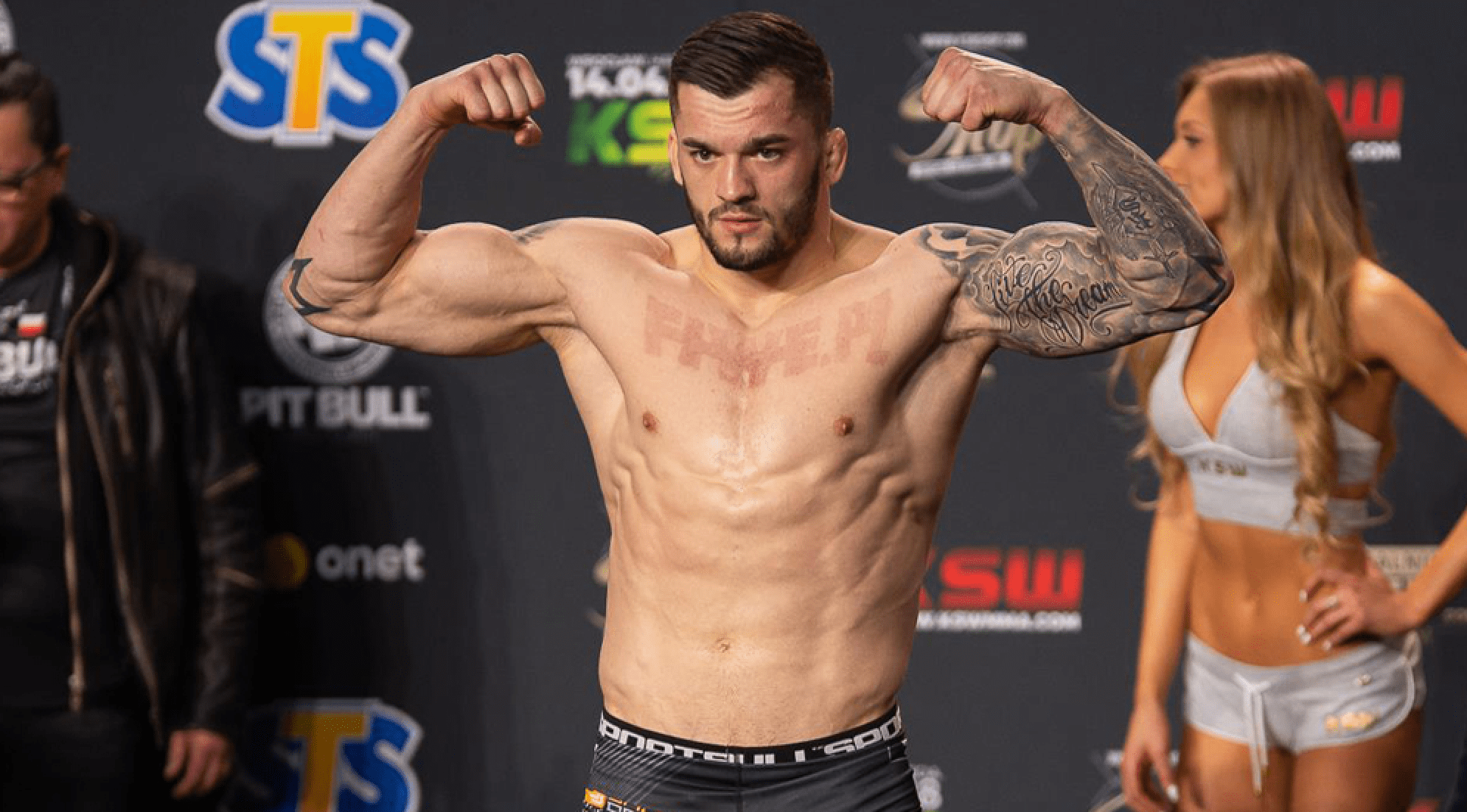 KSW welterweight champion Roberto Soldic (16-3) has received a new opponent ahead of KSW 50 this Saturday night at The SSE Arena, Wembley. Former Polish wrestling champion Michal Pietrzak (8-3) will step in for the injured Patrik Kincl (arm) and the fight against Soldic will now be a non-title fight contest at an 80kg catchweight.

Pietrzak comes in on late notice and brings with him a very impressive grappling pedigree. With national wrestling and no-gi grappling titles to his name, Pietrzak is widely seen as one of the best grapplers in Poland. He enters KSW on a three-fight-win-streak on the Polish MMA scene and with arguably nothing to lose as he faces one of KSW’s biggest stars in Roberto Soldic.

At just 24-years-old Roberto Soldic (16-3) has already earned himself one of the fiercest reputations in the sport and is known as one of the brightest prospects in all of MMA. The heavy-hitter has an incredible fourteen wins via TKO/KO and an overall finishing ratio of 94%. The Croatian joined KSW in 2017 and won the welterweight title in his first fight with a one-sided win over former longtime champ Borys Mankowski. His past three fights have all ended in devastating KO finishes including taking less than ninety seconds to dispatch of the previously undefeated Krystian Kaszubowski in his last title defence.

Tickets are available through  Ticketmaster.co.uk &  AXS.com. The event is available to watch globally on  www.KSWTV.com.