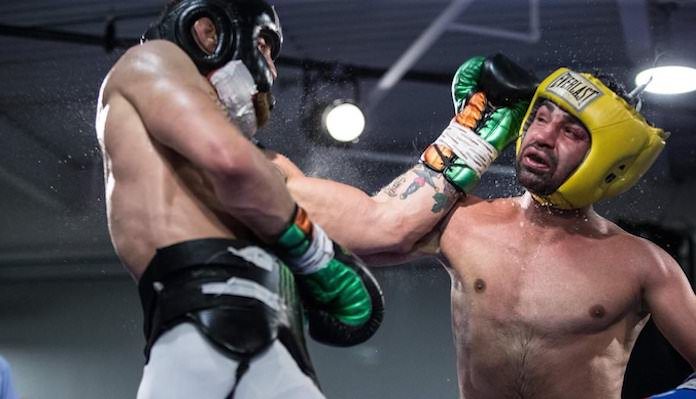 Paulie Malignaggi and Conor McGregor haven’t been the best of chums. While Conor was busy preparing for Floyd Mayweather, they brought in the former world champion to prepare McGregor for the undefeated pugilist. However, that soon turned out to be a bad idea, with Conor and Paulie going back-and-forth over who got the upper hand during their sparring sessions.

Paulie Malignaggi will face Conor’s teammate Artem Lobov in the next edition of Bare Knuckle Fighting Championship, and there is no love lost between the two. However, while talking to the media, Paulie recently admitted that Conor McGregor could’ve stopped him during their sparring sessions.

“If you see it unedited, I actually thought it was pretty entertaining”, Malignaggi said (via MMA News). “And the only reason it’s entertaining is because I’m talking shit, he’s talking shit, and it’s mildly competitive because I don’t have enough air, oxygen, to assault him.”

Malignaggi implied that Conor McGregor could’ve exploited the fact that Paulie got winded during the sparring session, but that McGregor wasn’t brave enough to do so.

“I’ll tell you one thing about Conor, he could have probably stopped me in 12 rounds because I don’t have the air supply to go 12 rounds under those circumstances, but he’s got no balls at all”, Malignaggi added. “So every time I was able to land a shot or two, he gave me my points. He gave me a chance to re-oxygen. All I had to do was pot shot him and rip him with random shots here and there, and it would domesticate him enough to pace myself throughout the 12 rounds.”