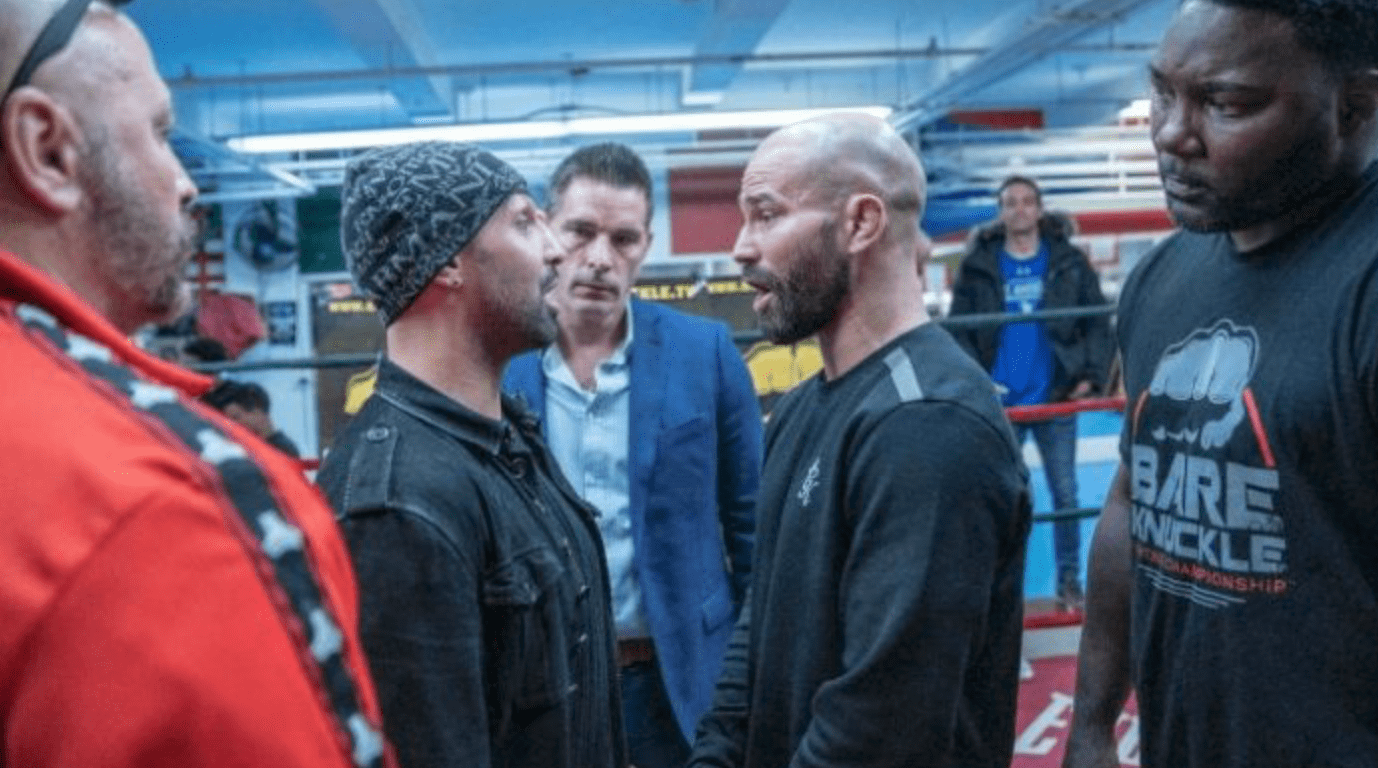 If you thought the fead between Paulie Malignaggi and Artem Lobov was bad before, it’s just got a whole lot worse.

On Monday, the Bare Knuckle Fighting Championship (BKFC) held a pre-fight press conference in New York City, ahead of BKFC 6, which does down the June 22nd in Tampa, Florida.

And it didn’t take long for things to get heated between the two. At one point, Malignaggi swung the microphone in the direction of Lobov’s head and also spat at ‘The Russian Hammer’, after threatening to, if Lobov pointed at him one more time.

As the former WBA and IBF boxing champion got more and more angry, he threatened to put Lobov in a coma and urinate in his mouth.

“I’m gonna take out my dick, after I knock his teeth out and I’m gonna piss in that toothless mouth”

Malignaggi has a habit of spitting. Recently he was seen spitting on a mural of Artem’s good friend and training partner, Conor McGregor. The American has previously stated that he will put the Irish Russian in a coma. You can see Malignaggi talk about this and his fead with Lobov and McGregor, here.

After the press conference, Lobov spoke to the Fight Hub TV about being spat at and said that it ‘shows what kind of person he is’.

Malignaggi also spoke to the Fight Hub TV, who mainly spoke of his dislike towards McGregor and their infamous sparring session.

How do you see this fight playing out next month?