Paulo Costa, Five Other Fighters Told To Move Up A Division By CSAC 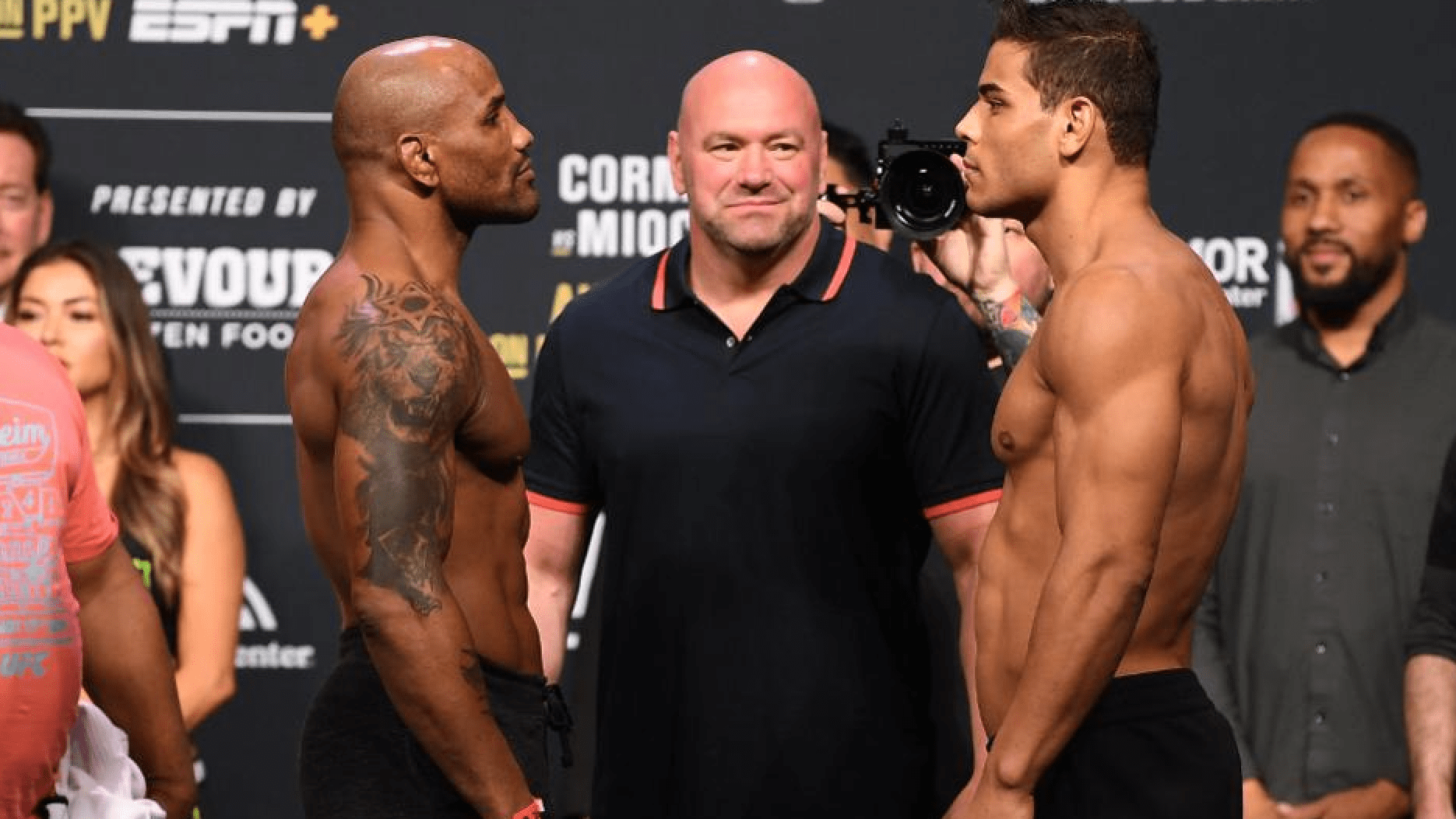 At UFC 241, Paulo Costa defeated Yoel Romero in a closely contested bout. While Borrachinha walked away with the win, it was revealed that he bloated to nearly 15 percent after the weigh ins and on fight day. As per CSAC’s regulations, fighters shouldn’t weigh that much within the short window between the official weigh ins, and the night of the fight.

However, Paulo Costa wasn’t the only fighter who put on that amount of weight. Five other fighters who fought on the UFC 241 card were given notice by the California State Athletic Commission to move up a division, as per MMA Junkie. Sabina Mazo, Brandon Davis, Kyung Ho Kang, Manny Bermudez, and Sodiq Yusuff were the other five fighters who received the notice from the athletic commission.

As per CSAC, fighters who gain 15 percent automatically trigger a “notification letter” that states “they have been moved up a weight class in California”. This would mean that they would need to get cleared by CSAC before fighting in their current weight class, if and when they fight in California in the future.

“If those fighters wish to fight below the weight class that CSAC moved them to, then they will have to enroll in a nutrition program and work with the (UFC Performance Institute or a similar place) to address their weight/weight gain”, Blackstock wrote in an email to MMA Junkie. “Their nutrition program and findings from the PI will have to be sent to CSAC for review and approval before the fighters are moved down in weight class.”

Wallid Ismail, Costa’s manager said that the fighter was already planning to go to the PI. However, it wasn’t because CSAC asked him to, and he also made it clear that the commission cannot mandate fighters to fight in a particular weight class.

“He loves the UFC PI”, Ismail said. “We’re not going because the commission asked him, but because the PI is wonderful. Fighters don’t go there because of free food. They go because it’s the best place.”