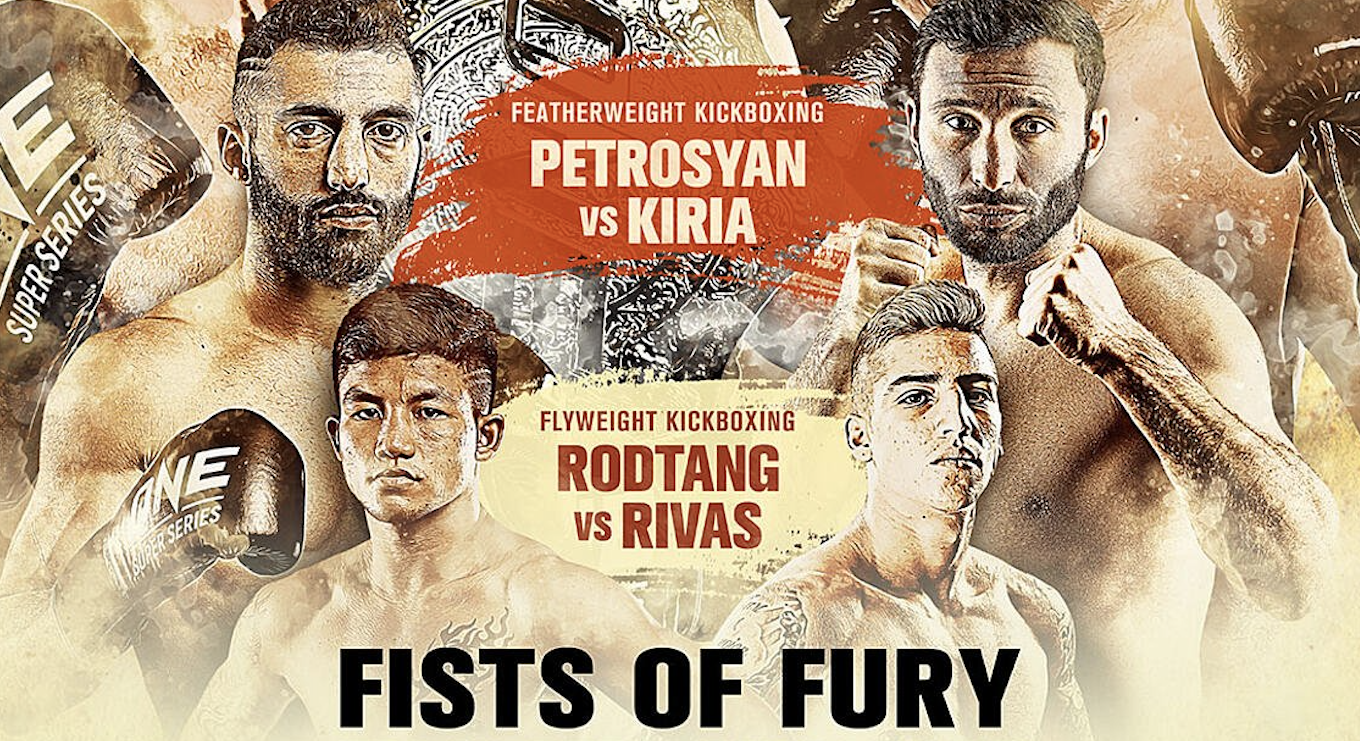 ONE Championship has announced details of their upcoming ONE: Fists Of Fury series, set for Singapore on February 26th, March 5th, and March 19th.

Ilias Ennahachi is set to defend his ONE Flyweight Kickboxing title in the main event against the number two ranked Superlek Kiatmoo9. In the co-main event, Giorgio Petrosyan returns against kickboxing world champion Davit Kiria in a rematch, having beaten him eight years ago.

ONE: Fists Of Fury will also see the reigning ONE flyweight Muay Thai champion Rodtang Jitmuangnon make his kickboxing debut against Alejandro Rivas. The number three ranked bantamweight kickboxing contender Hiroki Akimoto is set to take on the number four ranked Zhang Chenglong, four months on from their first encounter at ONE: Reign Of Dynasties 2,

Elsewhere on the card, Thai sensation Wondergirl Fairtex will look to continue where she left off at ONE: A New Breed against Jackielou Buntan, and Angela and Christian’s 16 year old sister Victoria Lee makes her promotional debut against Sunisa Srisen.

Full Lineup For ONE: Fists Of Fury

ONE: Fists Of Fury 2 is headlined by a pair of heavyweight bouts, as Iranian superstar Amir Aliakbari goes up against Kang Ji Won, and Anatoly Malykhin squares off against Alexandre Machado.

ONE: Fists Of Fury 3 will see Regian Eersel defend his lightweight kickboxing title against Mustapha Haida. While in the co-main event, ONE Atomweight kickboxing champion Janet Todd is set to face off with Alma Juniku in an atomweight Muay Thai contest.

Before then however, ONE: Unbreakable 3 goes down this Friday night in Singapore and is headlined by Stamp Fairtex going up against Alyona Rassohyna in an MMA atomweight contest.

Alejandro Rivas has been forced to withdraw from his flyweight kickboxing contest with Rodtang Jitmuangnon due to health and safety protocols, and will be replaced by WMC I-1 Global champion, Tagir Khalilov. The Russian has a 22-7-2 professional record.