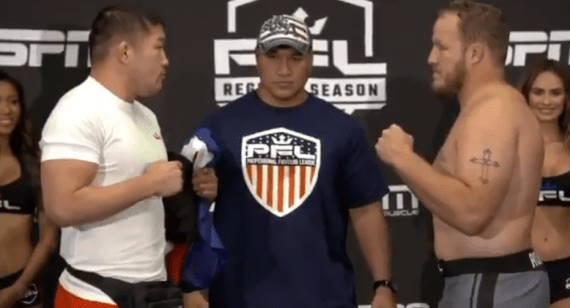 PFL 6 went down Thursday night at the Ocean Casino Resort in Atlantic City, New Jersey. The card featured the final round of the heavyweight and light heavyweight group matchups, ahead of the playoffs.

The main event saw a heavyweight clash between Satoshi Ishii and jared Rosholt. Khabib Nurmagomedov’s cousin Umar Nurmagomedov, also competed on the card in a bantamweight clash against Sidemar Honorio, which wasn’t part of the tournament.


This is how the results leave the PFL heavyweight and light heavyweight playoff brackets looking: