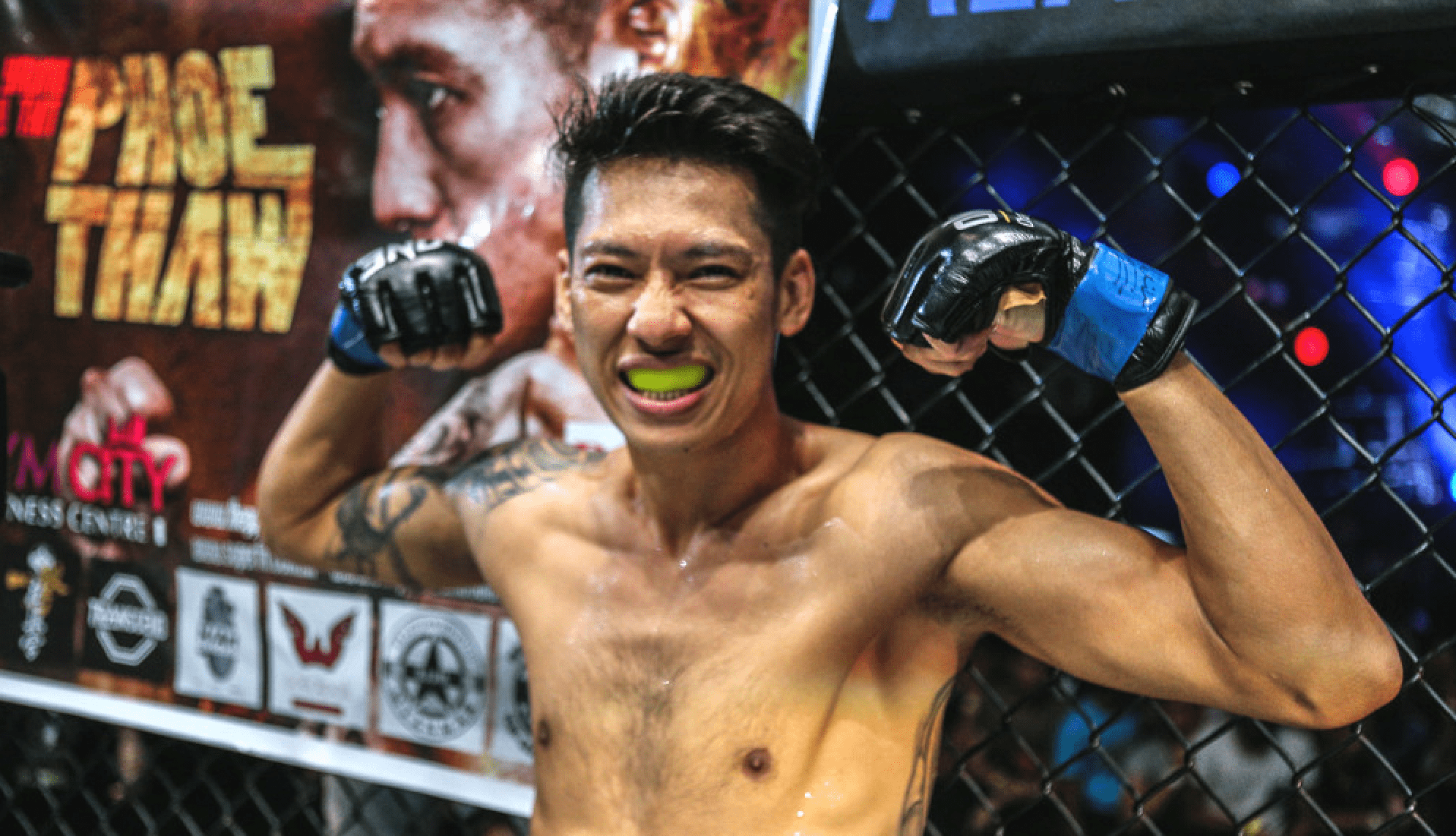 ONE Myanmar Featherweight Tournament 2016 Champion Phoe “Bushido” Thaw is looking forward to his match with “The Big Heart” Yoon Chang Min on October 13 at ONE: CENTURY. The pair will throw down in ONE Championship’s grandest event to date at the iconic Ryogoku Kokugikan in Tokyo in what promises to be a historic 100th live event for the promotion.

One thing Thaw is excited about is knowing he’ll get to showcase his skills in front of millions of people, particularly in the United States where ONE: CENTURY will be broadcast live via TNT.

“I am excited that ONE: CENTURY will be on American TV,” Thaw said.

“I have so many fans there who want to see me, besides the ones in Asia.”

“Bushido” started his mixed martial arts career with ONE and currently holds a record of 8-1. He has explosive power and has ended seven matches in the first round by way of knockout, including his most recent win against Victorio Senduk at ONE: LEGENDARY QUEST.

Knowing that more people will be watching his upcoming bout, Thaw is motivated to showcase his skills and wants to give his opponent a tough match. He’s also looking for the finish which he hopes will lead to bigger and better things in the future.

“I have the most knockouts in the division, so I am prepared to continue my streak,” Thaw said.

“My training is going great and I am learning more Lethwei for stand up and Brazilian Jiu-Jitsu for ground. I feel like I have been improving my skills every training camp and have proven to be a tough contender in my division.”

ONE: CENTURY feature two full-scale world championship events, four world title matches, three Grand Prix Finals and a promising action-packed card. Thaw is proud to be a part of this historic event and to be able to compete in Japan, where he finds similarities with his country’s martial arts traditions.

“It is very exciting to be on the ONE: CENTURY card,” Thaw said.

“I wanted to show my skills in Japan ever since ONE was there last year. I train with Japanese coaches and study aikido and karate before. Japan, similar to Myanmar, has a huge tradition in martial arts and fans who really understand the athletes and the honour that goes with performing at your best levels.”

Thaw will not be the only Myanmar athlete competing in Tokyo. Two-division world champion Aung La N Sang will defend his ONE Light Heavyweight World Title against ONE Heavyweight World Champion Brandon Vera. “Bushido” is hoping he and Aung La can make their country proud with resounding victories.

“I hope that I can show the world what a Myanmar fighter is,” Thaw said. “And I hope that my country has two athletes with hands held up for victory.”