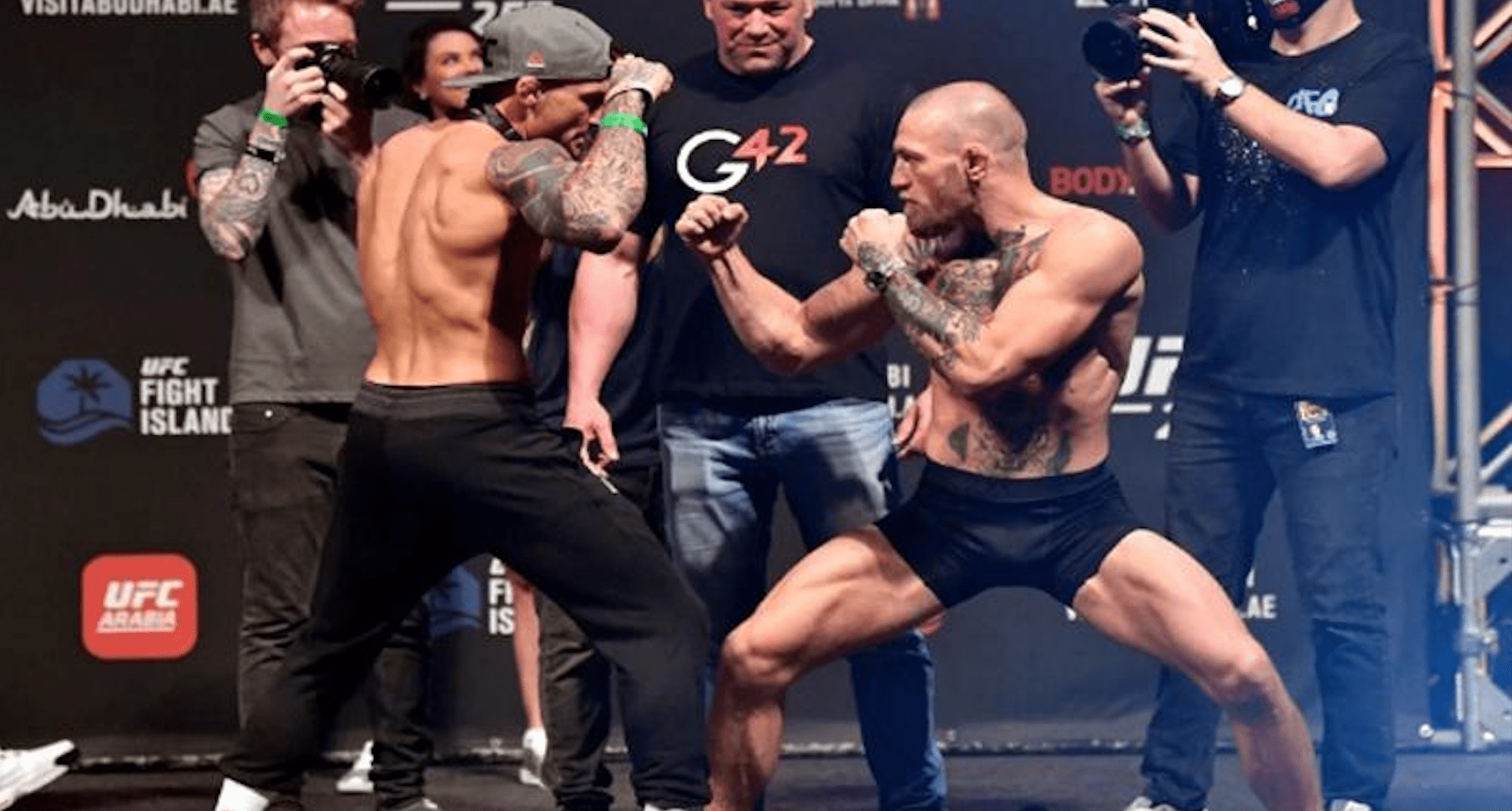 Dustin Poirier has explained why he snubbed a lightweight title fight against Charles Oliveira in favour of the trilogy fight with Conor McGregor, set to headline UFC 264 on July 10th.

Having finished McGregor in their rematch at UFC 257 this past January, Poirier was the frontrunner to fight for the title, which was vacated by Khabib Nurmagomedov in February, when the UFC acknowledged his retirement after months of chasing him in the hopes of bringing him back.

Instead of fighting for the title, Poirier decided to give McGregor an immediate rematch, making way for Michael Chandler to fight for the belt after only one win in the promotion. Oliveira finished the former Bellator champion in the second round to win the vacant title at UFC 262.

Speaking to ESPN (as transcribed by MMA Weekly), Poirier said that choosing the rubber match with McGregor over the chance to fight for the title was an easy decision to make.

“I made that decision pretty easily,” Poirier said. “If I’m the best in the world then I’m going to beat Conor and fight for the belt. It’s like doubling down on yourself. I’m a gambling man and I believe in my skills in fighting, so I just doubled down.”

Had he chose to fight for the title, Poirier revealed that he wouldn’t have earned any pay-per-view points, and that his base salary this weekend will be at least three times what it would have been to fight Oliveira. The 32 year old Louisiana native believes that he will earn between six and ten times the amount against McGregor than he would have been paid to fight the Brazilian for the title.

“Me fighting for the belt, I wouldn’t get pay-per-view [revenue]. I would have gotten a base salary of probably not even a third of my base salary for this fight. It just doesn’t make sense. I’m a prize fighter,” Poirier said. “I’m going to make six, seven, ten times the amount of money to fight Conor again – Like I said, I’m a father, a husband, and I have priorities. I wouldn’t have gotten pay-per-view points for the title fight. The Conor fight, I have pay-per-view points built in. There’s no question.”

While he’s focused on the task at hand, Poirier said his ultimate goal is to become the champion, and he understands that a win over McGregor will likely set him up for a title fight against Oliveira.

“I was pushing the fight at a heavier weight. I wanted to fight at 170 [pounds] because I didn’t want to cut down to 155 [pounds] again,” Poirier said. “But he wants to do it at 155. The UFC wants it at 155, so I know what that means. That means the winner of this fight is fighting for the belt. My goal still is to be the world champion.”

Do you think Dustin Poirier did the right thing by choosing the Conor McGregor trilogy ahead of a title shot?