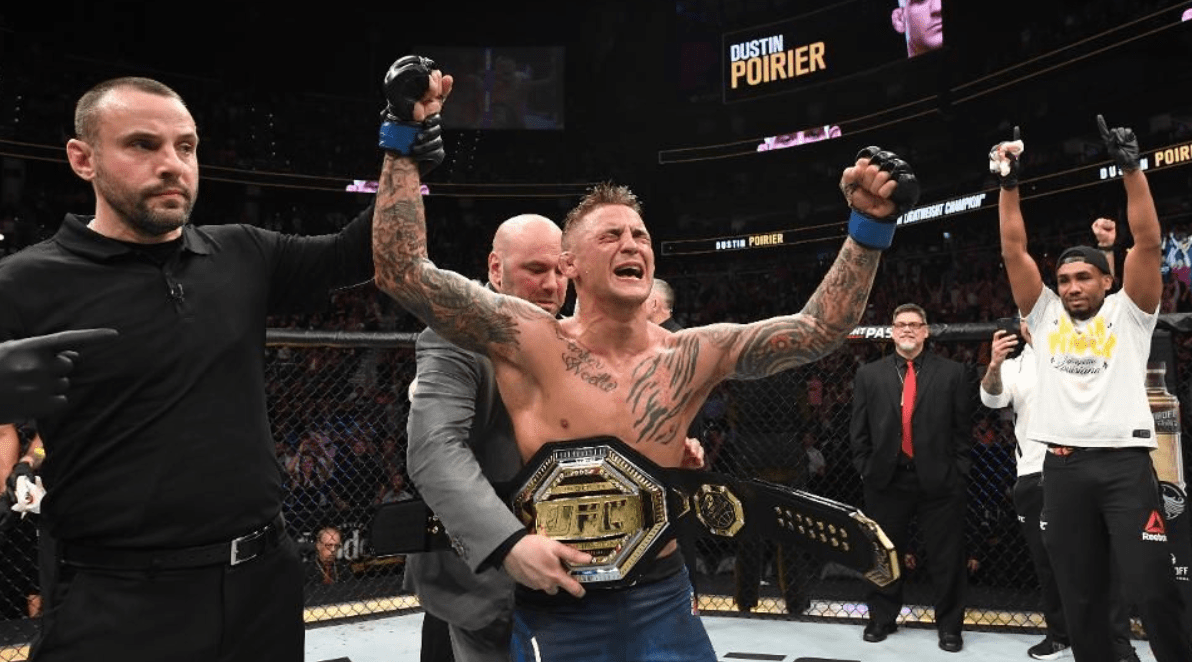 Former UFC interim lightweight champion Dustin Poirier, is ready to return to the Octagon with a bang after a seven month lay off, following his submission loss to Khabib Nurmagomedov at UFC 242 last September.

Following the loss, Poirier went under the knife to repair a hip injury that he claimed had been affecting him for ‘six to eight years’. Now it appears that he’s fighting fit again and eager to make up for lost time.

Poirier was originally scheduled to take on Dan Hooker at UFC San Diego but this was scrapped due to the ongoing coronavirus pandemic. ‘The Diamond’ says he is still game for a fight with ‘The Hangman’ once the UFC starts holding event again.

However, speaking to MMA Fighting, Poirier said that if the chance to rematch a certain Conor McGregor presented itself, he would jump at the opportunity.

“Of course I’d rather have that. Like I said, I want the biggest and the highest ranked guys that I can get. Yeah, I’m not circling back around to these guys or begging for fights.

“I’ll fight Dan Hooker no problem, but my job is to get the biggest fights, the most money, get the highest ranked opponents that I can get. So whenever I see people and opportunities that make sense, like me and Conor, of course I would push for that.”

Poirier and McGregor first met in 2014 at featherweight, with ‘The Notorious’ winning via TKO in the first round. In recent months the two lightweights have gone back and forth on social media.

McGregor impressed on his return to the Octagon earlier this year at UFC 246, scoring a quick fire 40 second win over ‘Cowboy’ Cerrone. There was talk that the Irishman would face Justin Gaethje in the summer but he’s being targeted to face Tony Ferguson next month, after UFC 249 was postponed.

With McGregor needing a dance partner, Poirier is more than willing to step in the Octagon with the former two division UFC champion.

“It just depends on what the UFC has in mind and Conor’s timeframe when he wants to fight,” Poirier said. “A lot of factors play into all this decision making. But I’m definitely open to the fight.”

In the last few years, McGregor has fought at welterweight and fought under the Marquess of Queensberry Rules. And Poirier is open to testing himself outside his usual lane.

“I’d love it at welterweight,” Poirier said. “I would love it in a boxing ring. I’d love it in MMA. I’ll take it at 185 [pounds], I don’t care. I just want the biggest fights that I can get, and that’s definitely one of them.

“I’d love to box Nate Diaz or McGregor in the Octagon, or in the boxing ring,” Poirier said.

Earlier this week, UFC president Dana White announced that the UFC will return on May 9th.

Would you like to see a rematch between Dustin Poirier and Conor McGregor?