Poirier Or McGregor, Chandler Reveals Who He’s Rooting For At UFC 264 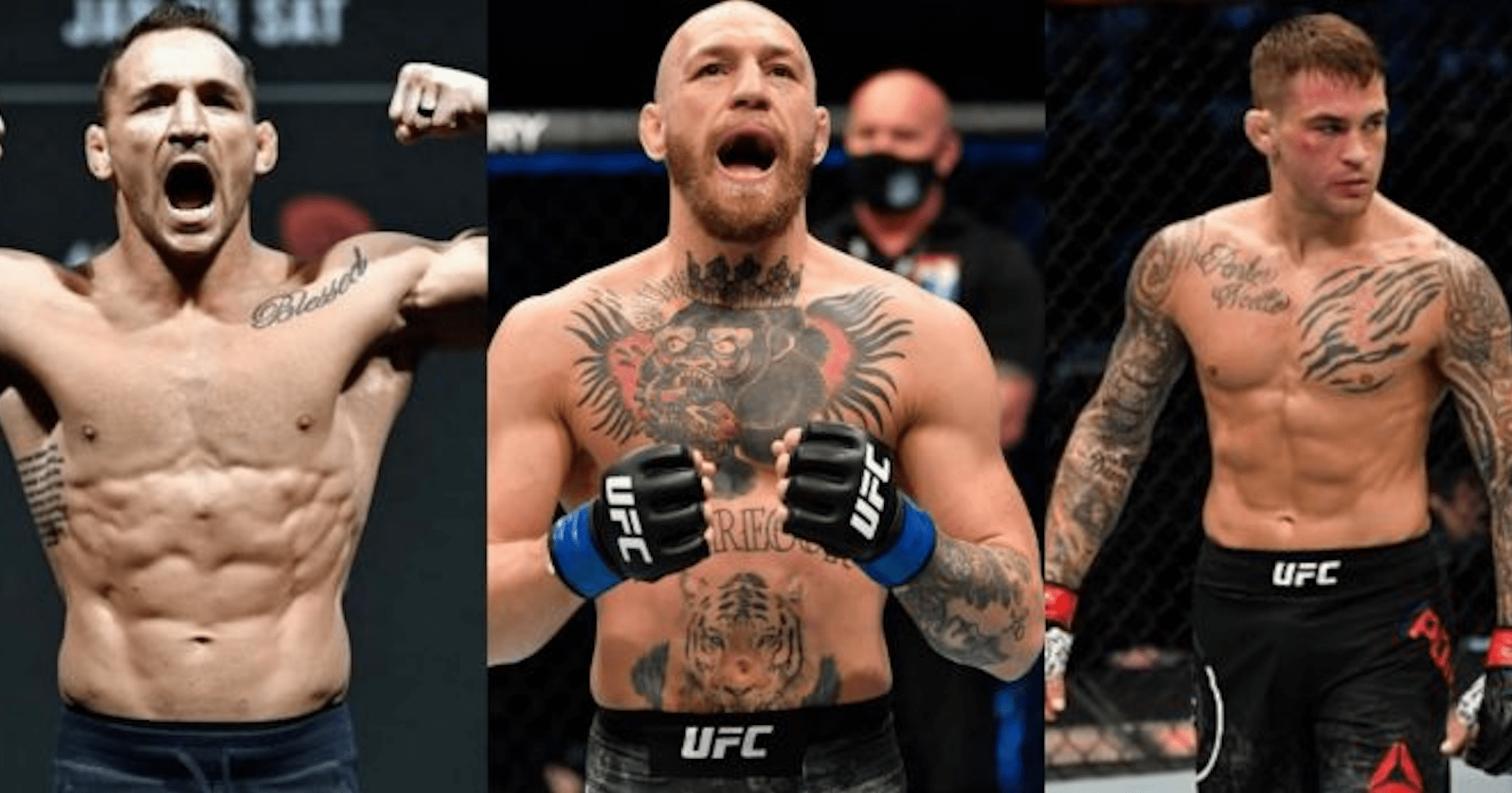 Ahead of UFC 262 this weekend where he will fight Charles Oliveira for the vacant lightweight title, Michael Chandler has revealed who he’ll be rooting for when Dustin Poirier and Conor McGregor face off for a third time at UFC 264.

Chandler, who is a former three-time Bellator lightweight champion, made his UFC debut earlier this year at UFC 257, where he TKO’d Dan Hooker in the first round.

Poirier was the UFC’s first choice to fight Oliveira for the vacant belt, but after he turned down the title fight in favour of the McGregor trilogy, the fight was offered to Chandler, who grabbed the opportunity with both hands.

There’s a high possibility that the winner of Oliveira vs Chandler will go on to defend the title against the winner of Poirier vs McGregor later this year.

Speaking to TMZ Sports (as transcribed by MMA Mania), Chandler said that if he becomes the champion at UFC 262, he’d be excited to defend his title against whoever wins the UFC 264 main event between Poirier and McGregor, but from a financial standpoint, he’ll be rooting for the former two division champion.

“They’re number one and number one A in my book,” Chandler said. “I want to see Conor come back, man. There’s nothing better than when a guy as big as Conor McGregor, falls short, loses and is able to pull himself back and win. It’s a huge story, it’s a huge storyline.

Poirier and McGregor are currently tied at 1-1. In their first bout, which was back in their featherweight days at UFC 178 seven years ago, the Irishman needed less than two minutes to get the TKO. The Louisiana native then returned the favour by scoring a TKO victory of his own at UFC 257.

The lightweight title was previously held by Khabib Nurmagomedov, who retired from the sport after successfully defending it against Justin Gaethje at UFC 254. The UFC formally acknowledged his retirement four months later this February, however.

Who do you think wins when Michael Chandler faces Charles Oliveira for the title at UFC 262, and Dustin Poirier and faces Conor McGregor in their crucial rubber match at UFC 264?