Rahul Raju Oozing With Confidence Ahead Of Amir Khan Fight 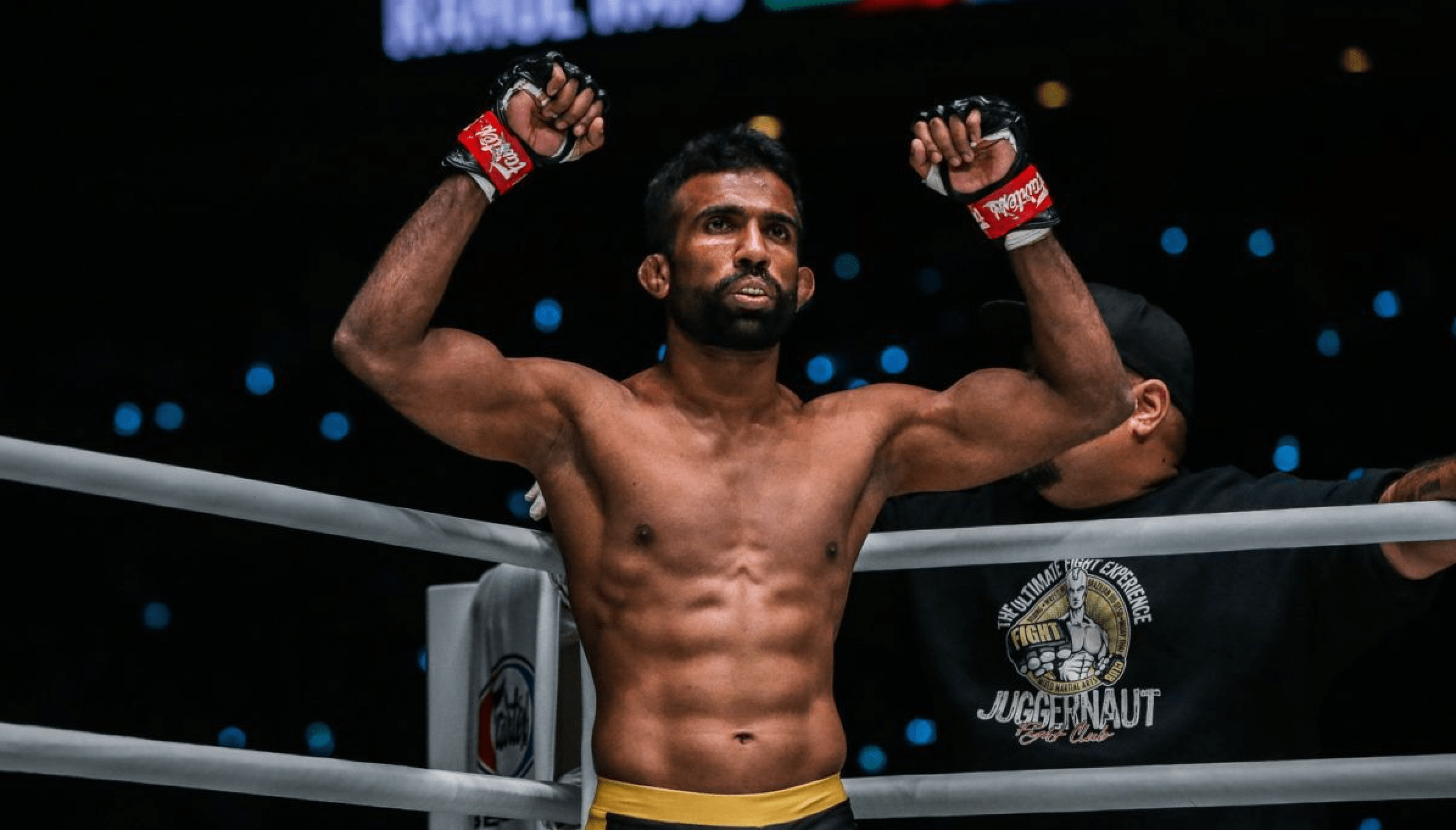 On October 9th at ONE: Reign Of Dynasties, Rahul Raju will do battle with Amir Khan in a lightweight contest. The Singapore-based Indian fighter last saw action at ONE: Edge Of Greatness in November last year, where he defeated Furqan Cheema by submission.

After 11 months of inactivity, ‘The Kerala Krusher’ will finally be returning to action. Speaking to exclusively to Asian Persuasion MMA, Raju said that he has enjoyed an incredible training camp and is looking forward to stepping into the ONE Circle once again.

“I’m very excited, I’m great,” said Raju. “I had a great camp so I’m just excited to get in the cage on Friday. I’m so blessed, I’m so happy, I’m very excited. This is an opportunity that goes to very few fighters, so I’m very grateful that I’m one of them and I’m thankful for ONE Championship for putting together this event.”

The Bangalore native had previously called out Khan and now the matchup between the two has finally come to fruition. This is a fight that Raju has been waiting and preparing so long for.

“This is the matchup that I was looking forward to,” Raju said. “And I’m very happy that it happened now. I’m ready, I like the matchup. It’s like a style matchup. I’m a better grappler, he’s a better striker. So it’s going to be a treat for the fight fans.”

While he did issue a callout to Khan, Raju was content to face any opponent in his division. However, his direct challenge towards the Singaporean knockout artist was due to the prestige his name held, having previously challenged for the ONE lightweight title. ‘The Kerala Krusher’ hopes a win in this fight can get him closer to the belt.

“I Want To Dominate The Fight”

Having been the one to initiate the match, Raju is hoping to make a statement in his fight with Khan, and is looking to display dominance for the entirety of the bout, after his opponent said he would ‘beat him up’.

“I think he’s getting himself in the fight,” Raju said. “So obviously that is what we both have to say. So I don’t want to just win the fight, I want to dominate the fight. I want that kind of attitude from him. So it’s going to be a real treat for the fight fans. I just can’t wait.”

Life During The Coronavirus

Since his last fight, the world has descended into chaos as a result of the coronavirus and Raju has also felt the effects of the global pandemic, but considers himself lucky.

“The first three months, I had to stay at home,” said Raju. “I mean it was not that bad. I was very blessed because I had food in front of me. So I was able to stay without any issues, compared to so many people that struggled a lot.

“After that the gym opened but only the striking side opened. The grappling side is still not opened in Singapore. Hopefully this month [it will open]. So I had to coach the striking side and it’s a good experience. There is nothing bad from my angle. I was a blessed human being. The only issue was when I can’t fight. That was my main concern. And it’s just happening. So I’m so happy, I’m so blessed.”

While Khan is renowned for his knockout power, Raju doesn’t think it poses too big of a threat for him. In fact, he has went on to say that he doesn’t believe the Singaporean will land any big shots on him in the fight.

Raju also has acknowledged the Indian talent on the ONE roster, which also includes Arjan Bhullar and Ritu Phogat. The 29 year old has made it clear that he will show his support for his fellow compatriots in ONE Championship and hopes their presence in the organisation will also help with increasing the awareness of mixed martial arts in India.

“I’m very excited to see these great skill guys in ONE Championship,” said Raju. “Before, there was not much high-level fighters from India. So now I’m very happy. I’ll be rooting for every one of them. I will be looking forward to seeing their performance and big wins in ONE Championship.

“I’ll Take Him Down And Finish Him”

Ahead of the fight, Raju is feeling pretty confident. He thinks Khan will be an easy opponent and he doesn’t see the fight going the distance.

“I can see it go a couple of ways,” Raju said. “I can see [me] pushing him straight and finishing him strong or I can see we both go hard at first and I’m getting the finish by the end of the first or second round. I don’t see it going three rounds, even though I have the gas tank to go five rounds.

Can Rahul Raju get the win when he faces Amir Khan at ONE: Reign Of Dynasties on October 9th?