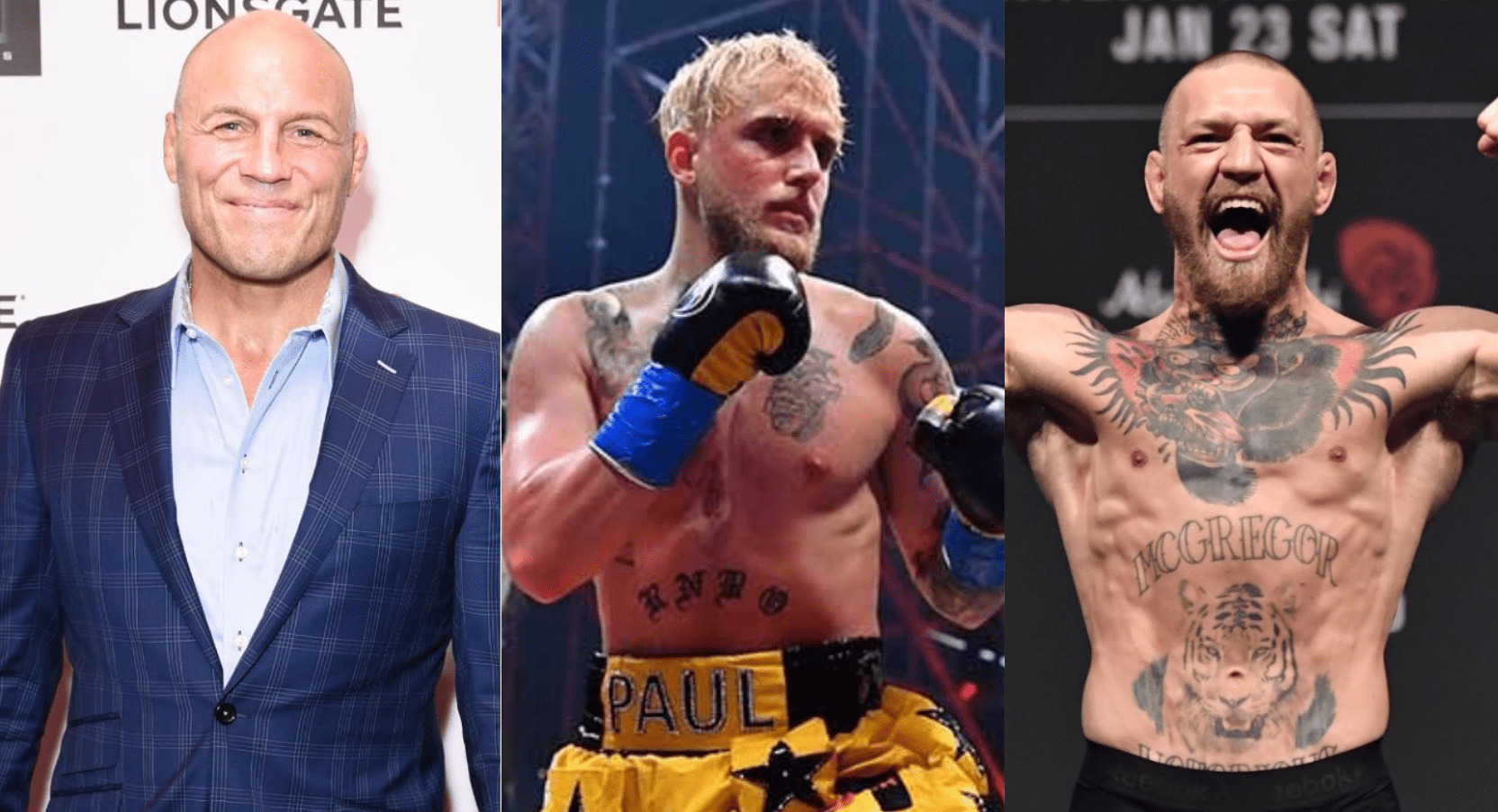 Couture has been a longtime advocate of better pay for MMA fighters, and he’s pleased to know that Paul is using his platform to raise his voice on the issue. ‘The Problem Child’ has been a vocal critic of Dana White over the fighter pay issue in recent months.

Paul improved to 3-0 as a professional boxer after his first-round stoppage win over Ben Askren in April. Although ‘Funky’ suffered a devastating loss, he went home with the biggest payday of his life, despite having won titles in ONE Championship and Bellator.

The 24-year-old is set to face Tyron Woodley next on August 28th. The former UFC welterweight champion’s manager Malki Kawa, revealed that he’s also expected to have his biggest ever payday of his career against the YouTuber turned boxer.

Speaking to the media at the Paul vs Woodley press conference in Miami earlier this month, Paul once again hit out at Dana for not giving the UFC fighters their due share.

”I think there’s a movement moving forward that is going to show that fighters should be getting paid more,” Paul said. “It’s unfair. The UFC fighters don’t have fair pay. Out of all the sports, the percentages that the owners get versus the athletes, they’re the lowest.

“These fighters are risking their lives – you can quite literally die in the ring – and they need to be compensated more. I’m a big proponent of that movement and being in control. F*** that s***. F*** Dana White.”

‘If Jake Paul Gets That Done, Then Great’

Speaking to MMA Fighting, Couture said that he welcomes Paul’s comments, but is surprised that a social media influencer is speaking out against the pay issue in mixed martial arts, while the MMA community has failed to come together to address the issue.

“Why is Jake Paul the one to step up and poke Dana and shine a light on what’s going on and the difference between our sports?” Couture asked. “What the Ali Act does for boxers that doesn’t happen for the rest of us in combative sports. I think that’s what needs to change.

“If it takes Jake Paul to run his mouth and get that done, then great. As long as it gets done. It just seems kind of crazy to me that it’s coming from there and we as athletes in mixed martial arts can’t come together and can’t hold these promoters to a higher standard and create the transparency that we need in the sport.”

Enacted in 2000, the Muhammad Ali Boxing Reform Act, more commonly known as the Ali Act, is a federal law that protects the rights of boxers, helps the US state regulate the sport, and allows fighters better compensations.

McGregor, who made $100 million in his boxing match with Floyd Mayweather in 2017, is also protected by the Ali Act as he’s a professional boxer. However, Couture regrets that instead of using his boxing bout as an opportunity to highlight the plight of his UFC peers, the Irishman decided to side with the promotion, which also took a cut from his cheque.

“The guy that really had a chance to shine a light on it was Conor McGregor,” Couture said. “He got a boxing license. As soon as he got a boxing license, he rendered his UFC contract null and void. He had the protections of the Muhammad Ali Act when he became an official boxer with that boxing number and he chose to bring Dana White and company back into that fight when he could have done all that on his own, kept all that money to himself and shined a light on the problem in mixed martial arts.

“He chose not to do that. He made $100 million off that fight with Floyd Mayweather. That’s more than he’ll probably ever do in mixed martial arts to be truthful.”

Some MMA fighters have praised McGregor for increasing fighter pay in the UFC. While other fighters have stated that his huge paydays have had no impact on how much they are paid for their own fights.

Do you agree with Randy Couture, is Jake Paul doing more for MMA pay reform than Conor McGregor?