RDA On McGregor When Things Go Bad: ‘His Balls Shrink’ 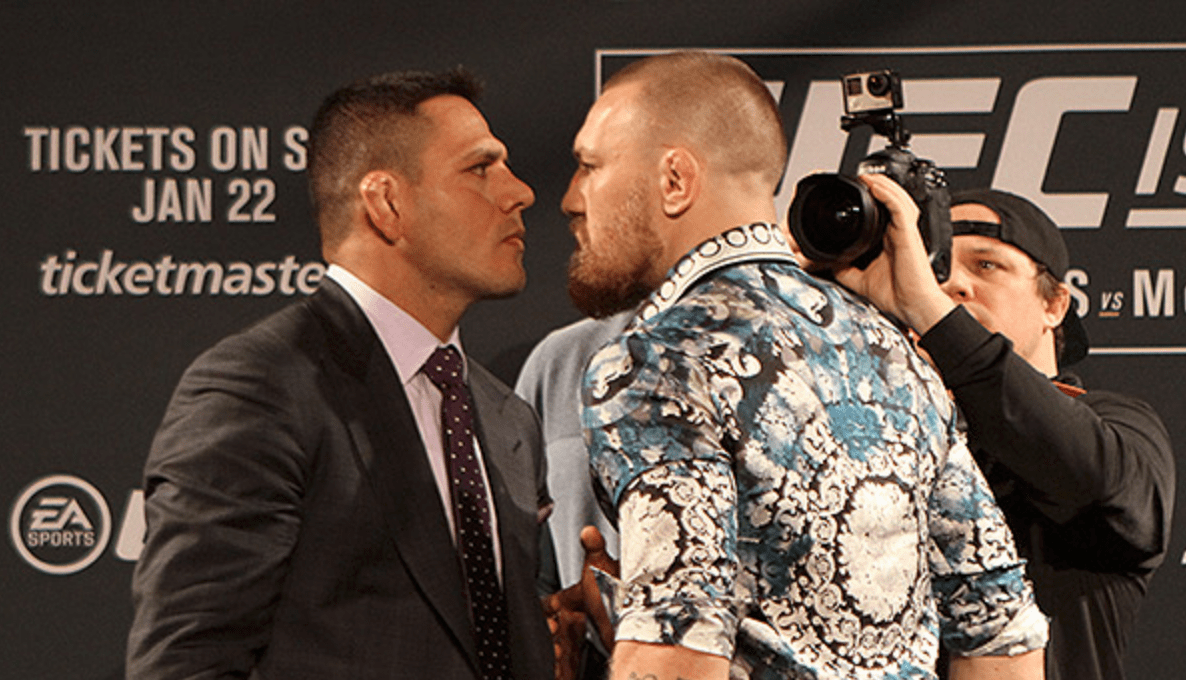 Rafael dos Anjos has said that he would go back down to lightweight to fight Conor McGregor.

While talking to Helen Yee on her YouTube channel, dos Anjos said that he is only interested in big fights now. And although he has no interest in going back down to lightweight, he would be willing to, to finish unfinished business with the Irish man.

“It’s for my career. I have bills to pay, I have a family to take care of and it’s a tough business. And for example, a super fight with Conor for example, I think it would be worth the drop in weight.”

RDA also had some tough words for the former double UFC champion, saying that he wasn’t surprised how his fight went with Khabib Nurmagomedov at UFC, because when things fo bad for him ‘his balls shrink’.

“I knew for Conor’s game, Khabib would be a very tough style wise for him. It’s a very bad match for him. Conor tends to break a little bit. As things get tougher, he tends to break. If everything goes his way, he grow balls but when things get bad for his side, his balls shrink. So I wasn’t surprised for that outcome.”

The two were supposed to fight at UFC 196 in March 2016, for the UFC lightweight title but the Brazilian broke his foot and withdrew. Nate Diaz replaced the then lightweight champion on less than two weeks notice and submitted McGregor in the second round.

McGregor had also spoken about the fact that the two were going to meet in Rio de Janeiro at UFC 224, for the interim welterweight title but the fight was scrapped after the infamous bus incident at UFC 223. Something dos Anjos also confirmed with Helen in this interview.

Would you like to see dos Anjos vs McGregor?