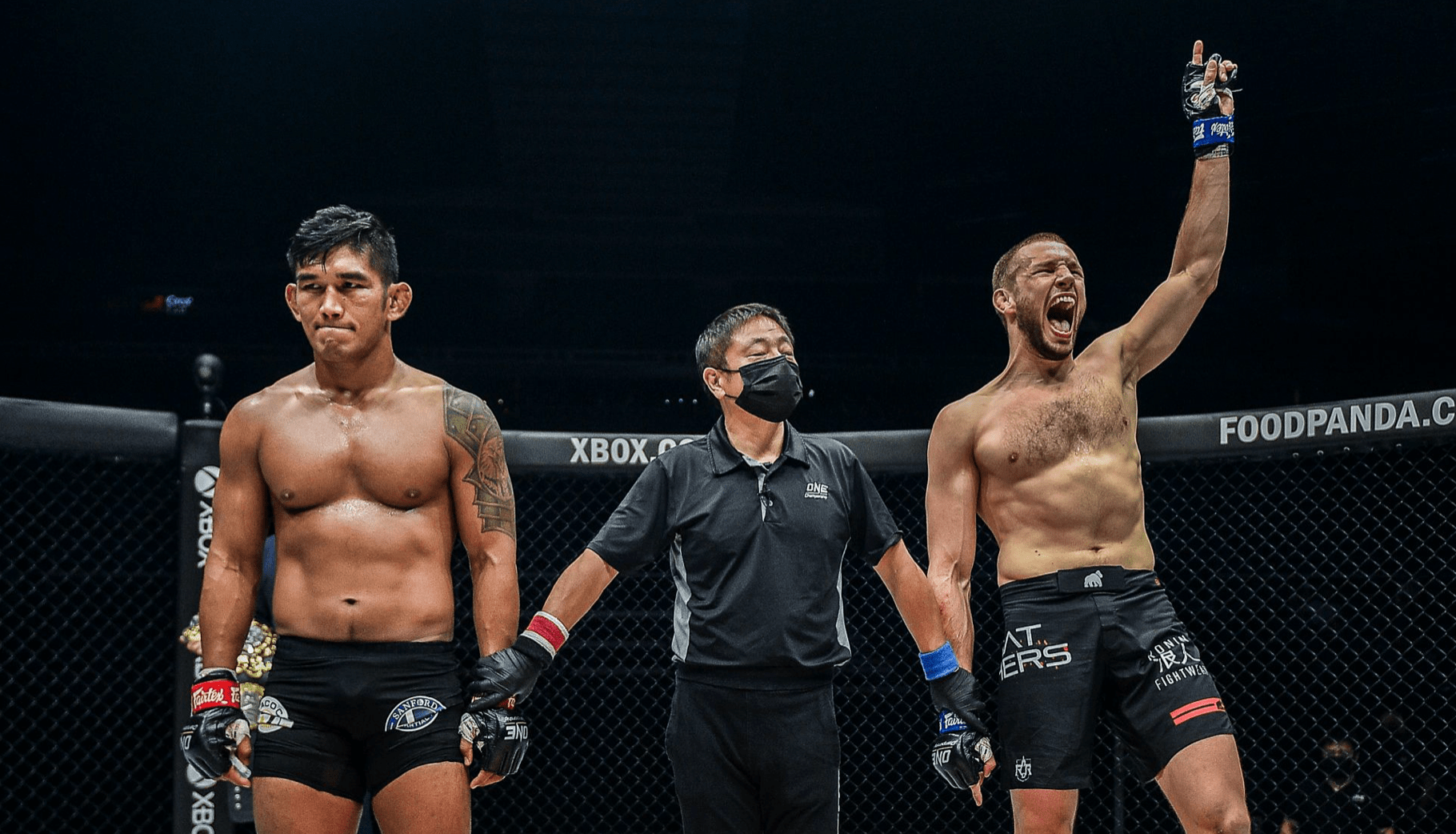 After beating Aung La N Sang to win the middleweight title last October at ONE: Inside The Matrix, Reinier de Ridder is now aiming to capture the light heavyweight title in the rematch.

Aung La was originally scheduled to defend his light heavyweight title against Vitaly Bigdash in their trilogy fight in the ONE on TNT 4 main event, but the Russian was forced to withdraw due to COVID protocols. The fight was then offered to ‘The Dutch Knight’ on less than one weeks’ notice, who was more than happy to oblige.

Speaking exclusively to Asian Persuasion MMA, de Ridder said that he was on vacation with his family when he got the call from ONE Championship, asking him to fill in for Bigdash.

“I was on a holiday with the family last week, and then Thursday morning, I got the call that the option was there after Bigdash pulled out again,” de Ridder said. “I talked to my wife and we said let’s do it and we had to wait till we got it. We got everything done here and we headed home from the vacation, so that I could get tested and get all the paperwork done and then Friday, we got word at around 12pm that everything was settled.”

De Ridder was expected to defend his middleweight title against the ONE welterweight champion Kiamrian Abbasov, but the fight fell through after ‘Brazen’ was forced to pull out due to an ankle injury. The Dutchman said that he’s in fight shape as he was in fight camp until his rival withdrew two weeks ago.

“I was in full training until two weeks ago, then I got word Abbasov pulled out because of an injury and then I took a little bit of a step back,” de Ridder said. “So I went on holiday with the fam but still trained every day but not that intense, and now here we are.”

Instead of defending his title, de Ridder will now fight to become a double champion against Aung La, which excites him even more than a title defence against Abbasov.

“It’s a more exciting fight actually than the Abbasov fight,” de Ridder revealed. “It’s cool to be a double champion, so I’m very excited. It’s very cool to be here again. I’m ready man, I feel amazing, I got my mind right 15 minutes after the call, so I’m ready to do it all again.”

De Ridder has fond memories of his first fight with Aung La, where he submitted him in under than four minutes to win the middleweight title. The Breda native has a great amount of respect for the Myanmar superstar, and feels that his ONE on TNT 4 bout will be different from the first one.

“I’ll take my hat off to that,” de Ridder said when asked about Aung La accepting the fight with him. “I’m not sure what it means for him, but I think the fight will be a little different this time. I think he will approach it a little differently. Last time he practically came running to me, which was very nice for me to get the take down early. I imagine it’s going to be a little bit more of a job for me this time to get him down, because I think he’ll hang back a bit but that’s fine and I’m just excited to do it again.”

While de Ridder is expecting a tougher fight in the rematch, he hopes to beat his previous time and submit Aung La in less than three minutes this time around.

“I see myself submitting him again but as I said, I think I’m going to have to put some more work in to get him down this time,” de Ridder said. “So I see it happening against the cage, maybe the takedown this time, but it would be nice to go below the three minute mark this time. I’m not sure if I’ll managed it but I’ll try.”

Fighting On The ONE On TNT Series Alongside Legends

ONE on TNT 4 also features two crucial lightweight matchups, between Eddie Alvarez and Ok Rae Yoon in the co-main event, and a rematch between Shinya Aoki and Eduard Folayang. De Ridder is especially excited to compete on the same card as the Japanese legend.

“I really enjoy his (Aoki’s) style, the guy is a little animal man,” de Ridder said. “I really like the way he moves and his demeanour during fights, so that’ll be cool. I’ve never met Eddie but it’d be cool to share a card with him as well.”

With ONE on TNT 4, de Ridder has the opportunity to make a name for himself in the North American market, and he’s looking to make the most of the opportunity.

“Maybe make a little bit of a name over there would be cool,” de Ridder said. “Most Asians know what I did last time, so maybe I can show the Americans this time.”

Do you think Reinier de Ridder will beat Aung La N Sang to become a two-division champion at ONE on TNT 4?